Photos: Uncertainty and calls for resilience in Puerto Rico as residents wait for aid

Scenes of a devastated Puerto Rico are continuing to pour in as the island seeks assistance in recovering from Hurricane Maria, which made landfall Sept. 20.

Those on the ground say displaced people are gathering in droves around available cell towers, their phones held to the sky, hoping for a few bars of service. On an island with 3.4 million U.S. citizens, people wait in long lines for a few bottles of water, groceries or gas. Communication is difficult and roads are barely accessible.

“The magnitude of this catastrophe is enormous. This is going to take a lot of help,” Puerto Rico Gov. Ricardo Rosselló told the NewsHour on Tuesday, adding that the island would need “unprecedented” aid to rebuild.

The American Red Cross, reporters and residents on the island, in talking with the NewsHour, observed community resilience in the face of widespread devastation. However, some say federal aid is coming too slowly, especially to the island’s most remote communities. Up in the mountains, people wait “in line for non-potable water that had been sitting stagnant in municipal tanks for days,” NPR’s Camila Domonoske, who’s reporting from Puerto Rico, told the NewsHour.

Late Thursday, President Donald Trump announced that he would waive the Jones Act, lifting its restrictions on foreign ships and their ability to transport supplies to Puerto Rico. The act was also waived for relief efforts after Hurricanes Harvey and Irma.

Trump said he will visit Puerto Rico on Tuesday, citing “massive efforts” on the part of the U.S. to aid recovery and defending his administration’s response to hurricane relief. White House press secretary Sarah Sanders said in a news brief Thursday that “the full weight of the United States government is engaged to ensure that food, water, healthcare and other lifesaving resources are making it to the people in need.”

Homeland Security Adviser Tom Bossert also said that there is a “dual priority” in Puerto Rico to distribute aid and restore power. Bossert identified blocked roads as one of the largest challenges currently facing aid efforts. Responding to questions on the viability of air drops, Bossert said that forces on the ground have identified ground transport as the most effective means of delivery.

Here’s a primer on how to contribute to aid and volunteer efforts for Puerto Rico. 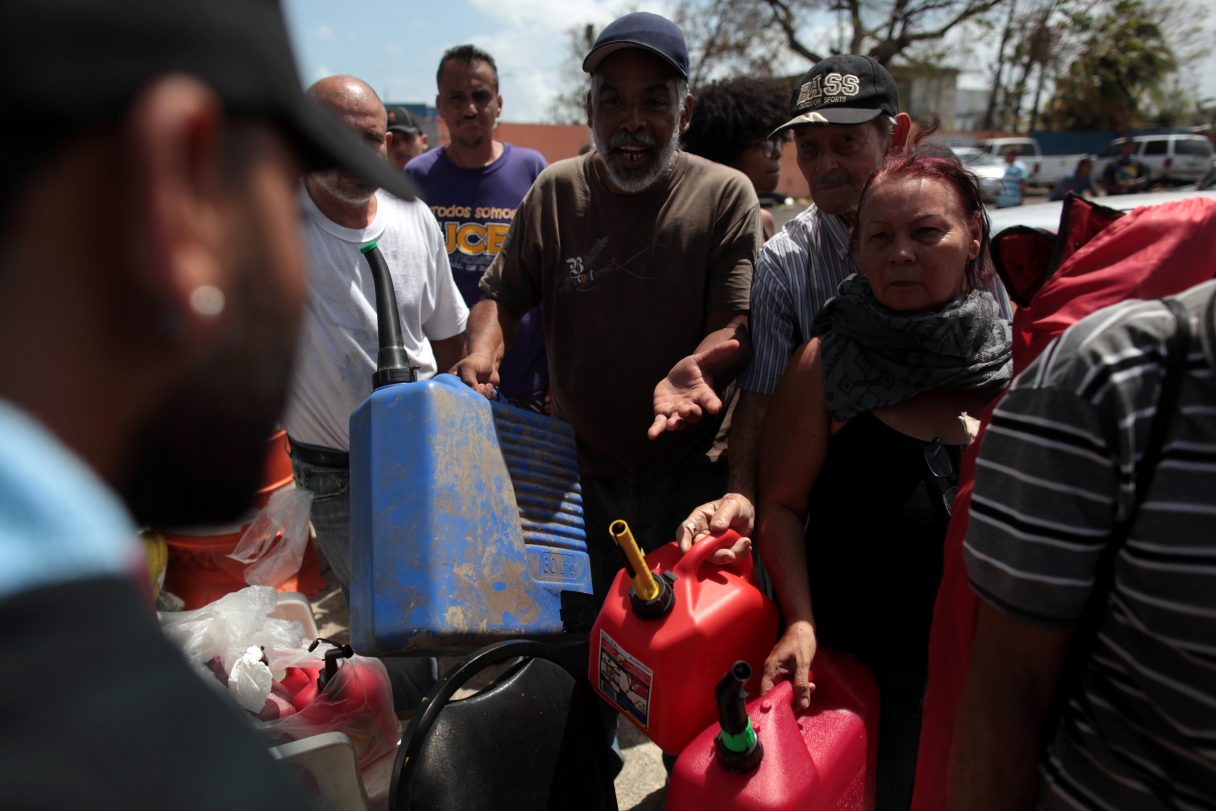 People queue at a gas station to fill up their fuel containers, after the island was hit by Hurricane Maria, in San Juan, Puerto Rico, on Sept. 28, 2017. Photo by Alvin Baez/Reuters 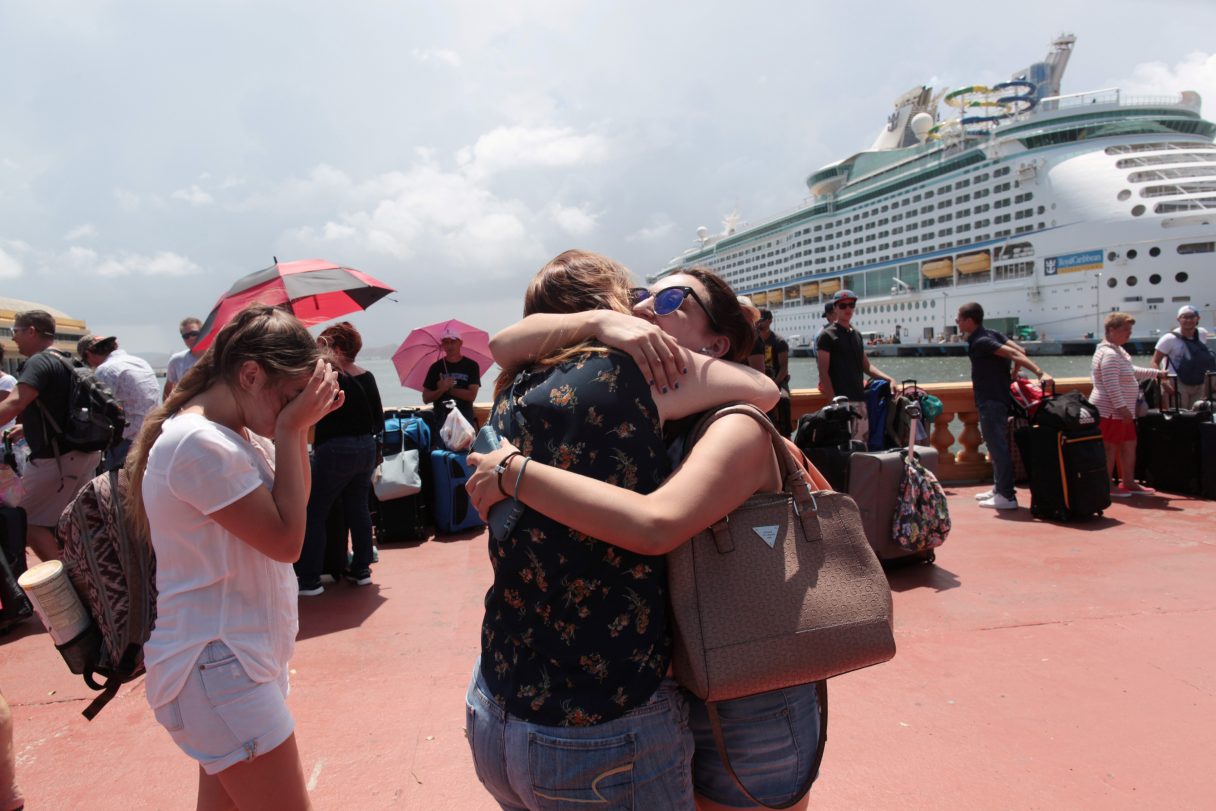 Women hug as people line up to board a Royal Caribbean cruise ship that will take them to the U.S. mainland, in San Juan, Puerto Rico, on Sept. 28, 2017. Photo by Alvin Baez/Reuters 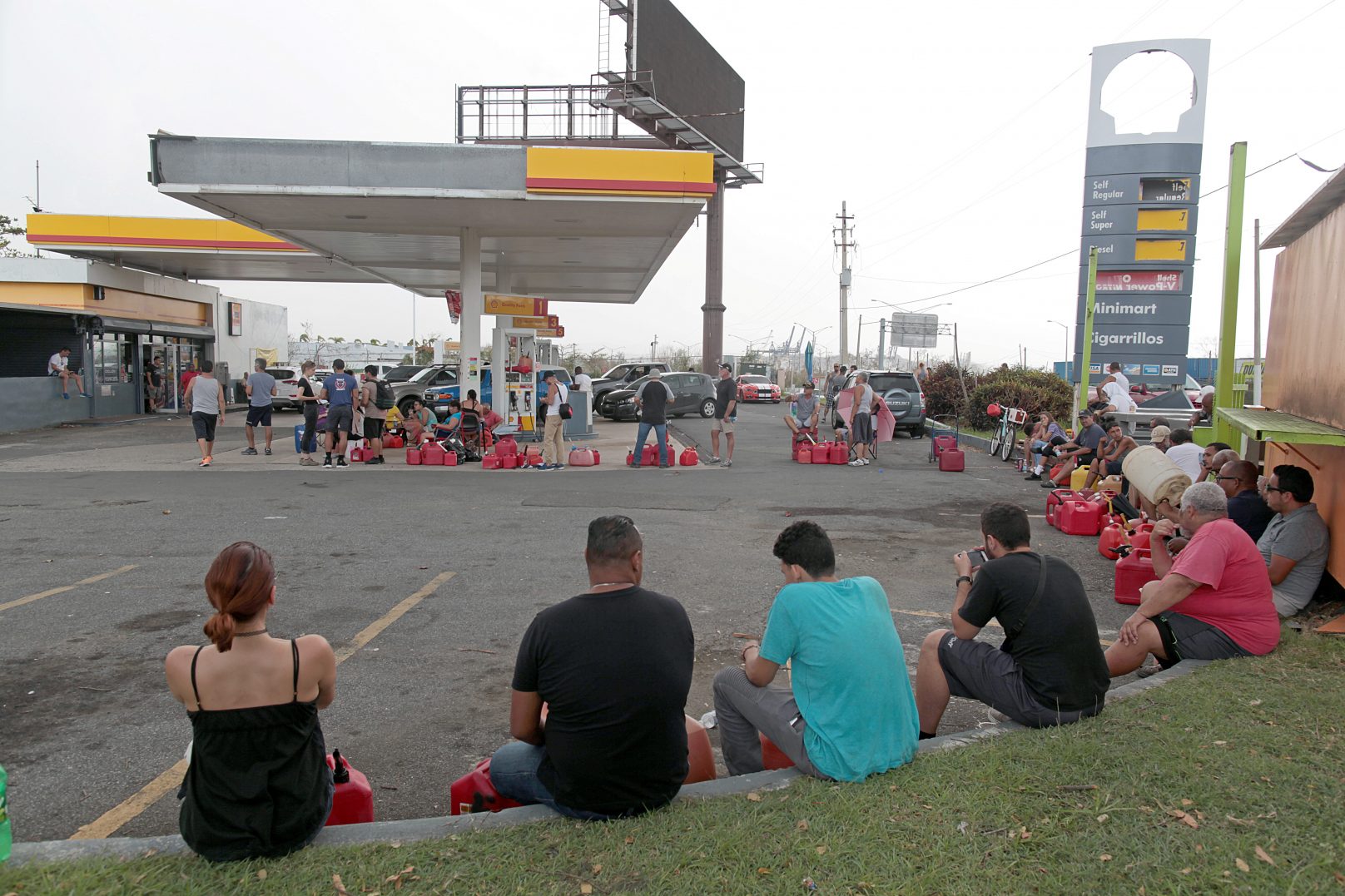 People wait at a gas station to fill up their fuel containers, in the aftermath of Hurricane Maria, in San Juan, Puerto Rico, on Sept. 27, 2017. Photo by Alvin Baez/Reuters 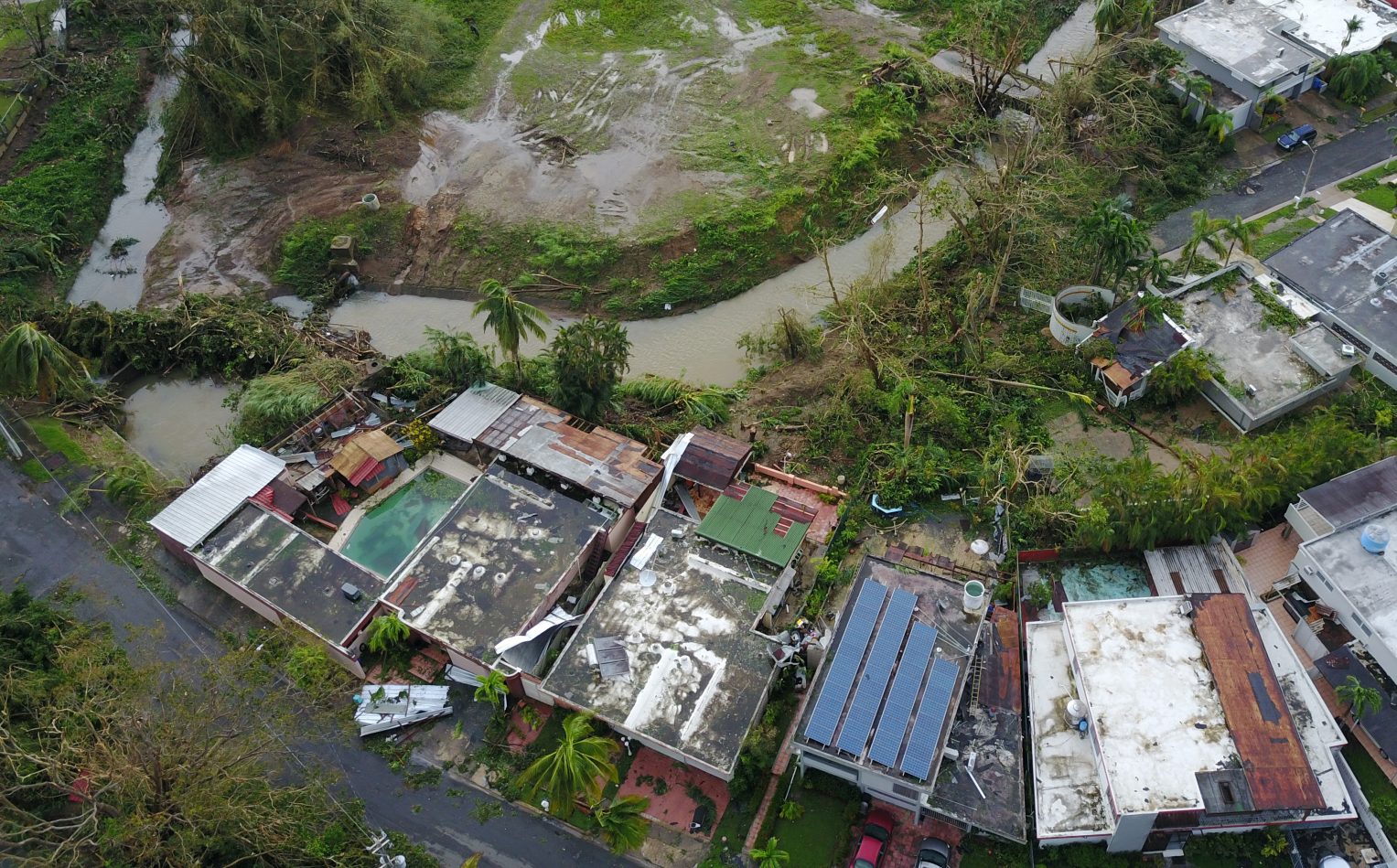 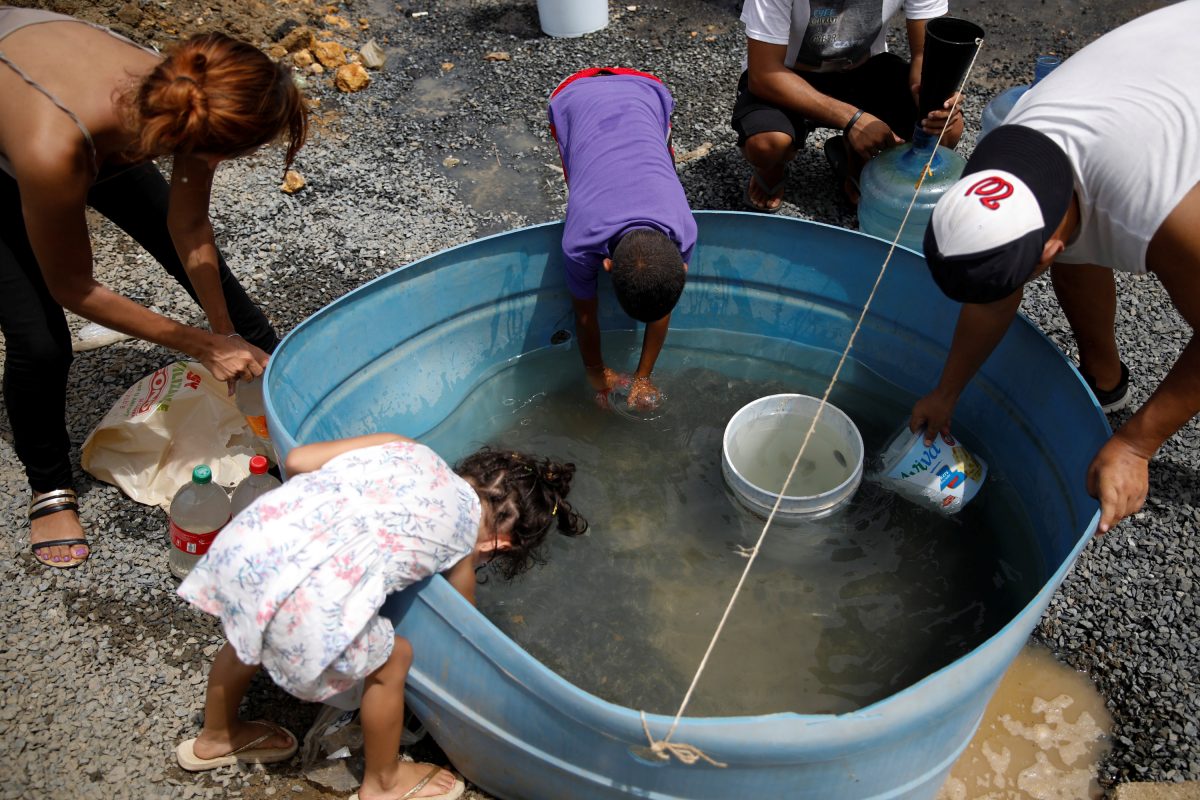 People fill containers with water at an area hit by Hurricane Maria in Canovanas, Puerto Rico, on Sept. 26, 2017. Photo by Carlos Garcia Rawlins/Reuters 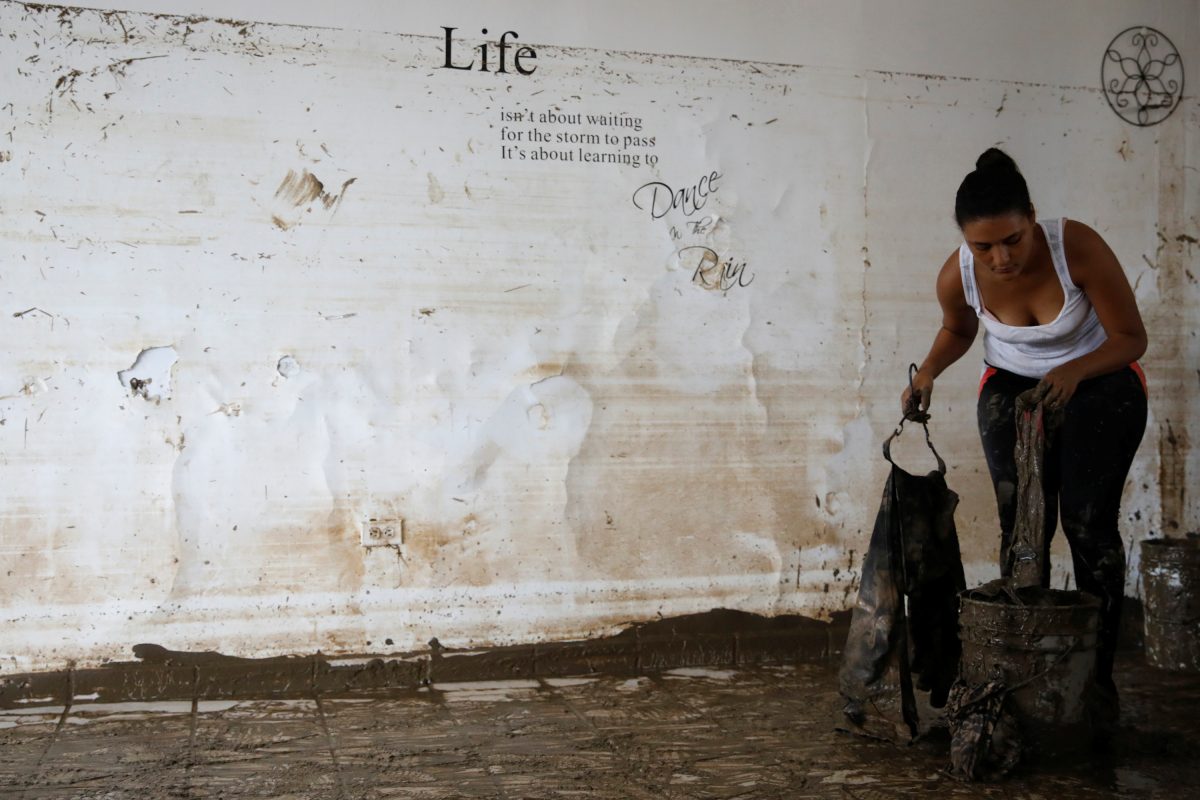 Ana Coreino puts the clothes in a container while she cleans the mud in her house after the area was hit by Hurricane Maria in Toa Baja, Puerto Rico, on Sept. 24, 2017. Photo by Carlos Garcia Rawlins/Reuters

Left: People queue to fill containers with water from a tank truck at an area hit by Hurricane Maria in Canovanas, Puerto Rico, on Sept. 26, 2017. Photo by Carlos Garcia Rawlins/Reuters