Calls to U.S. poison control centers about an unapproved antidepressant that has opioid-like effects have climbed dramatically since 2015, according to a new analysis published by the Centers for Disease Control and Prevention.

Tianeptine is used as an antidepressant in Europe, Asia, and Latin America. It hasn’t been approved by the Food and Drug Administration. But it’s easy to buy the drug online as a diet supplement or research chemical and is sometimes abused, because it can give users an opioid-like high.

Now, as the opioid crisis continues to flare, health officials are worried it could pose a possible public health threat. In April, Michigan Gov. Rick Snyder passed a measure to reclassify tianeptine as a Schedule II controlled substance after a series of overdoses linked to the drug in 2017.

“In light of the ongoing U.S. opioid epidemic, any emerging trends in drugs with opioid-like effects raise concerns about potential abuse and public health safety,” the authors wrote. 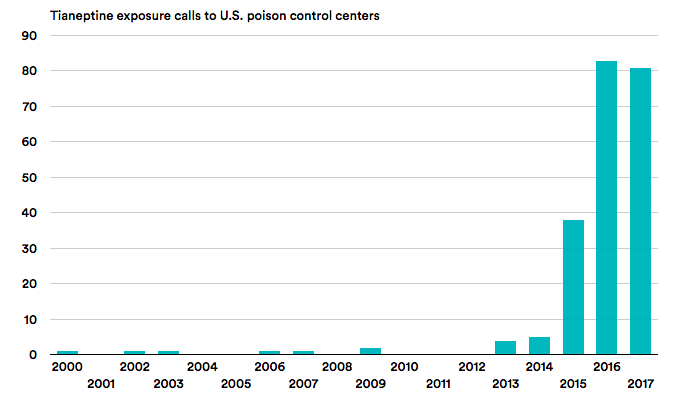 From 2000 to 2017, there were 218 calls related to tianeptine exposure recorded in the National Poison Data System. Of those calls, 121 were for people ages 21 to 40, and 119 were classified as intentional exposures.

The spike in poison center calls followed a 2014 paper that showed that the drug works on the opioid receptors and can produce a high. The study found that some of the cases reported to poison control centers included neurologic, cardiovascular, and gastrointestinal issues. In some cases, the symptoms mimicked those caused by opioid toxicity or withdrawal. 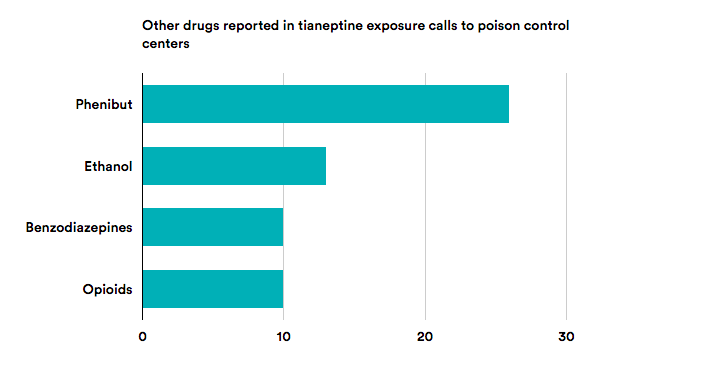 The authors said health care providers should be on the lookout for potential cases of tianeptine abuse or withdrawal and should call poison control centers for guidance if they suspect a patient has used tianeptine.

AThis article is reproduced with permission from STAT. It was first published on August 2, 2018. Find the original story here.

Left: A general view of the Centers for Disease Control and Prevention (CDC) headquarters in Atlanta in 2014. Photo by Tami Chappell/File Photo/Reuters