Twelve Russian intelligence officers were accused Friday of trying to interfere in the 2016 presidential elections, including a hack of Democratic National Committee.

The allegations came in the latest indictment from special counsel Robert Mueller’s investigation into Russian interference in the elections and possible ties to President Donald Trump’s campaign. The announcement comes days before Trump’s scheduled meeting with Russian President Vladimir Putin; the president pledged this morning during his visit with British Prime Minister Theresa May to raise the issue of election meddling with Putin.

WATCH: 12 Russians accused of hacking Democrats in 2016 US election

According to the indictment, the officers worked for a military agency known as “GRU,” which conspired to hack into computers of those working on the elections with the goal of stealing and releasing documents. That includes the DNC, but also computers associated with the Democratic Congressional Campaign Committee as well as those of volunteers and employees of the Hillary Clinton campaign.

Starting in June 2016, they released tens of thousands of these documents using online pseudonyms, such as “Guccifer 2.0” and “DC Leaks.” They used a network of computers around the world, a system paid for with cryptocurrency, to conceal their identities.

They also broke into the computers of those charged with overseeing elections, including state election officials and secretaries of state, as well as companies in charge of election technology and software.

Deputy Attorney General Rod Rosenstein said he has no evidence that the hacking changed the outcome of the 2016 election, nor that “any American was a knowing participant in the alleged unlawful activity.”

Read the full indictment below. 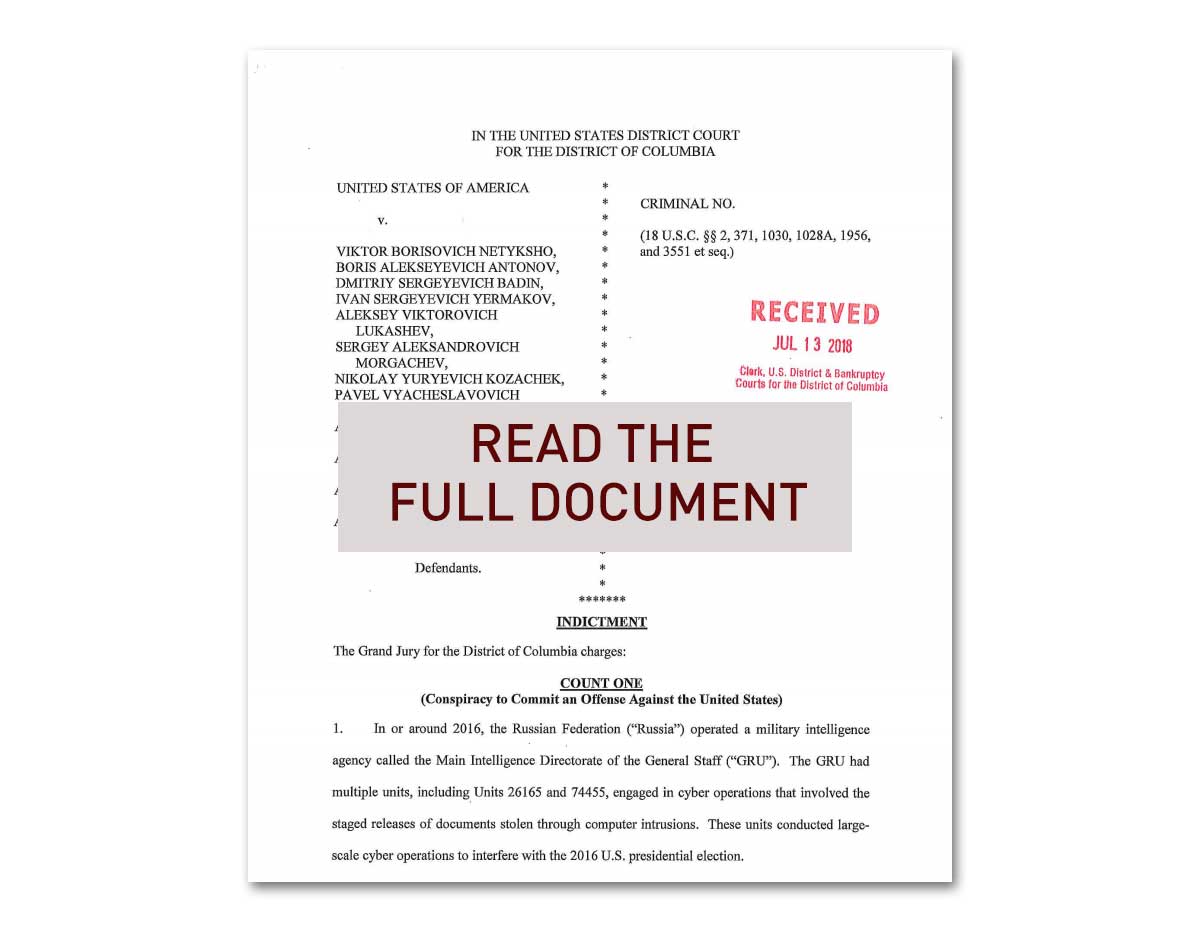 Left: Deputy U.S. Attorney General Rod Rosenstein is expected to leave the Department of Justice after the new attorney general is confirmed, according to sources. Photo by Leah Millis/Reuters