While investigators did not find links to alien life in a long-anticipated report on unidentified aerial phenomena released Friday, the research marked a milestone in an area of intelligence research that has attracted increased attention from lawmakers and extraterrestrial enthusiasts across the country.

The report did not offer many conclusions around the 144 sightings of aircraft or other devices apparently flying at mysterious speeds or trajectories it examined. But it did identify five categories of “unidentified aerial phenomena” (UAP), including the possibility of technology operated by foreign actors and naturally-occuring phenomena. It called for better data collection about what’s increasingly seen by Democrats and Republicans as a national security concern. In all but one of the sightings investigated, there was too little information for investigators to even broadly characterize the nature of the incident.

The Unidentified Aerial Phenomena Task Force has 11 reports of documented instances in which pilots reported near misses with a UAP.

Congress ordered the analysis after growing concern about national security threats. The deadline for the report was early next week.

Read the full report by clicking the image below. 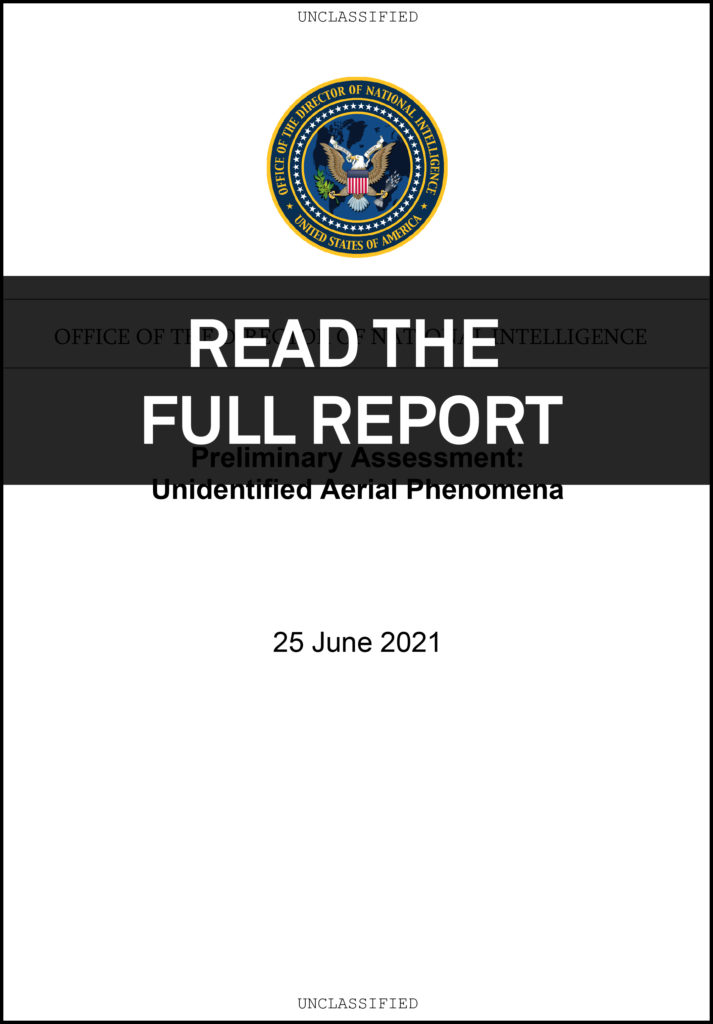 Left: An unidentified aerial phenomena is pictured as part of an investigation by the Unidentified Aerial Phenomena Task Force. The task force released a report that found no links between extraterrestrial life and the 144 events or sightings the report examined. Credit: Department of Defense.