A federal judge in Houston ordered a geriatric prison in Texas to help inmates overcome extreme heat and rising summer temperatures, referencing climate change in a groundbreaking ruling this week.

U.S. District Judge Keith Ellison deemed it cruel and unusual that state corrections are aware of dangerous and lethal heat risks — at least 23 men in Texas prisons have died from the heat in the last 20 years — yet have failed to impose safeguards.

Ellison slammed the Texas Department of Criminal Justice for continuously violating the Eighth Amendment by subjecting inmates at the Wallace Pack Unit south of Navasota to heat indexes that regularly exceed 100 degrees in summer. 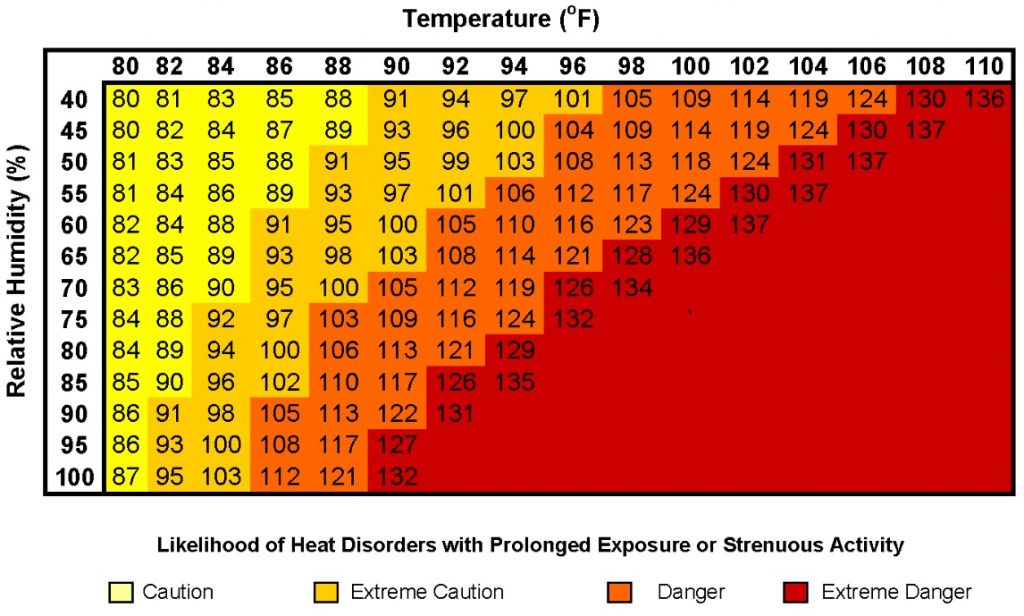 Texas has the largest state-run prison system in the country, with over 150,000 inmates, approximately 18,000 of them over the age of 55, having expanded from 18 prisons in 1978 to the current 106. Of those, 28 have air conditioning in all housing areas while the rest often only have it for staff, if at all, according to corrections.

The six plaintiffs in the case testified that they get headaches and excessively sweat, become lethargic and are debilitated, some while working and some with health issues and on medications that prevent their bodies from adjusting to high temperatures.

“The Eighth Amendment imposes a duty on prison officials to provide ‘humane conditions of confinement’,” Ellison wrote in a 100-page ruling. “Plaintiffs have shown a substantial risk of serious injury or death as a result of the conditions at the Pack Unit.”

While he does not use the words “climate change” in his order, he refers to a report called “Heat in U.S. Prisons and Jails, Corrections and the Challenge of Climate Change,” by Columbia Law School.

The reference comes as a footnote after the sentence, “The Court and the parties have no way of knowing when a heat wave will occur, but it is clear that one will come.”

“I understand this is prison and I’ve paid my dues for my crime, but does that justify me being subjected to live in unsanitary conditions?” — Keith “Malik” Washington, Texas inmate

Michael Gerrard, a professor at the law school, who teaches about climate and environmental law and supervised the report, said that he believes it is the first time a judge has referred to the threat climate change poses to inmates.

“The next lawsuits about heat in prisons will probably cite this decision, both in general and in support of the proposition that heat will get even worse moving forward,” Gerrard said.

This is the second preliminary ruling in the class-action lawsuit, which followed a record-breaking heat wave in 2011 that killed 10 people inside state prisons.

About one year ago, the court ordered corrections to provide safe drinking water for inmates at the Pack unit after tests revealed arsenic in the water at two-to-four times the standard level permitted by the U.S. Environmental Protection Agency.

Inmates recently filed a similar complaint at the state’s oldest maximum security prison, the Eastham Unit in Lovelady. Eastham was built on top of land where slaves were forced to work before the Civil War. After the war, it was maintained by many newly-freed slaves who were convicted of crimes during the Jim Crow era and leased back to landowners, according to the book “Texas Tough” by historian Robert Perkinson.

People at Eastham are claiming in federal court that the water there is foul, that it smells and leaves gritty residue in their mouths and has caused untreatable and relentless stomach problems, as well as black mold in their cells.

“I understand this is prison and I’ve paid my dues for my crime, but does that justify me being subjected to live in unsanitary conditions?” wrote Keith “Malik” Washington, an inmate at Eastham who is helping with the case, in a letter to the NewsHour Weekend.

The suit cites “boil water” notices that have been posted in the facility by the state’s environmental agency and reminds the court that inmates are not allowed to boil the water and are forced to drink it in the scorching heat during summer months.

But the judge in that case said the claims are “rather routine” and did not permit the plaintiff a lawyer to represent the case, significantly decreasing the chances it will play in their favor.

The Texas Department of Criminal Justice denies that water is unsafe at any of its facilities and has stated it will appeal Ellison’s ruling.

And in an interview before the ruling, vice president for offender health services Dr. Owen Murray also denied that there are any water or heat-related health issues.

These issues in Texas prisons have been under a scrutinous eye since the summer of 2011. In the middle of the state, more than 100 days were 100 degrees or more, shattering all previous records dating back to 1907, according to the National Weather Service.

Inside facilities, which are rarely air conditioned, it feels a lot hotter because massive groups of people are confined to small spaces with little ventilation. This makes the heat index — the combination of temperature and humidity that projects what the weather feels like — skyrocket.

And while county, juvenile and federal prisons as well as states such as Alabama, Ohio and Delaware all have regulations on heat, Texas state corrections does not.

Lance Lawry, the president of a union representing 4,000 correctional officers statewide, described the inside of state prisons during the summer as “hell on earth.”

“They’re kind of like a big bathroom, they have toilets, they have sinks, showers going and there’s a lot of humidity produced in there,” Lance said. “It’s not uncommon for them to get 120 or 130 degrees in there with the high degree of humidity.”

A senior medical director in August of 2011 had also written in an email to colleagues after two inmates had to be airlifted, “With our aging and sicker population, we really need a better long term strategy for dealing with this type of weather.”

Several families of inmates who died have also issued wrongful death lawsuits related to heat, supported by the union.

In Ellison’s ruling, he was taken aback that corrections had not made any new substantive policies about heat wave since then. He also said that indifference has permeated all aspects of handling extreme heat — from refusing to consider air conditioning to using cooling units that can sometimes make humidity worse.

“In some cases Defendants’ actions have risen beyond indifference to obstruction, such as when, after this lawsuit was filed, [the warden] ordered his staff to stop measuring the indoor heat index during the summer months,” he wrote.

He ordered that the inmates who are most vulnerable to heat-related illnesses be housed in units that do not exceed 88 degrees on the heat index.

An expert for Texas corrections testified that it could cost $1.2 million to air condition for three months or $22 million to install a permanent system at Pack, but Ellison pointed out flaws in the testimony, saying it was “needlessly high and does not accurately reflect the true cost.”

Inmates can buy a fan for about $20 at their commissary, but not all facilities have the proper outlets and the U.S. Centers for Disease Control and Prevention does not recommend them above heat index of 95 degrees because using them can make people even hotter.

Still, Joan Covici, who runs a nonprofit that allows people to donate fans to inmates, said, “There have been many years we have not been able to serve all the people on the waitlist.”

Left: Prisoners from all over the vast Texas prison system come to the Walls Unit in Huntsville, Texas to be processed for release at the completion of their sentences. Photo by Andrew Lichtenstein/Corbis via Getty Images