Is rural America a thing of the past?

The image of the families like the Joads from The Grapes of Wrath loading up their meager possessions and leaving the farm for the city is a powerful one in the American psyche. It’s almost as powerful as the image of the sturdy farmer plowing the acres he received under the Homestead Act of 1862.

Yet, it wasn’t until the last census in 2010 that rural America officially lost population for the first time. In fact, 72 percent of United States is classed as “rural” area. That majority of the land mass holds only 15 percent of the population — about 46.2 million people.

It is the center of the country that lost population in the Great Depression that is hollowing out again. Our NewsHour Weekend report  (below) documents efforts in Kansas to lure people back to  rural areas with student loan and tax incentives. But will it work? 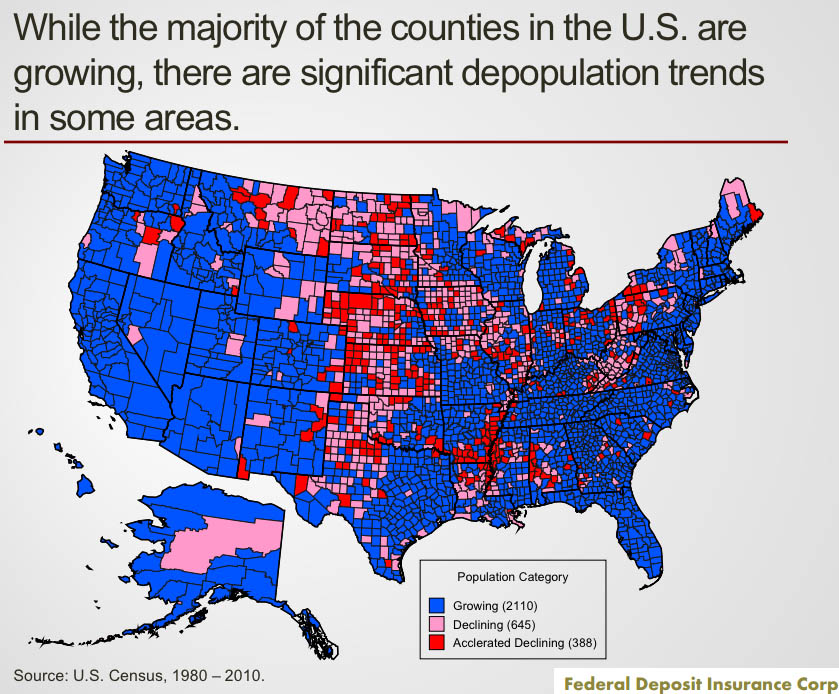 Kansas actually gained population in the last census, but almost none of it went to rural counties. You can find out where Americans are headed with USA Today’s interactive feature on the 2010 Census. The migratory paths show that it’s not just younger people heading to cities for opportunity that’s draining the plains, but also the growing number of retirees trading in rural life for the burgeoning settlements in the sunbelt.