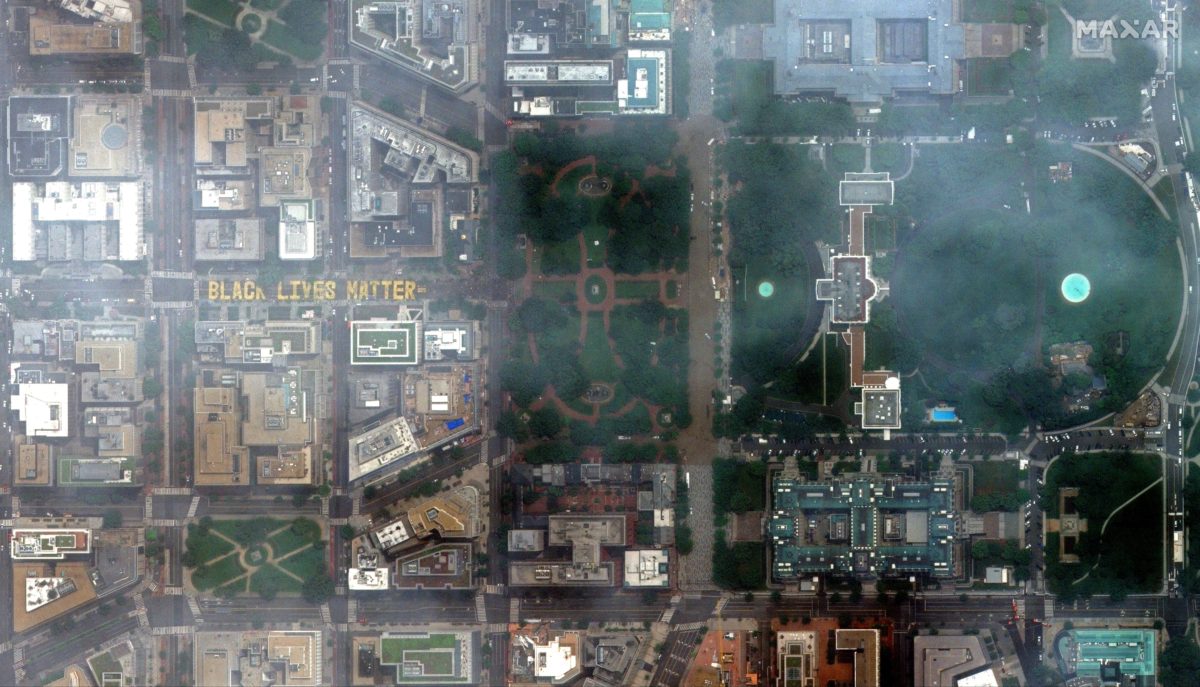 Thousands of protesters gathered in Washington — and in cities across the nation — to raise awareness of police brutality and the violent police tactics that have been used on demonstrators. 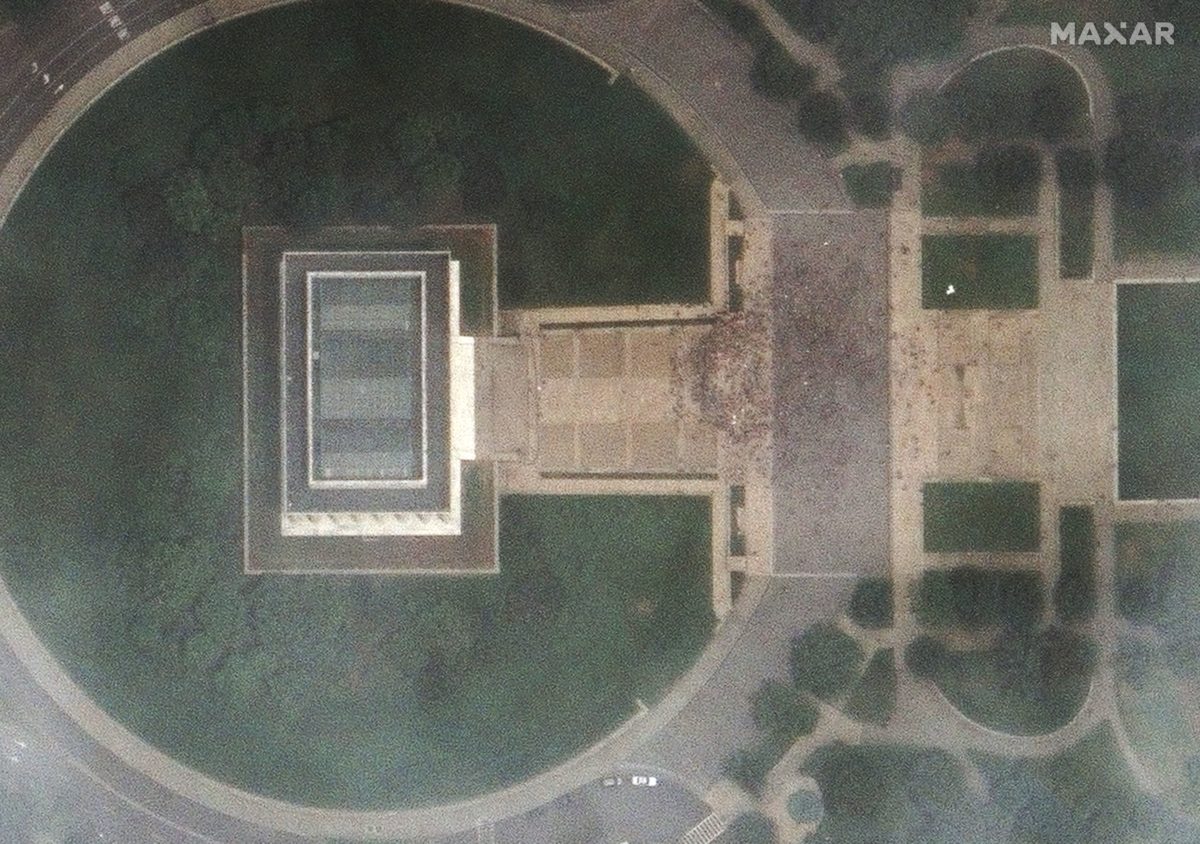 Protesters gathered in Washington to raise awareness of police brutality. In one satellite image, protesters can be seen gathered around the Lincoln Memorial on the National Mall. Photo courtesy of Image@MaxarTechnologies.

In response to the mural, which was ordered by D.C. mayor Muriel Bowser, Black Lives Matter released a statement: “This is a performative distraction from real policy changes. Bowser has consistently been on the wrong side of BLMDC history. This is to appease white liberals while ignoring our demands. Black Lives Matter means defund the police.”