The warrants served shortly after 9 a.m. are “a pretty standard” part of the ongoing investigation into the tragedy to determine whether any crimes were committed, he said. The office was ringed in red “crime scene” tape as more than a dozen agents took photos and carried out boxes.

Thirty-four people died when the Conception burned and sank before dawn on Sept. 2. They were sleeping in a cramped bunkroom below the main deck and their escape routes were blocked by fire.

The bodies of all but one victim have been recovered. The search for the final body was suspended this weekend because of strong winds and rough seas, Raney said.

“The dive teams are going to get together Monday to develop a plan. We’re hoping they’re back in the water on Tuesday,” he said Sunday. 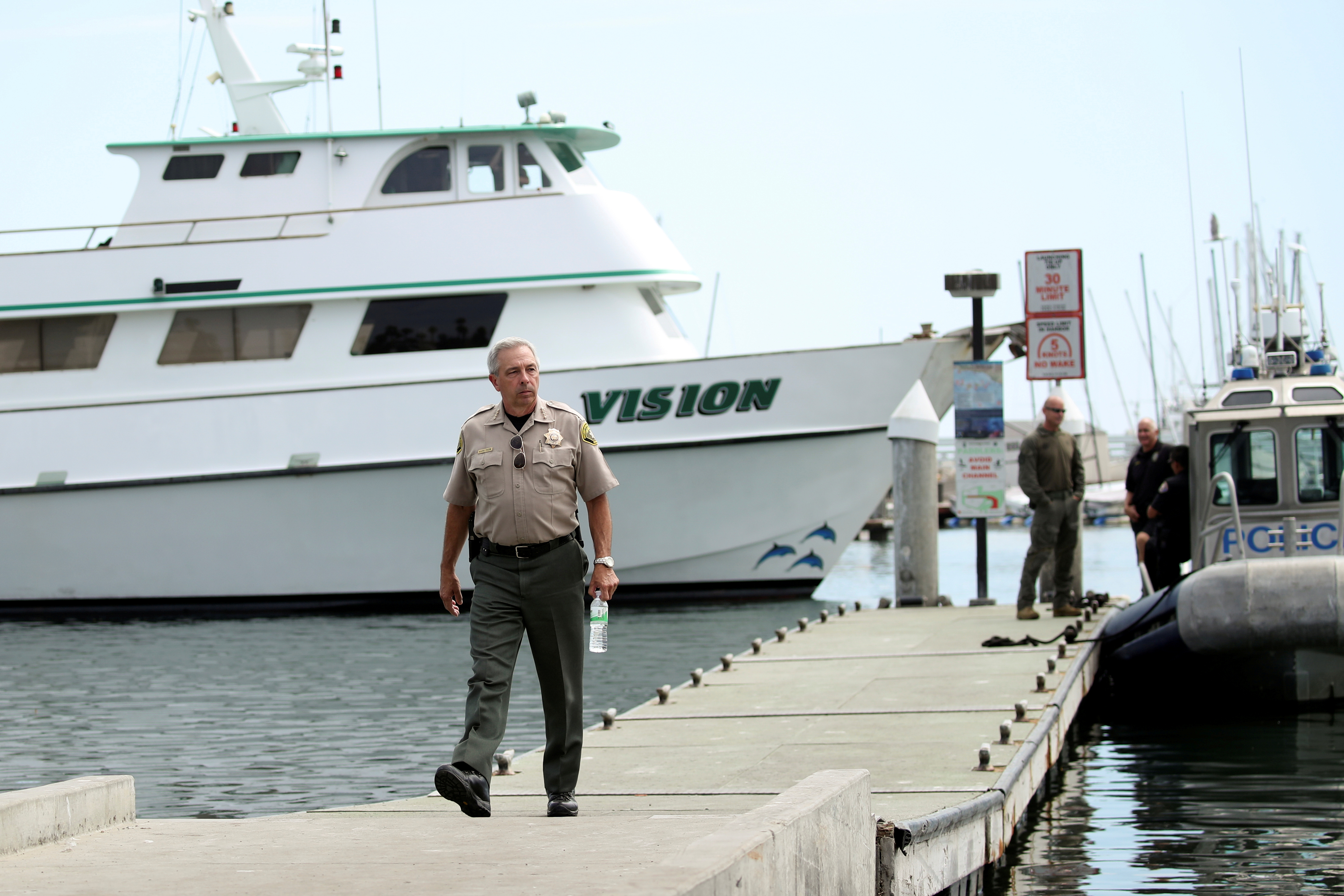 Mark Pazin, head the California Governor’s Office of Emergency Services Law Enforcement Branch is shown after inspecting Truth Aquatic’s Vision ship, one similar to the Conception involved in a pre-dawn fire and sank off the coast of Santa Barbara, California, U.S., September 3, 2019. Photo by Mike Blake/Reuters.

Coast Guard records show the Conception passed its two most recent inspections with no safety violations. Previous customers said Truth Aquatics and the captains of its three boats were very safety conscious.

Authorities are focused on determining the cause of the fire and are looking at many things, including how batteries and electronics were stored and charged. They will also look into how the crew was trained and what crewmembers were doing at the time of the fire. The boat’s design will also come under scrutiny, particularly whether a bunkroom escape hatch was adequate.

Five crew members jumped overboard after trying to rescue the 33 scuba divers and one crew member whose escape routes were blocked by fire, federal authorities and the boat’s owner said. The crew, including the captain, said they were driven back by flames, smoke and heat.

They jumped from the bridge area to the main deck — one breaking a leg in the effort — and tried to get through the double doors of the galley, which were on fire.

That cut off both escape routes from the sleeping quarters: a stairway and an escape hatch that exited in the galley area. The crew then tried, but failed, to get into windows at the front of the vessel.

Truth Aquatics pre-emptively filed a lawsuit Thursday under a pre-Civil War provision of maritime law that could protect it from potentially costly payouts to families of the dead, a move condemned by some observers as disrespectful and callous.

The company said in a statement posted Friday on Instagram that the lawsuit is an “unfortunate side of these tragedies” and pinned the action on insurance companies and other so-called stakeholders.