Barrett’s confirmation on Monday was hardly in doubt, with majority Republicans mostly united in support behind President Donald Trump’s pick. But Democrats were poised to keep the Senate in session into the night in attempts to stall, arguing that the Nov. 3 election winner should choose the nominee to fill the vacancy left by the late Justice Ruth Bader Ginsburg. 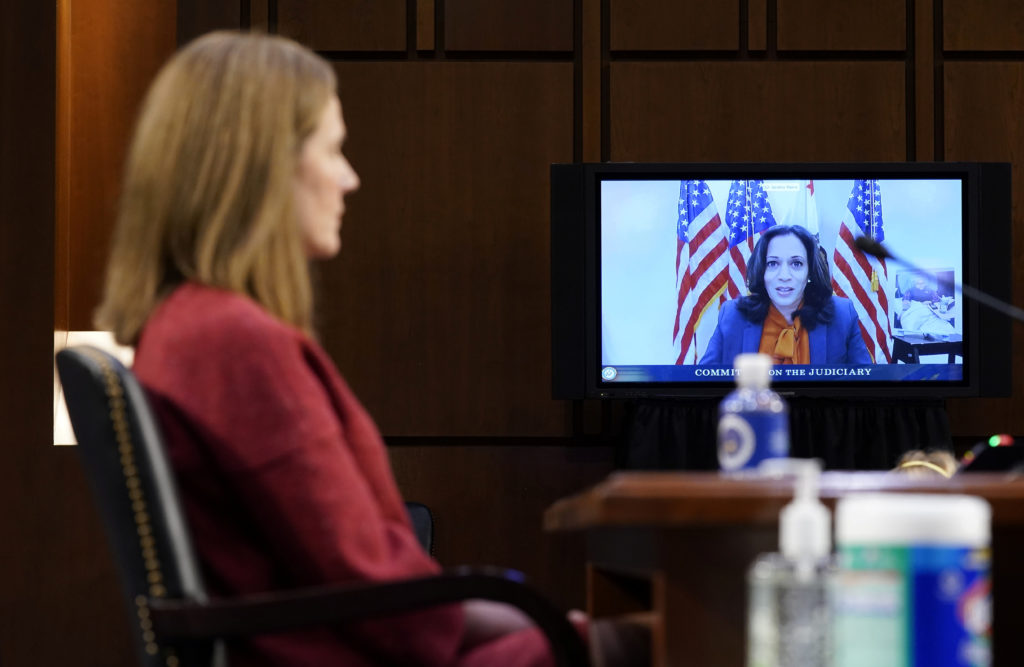 Republicans are excited by the chance to install a third Trump justice on the court, locking in a conservative majority for years to come. Barrett’s ascent opens up a potential new era of rulings on abortion, gay marriage and the Affordable Care Act. A case against the Obama-era health law scheduled to be heard Nov. 10.

“The Senate is doing the right thing,” said Senate Majority Leader Mitch McConnell, vowing to install Barrett to the court by Monday.

The 51-48 vote launched 30 hours of Senate debate. Two Republicans, Lisa Murkowski of Alaska and Susan Collins of Maine, voted against advancing the nominee, and all Democrats who voted were opposed. California Sen. Kamala Harris, the vice presidential nominee, missed the vote while campaigning in Michigan.

Vice President Mike Pence would typically preside over the coming votes, but after a close aide tested positive for the COVID-19, it was unclear whether he will fulfill his role for the landmark vote.

Senate Democratic leader Chuck Schumer said the Trump administration’s drive to install Barrett during the coronavirus crisis shows “the Republican Party is willing to ignore the pandemic in order to rush this nominee forward.” 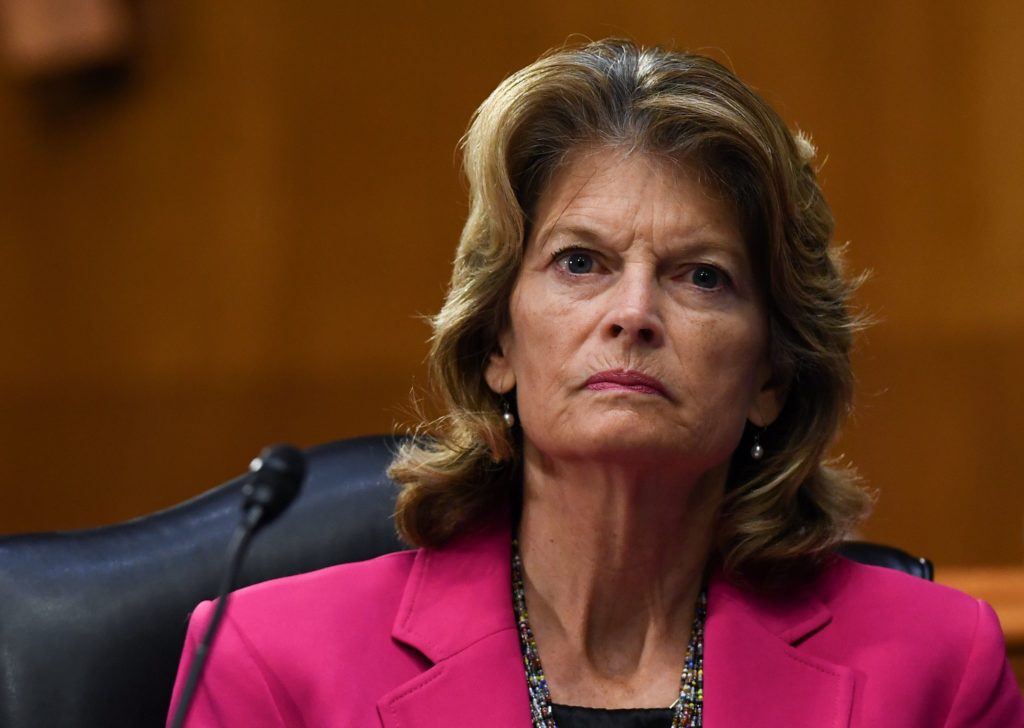 The conservative judge picked up the crucial backing Saturday from Murkowski, one of the last GOP holdouts against filling the seat in the midst of a White House election and with more than 50 million people already having voted.

Murkowski said she disliked the rush toward confirmation, but supported Trump’s choice of Barrett for the high court. She said would vote against the procedural steps, but ultimately join GOP colleagues in confirming Barrett. “While I oppose the process that has led us to this point, I do not hold it against her,” Murkowski said.

Now the only Republican expected to vote against Barrett is Collins, who faces a tight reelection in Maine. She has said she won’t vote for the nominee so close to the election.

McConnell, R-Ky., noted the political rancor, but defended his handling of the process. He scoffed at the Democrats’ “horror stories” about the judge’s conservative qualifications. 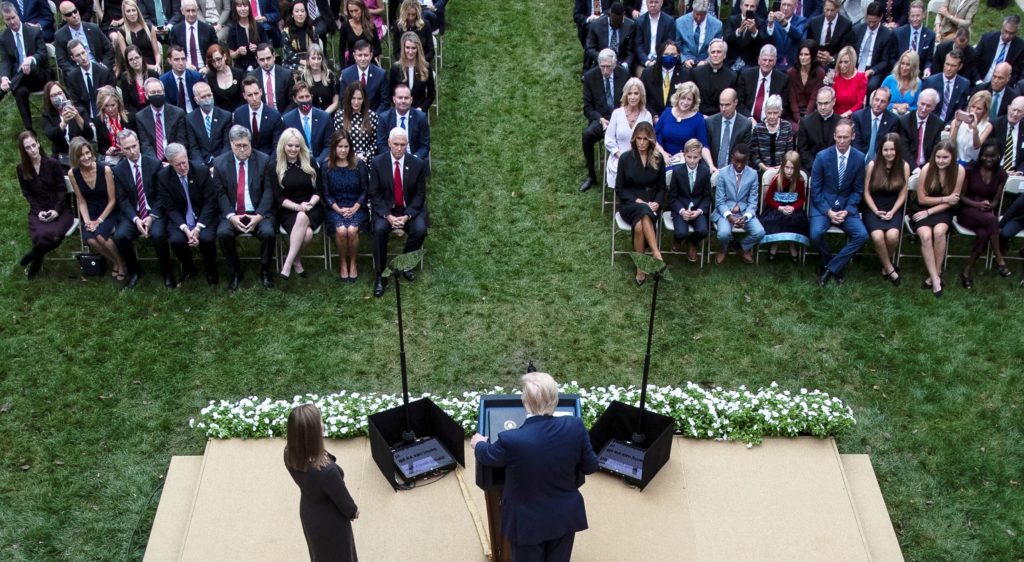 Barrett, 48, presented herself in public testimony before the Senate Judiciary Committee as a neutral arbiter and at one point suggested, “It’s not the law of Amy.” But Barrett’s past writings against abortion and a ruling on “Obamacare” show a deeply conservative thinker.

“She’s a conservative woman who embraces her faith, she’s unabashedly pro-life but she’s not going to apply ‘the law of Amy’ to all of us,” said the committee chairman, Sen. Lindsey Graham, R-S.C., said late Saturday on Fox.

At the start of Trump’s presidency, McConnell engineered a Senate rules change to allow confirmation by a majority of the 100 senators, rather than the 60-vote threshold traditionally needed to advance high court nominees over objections. With a 53-47 GOP majority, Barrett’s confirmation is almost certain.

By pushing for Barrett’s ascension so close to the Nov. 3 election, Trump and his Republican allies are counting on a campaign boost, in much the way they believe McConnell’s refusal to allow the Senate to consider President Barack Obama’s nominee in February 2016 created excitement for Trump among conservatives and evangelical Christians eager for the Republican president to make that nomination after Justice Antonin Scalia’s death.

Barrett was a professor at Notre Dame Law School when she was tapped by Trump in 2017 for an appeals court opening. Two Democrats joined at that time to confirm her, but none is expected to vote for her in the days ahead.

Left: Supreme Court nominee Judge Amy Coney Barrett leaves after testifying on the third day of her confirmation hearing before the Senate Judiciary Committee on Capitol Hill on October 14, 2020 in Washington, DC. Photo by Andrew Caballero-Reynolds/Reuters.