In more than a dozen testimonies provided in court Wednesday, migrant parents separated from their children at the border said they were pressured by immigration officials to sign forms waiving their reunification rights in a “coercive and misleading manner.”

The testimonies were among more than 100 pages of personal declarations compiled by attorneys who have worked closely with detained parents who were directly affected by the Trump administration’s “zero tolerance” policy it rolled out in early May.

The declarations detail several examples in which parents were not given enough time to make sound decisions, including having “only a few minutes to decide whether or not to leave their children in the U.S.,” a decision that one lawyer’s declaration said has been done in a room of up to 50 other people.

The PBS NewsHour read through all of the declarations and pulled several takeaways from the latest filing that offer a look at what the ACLU called a “mess” in the ongoing fight to reunify families separated at the U.S.-Mexico border.

Parents must have “sufficient time to consult about what might be the most consequential decision of their lives.”

READ MORE: There’s no timeline for reuniting hundreds of families who remain separated. What happens now?

For several weeks now, the American Civil Liberties Union and the federal government have been providing updates to a federal judge in San Diego on the process of reuniting thousands of migrant families. At the core of the latest arguments between both parties is how long parents have after being reunited with their children to decide whether to leave the U.S.

Earlier this week, the administration argued for a shorter deadline — about 48 hours — by which parents must sign a document officially stating their decision. The government said 48 hours is sufficient to make this decision, adding that a longer waiting period would strain the amount of limited bed space at the government’s detention centers and cost taxpayers $319 per day for each detained family member.

The ACLU, however, argued in a filing for a longer waiting period after reunifications — seven days — before parents could be deported. That would allow parents “sufficient time to consult about what might be the most consequential decision of their lives.”

U.S. District Judge Dana Sabraw is expected to weigh in on the contested length of this waiting period in a hearing this Friday. Until then, the judge’s temporary halt on deportations appears to remain in place. And, meanwhile, the deadline to reunify hundreds of parents with children ages 5 to 17 is today.

What the declarations say

“[This Guatemalan father] appears to understand very little of what is happening in his case and has expressed that he is very confused. … [immigration officials] asked him to sign a form that would allow his daughter to be released to family members in the United States. He has no idea what this paper said as he is completely illiterate, and the form was in English.”

— Attorney Aaron Reichlin-Melnick said a Guatemalan man has talked with his 8-year-old daughter three times since they were separated at the border. Reichlin-Melnick wrote that the man’s Spanish is “quite limited” and speaks Akatek, an indigenous language. The attorney also noted: “Although language was a barrier when talking to him, this father was extremely clear that he wishes to be reunited with his daughter,” adding that the man was confused that he may have signed a paper that gave up his reunification rights.

“I met with five fathers who had been placed on this so-called ‘relinquishment list,’ but who told me that they did not understand the implications of what they were signing. All of the five fathers wish to be reunited with their children.”

— Attorney Luis Cruz is one of several attorneys who said in their declarations that parents who had waived reunification “in fact do want their kids back,” ACLU said in its filing. Cruz also wrote that all five detained fathers said they were not able to read or write in either Spanish or English. One said the process of signing the form lasted fewer than four minutes, and that he was not given the opportunity to talk with a lawyer beforehand. Another father said the process lasted fewer than three minutes and “said that he felt sad and intimidated during the process,” Cruz wrote.

“The officials then gave [the father] a document in English (which he does not understand), and told him that the only way his daughter could stay in the United States was if he signed this document. He had no opportunity to review the document or ask any questions about it. He told me that he signed this document because he felt pressured to do so and because he felt like he had no other choice. This entire interaction lasted approximately one minute.”

— Attorney Sofia Reive’s declaration, among others, builds on the ACLU’s claim that “the evidence is overwhelming that parents have signed forms they did not understand,” and feel pressured to do so.

— Attorney Charles Mwalimu wrote about a Honduran mother and her 16-year-old son who were separated at the border. The mother also could not read the form because “her Spanish literacy is minimal,” Mwalimu said.

READ MORE: ‘My son is not the same’: New testimony paints bleak picture of family separation 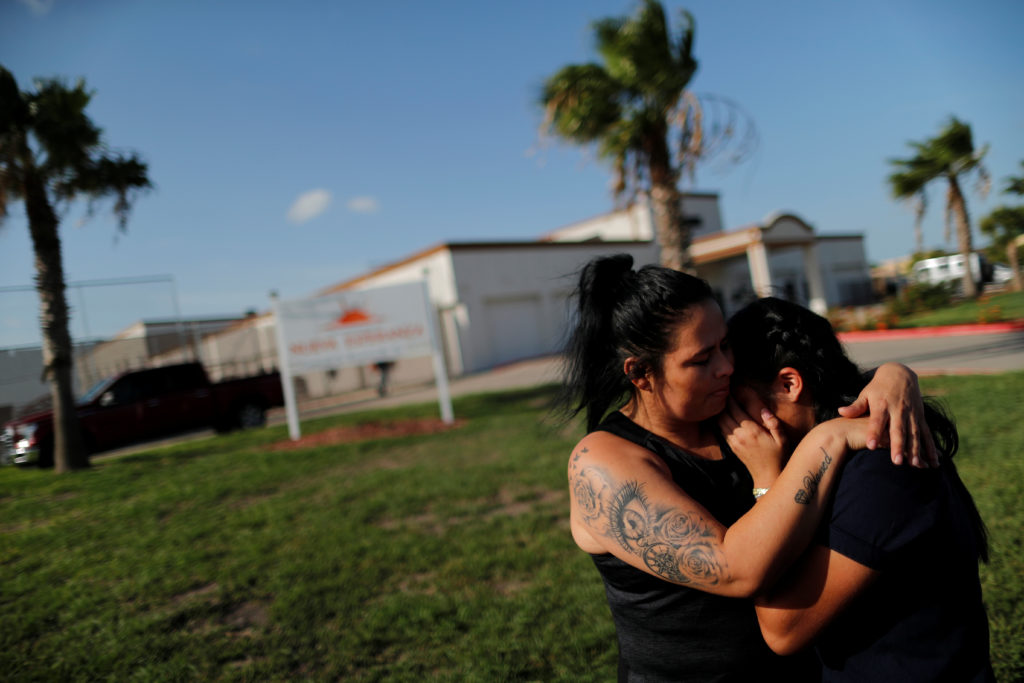 Isabela, an asylum seeker from El Salvador, hugs her 17-year-old daughter Dayana outside of Casa Esperanza, a federal contracted shelter, shortly after being reunited with her following their separation at the U.S.-Mexico border, in Brownsville, Texas. REUTERS/Carlos Barria

“Critically, these parents were not clearly informed and did not actually understand that they could both continue to fight their asylum claims and be reunified with their children.”

— Attorney Kathryn E. Shepherd wrote about the 15 separated parents she personally interviewed, saying that the immigration officials gave incorrect information to parents about their reunification rights. Several parents told Shepherd that they didn’t apply for asylum or other protections because immigration officials said “they were not allowed to apply due to having had been deported from the United States in the past.”

“At the conclusion of our meeting, when I asked him why he was distrustful of me at first, he said something along the lines of since he and his son entered this country, they have been lied to, that he doesn’t know who is government and who isn’t, and now that he has his son back, he will not let his son go anywhere without him.”

Manoj Govindaiah, director of family detention services at the RAICES nonprofit group, wrote that many fathers “needed extended coaxing” and convincing that he wasn’t there to take their children away. One father asked for identification — bar card, business card, driver’s license — and was still not thoroughly convinced. That level of distrust has made legal counseling difficult with parents who are reunited with their children after weeks or months apart, Govindaiah said in his declaration. “One father could not comprehend anything I was saying. Any statement I made would elicit a response of ‘but my son and I can stay together, right?’”

“I have talked to my son three times while I have been detained. We have discussed whether we want to be reunified with each other, and we both agree that being together as a family is the most important thing for us. We do not wish to separate, and I do not want to be apart from him any longer.”

— A parent from Honduras, identified as “H.G.A.” in a declaration, said they were separated from their 17-year-old son when the two turned themselves in to border patrol agents after crossing the border. In three separate instances, immigration officials said the parent needed to sign a form, but they refused to sign it because of vision problems, not being allowed to consult with their son and “because I did not trust the officials,” the parent wrote, “I do not know if they were reading the form accurately to me.”

“Trauma and lack of trust have created additional impediments to providing legal assistance. Mothers state that they have been lied to, coerced, and threatened while in government custody. Daily, mothers receive new disclosures from their children regarding their experiences in government shelters throughout the country. Children have expressed being deprived food, experiencing physical violence, and suffering ongoing depression during their separation from their parents. Some parents state they did not recognize their child upon reunification, because their child lost so much weight.”

Attorney Shalyn Fluharty said much more time is needed to counsel detained parents and their children effectively because of the trauma they face. Legal conversations over separation “have proven unbearable” for many of the parents at the South Texas Family Residential Center in Dilley, Texas, where Fluharty provides pro-bono legal counseling. “Even benign questions — like the question asking mothers to list the names and locations of their children on our intake form — produce tears and paralysis,” Fluharty wrote.

Left: A woman reacts after being reunited with her daughter. In more than a dozen testimonies provided in court Wednesday, migrant parents separated from their children at the border said they were pressured by immigration officials to sign forms waiving their reunification rights in a “coercive and misleading manner.” File photo by REUTERS/Callaghan O'Hare