His death is the first to come from Arkansas’ plan to execute eight men in 11 days, so they could use their supply of a lethal injection drug that will expire at the end of the month. In the last week, courts blocked the executions of four of the eight men Arkansas had originally scheduled to die. A flurry of legal motions Thursday night have cleared the way for the remaining executions to continue. The next two men — Jack Harold Jones, Jr. and Marcel Williams — are scheduled to die April 24, followed by Kenneth Williams on April 27. 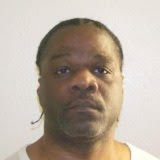 Lee sat on death row for more than two decades after he was found guilty of beating Debra Reese with a tire iron 36 times before strangling her to death in February 1993 in her home in Jacksonville, Arkansas.

Lee’s legal team filed three stays of execution Thursday night in an effort to save his life. By 10:30 p.m. EST, the federal Eighth Circuit Court of Appeals had rejected them all.

“Tonight the lawful sentence of a jury which has been upheld by the courts through decades of challenges has been carried out,” said Arkansas Attorney General Leslie Rutledge in a written statement. “The family of the late Debra Reese, who was brutally murdered with a tire thumper after being targeted because she was home alone, has waited more than 24 years to see justice done. I pray this lawful execution helps bring closure for the Reese family.”

After the Arkansas Supreme Court rejected Lee’s emergency stay motion, his lawyers filed a federal civil rights lawsuit to give him more time for DNA testing. Legal challenges on both sides remain as Ledell Lee’s execution approaches. The Arkansas Department of Correction announced it would move up Lee’s execution to the slot that had belonged to Stacey Johnson, the prisoner whose execution was blocked late Wednesday.

Earlier, the Arkansas Supreme Court gave the state permission to use its lethal injection drug for executions. The decision cleared the way for the scheduled execution of the men who had not received a stay.

A week ago, Arkansas planned to execute seven men in 11 days. Now, the state may not put anyone to death before May 1, when its supply of lethal injection drugs expires.

Late Wednesday, the Arkansas Supreme Court blocked the execution of Stacey Johnson, which was scheduled for Thursday night. That halved the original number of eight men that Gov. Asa Hutchinson planned to put to death: two per day on April 17, April 20, April 24 and April 27.

The decision came two days after the U.S. Supreme Court denied Arkansas’ request to execute Don Davis, who has waited on death row for nearly three decades for the 1990 murder of Jane Daniel. Davis was scheduled to die the day after Easter Sunday; and prison personnel served him his final meal before hearing the high court’s decision. Before that, Bruce Ward and Jason McGehee both received delays in their execution.

Pulaski County Circuit Court Judge Alice Gray also verbally granted a temporary restraining order Wednesday on the state’s use of lethal injection drug, vecuronium bromide. This order blocked the execution of Ledell Lee, also originally set for Thursday, along with the seven other men who were originally scheduled to die before the state’s supply was set to expire at the end of the month. (It also applies to one other man on death row who has not been scheduled for execution.) The company McKesson Medical-Surgical, Inc., sold these drugs to Arkansas Department of Correction and has argued in court the state misrepresented how it intended to use the drug.

Normally, doctors use the drug as a general anesthesia to relax muscles before surgery.

Arkansas Attorney General Leslie Rutledge has fought these decisions and will continue to press for the state to continue with the executions, said her spokesman, Judd Deere. Rutledge is waiting for the Pulaski County judge to write the order she issued Wednesday so Rutledge can appeal it. At this time, Rutledge is unable to appeal an order delivered orally, but she filed a motion for emergency stay with the Arkansas Supreme Court asking for action.

I am asking the AR Supreme Court to intervene and force a Pulaski County Circuit Judge to issue her written order. #ARexecutions

“A final factor that the Court should consider is the fact that McKesson sold the vecuronium bromide to the ADC in the summer of 2016 and then after the ADC declined to return the drug, McKesson rested on its laurels until filing its first complaint late in the day on Friday, April 14, 2017—with executions scheduled for Monday, April 17, 2017,” her motion said.

Nina Morrison has worked for 15 years as an attorney with the Innocence Project and now represents Ledell Lee. She argued that, for decades, Lee’s prior defense did not demand DNA analysis of evidence linked to his case or proper mental evaluation for Lee.

“What is very unusual is having a rush to execution for someone who has never once had a lawyer consult with a DNA expert or properly analyze DNA issues in the case,” Morrison said.

READ MORE: What’s next in the fight over Arkansas executions