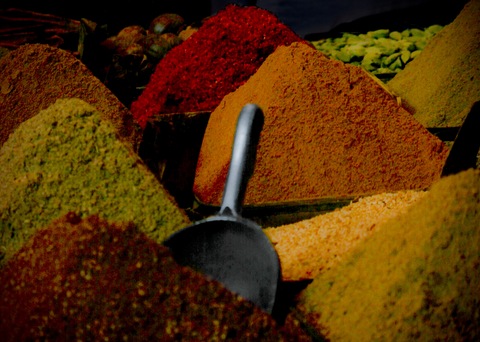 A whopping 12 percent of spices imported to the U.S. are contaminated with some type of filth, according to a new report by the FDA. The average for all other FDA-regulated imports is 7 percent.

Worldwide, 14 outbreaks of illness were attributed to dirty spices between 1978 and 2010, resulting in nearly 2,000 sick people and at least two deaths, according to the report. So “in light of new evidence calling into question the effectiveness of current control measures to reduce or prevent illness from consumption of spices,” the FDA took a look at what’s in the spices on U.S. store shelves. 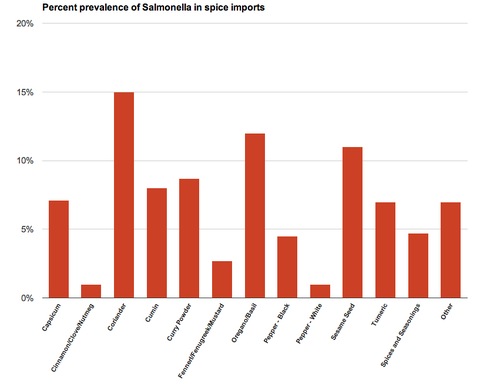 Whole spices are more likely to be filthy than cracked or ground (15 percent and 11 percent, respectively). Filth was most often found in capsicum (which can be an ingredient in salsas and hot sauces), sesame seeds and seasoning mixes. 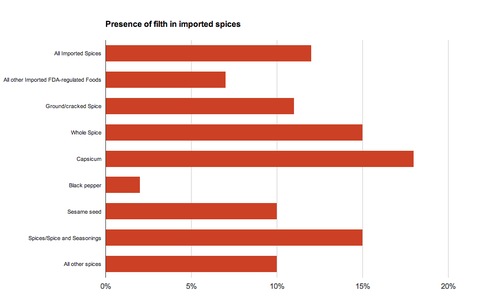 It’s estimated 86 percent of American households use fresh or dried herbs, spices and seasonings. The U.S. imports the vast majority of spices, with the exception of dehydrated onion.