Kenyans Stanley Biwott and Mary Keitany pounded the pavement and sprinted to the finish on Sunday to win the men’s and women’s races at the 2015 New York City Marathon, beating out the more than 50,000 participants at this year’s race.

Winning his first major marathon, Biwott finished the 26.2-mile race with an unofficial time of 2:10:34, an average of just under five minutes a mile.

Keitany of Kenya won her second straight New York City Marathon, with an unofficial time of 2:24:25.

In the men’s division, Geoffrey Kamworor of Kenya finished second, and Lelisa Desisa of Ethiopia, who won the 2013 Boston Marathon the year of the bombing, finished third.

In the wheelchair division, South African Ernst Van Dyk won the men’s push rim race, clocking in at 1:30:54, and Tatyana McFadden of the U.S. won the women’s race at 1:43:04.

Ludovic Narce of France won the handcycle race, finishing at 1:13:19. 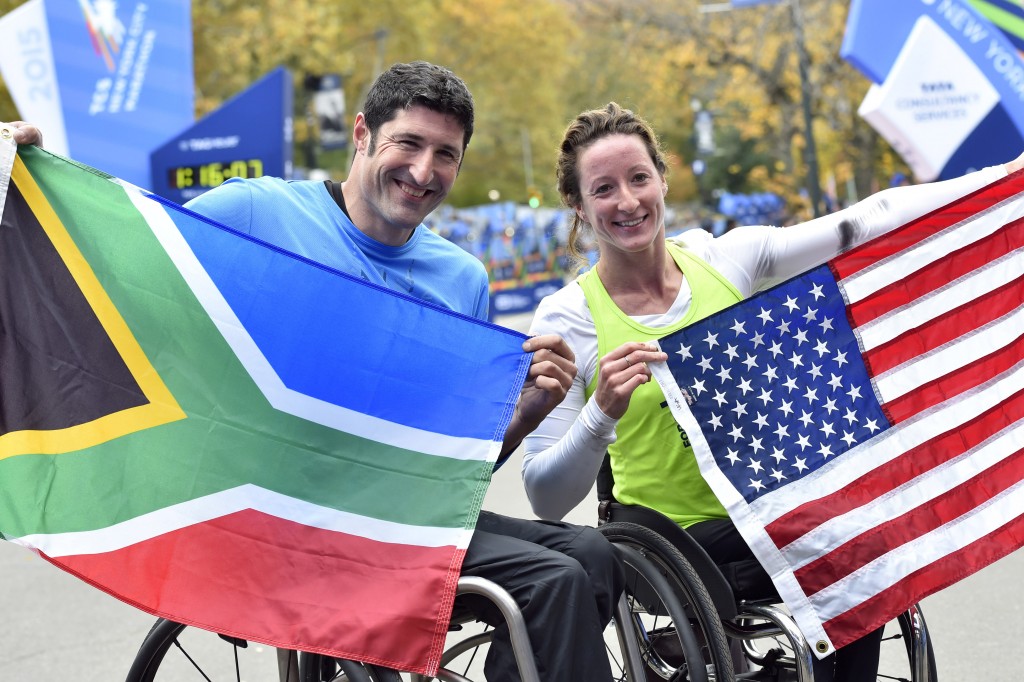 Prize money for the runners who place totals $705,000, with potential time bonuses. The men’s and women’s champions each receive $100,000.

Among the thousands of participants at this year’s race were a handful of celebrities and athletes, including Alicia Keys, Ethan Hawke, Sean Astin, Tiki Barber, James Blake and Nev Schulman. 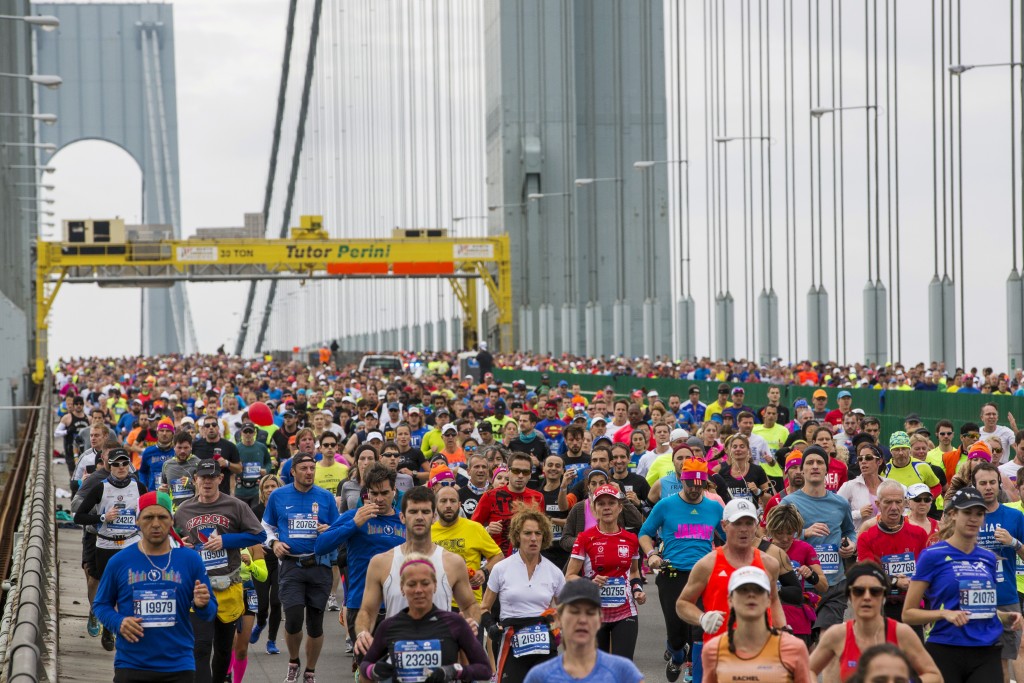 Runners cross the Verrazano-Narrows Bridge shortly after the start of the New York City Marathon in New York November 1, 2015. Photo by Lucas Jackson/Reuters.

More than 130,000 people applied for a spot to compete in Sunday’s race, and more than 2 million spectators were expected to line the city streets to cheer on the runners, making the New York City Marathon the largest in the world — a big step up from the first Marathon in 1970, which featured just 127 runners and a total budget of $1,000.

The race kicked off at 8:30 a.m. Sunday with the wheelchair division, followed by hand cycle competitors and select disabled athletes, then professional women. The bulk of the runners, including the professional men, hit the course in four waves, starting at 9:50 a.m.

The racecourse starts on Staten Island at the foot of the Verrazano-Narrows Bridge and takes runners through the boroughs of Brooklyn, Queens and the Bronx before finishing in Manhattan at Central Park. Runners have eight-and-a-half hours to complete the course. Last year’s average time was 4:34:45.

In 2014, a record 50,530 runners from 130 countries participated in the race, including the one-millionth finisher in the history of the event.

The marathon is also an economic juggernaut for the Big Apple. Last year’s race generated an economic impact of about $415 million, according to a report produced for race organizer New York Road Runners by AECOM, a firm that provides professional and technical services.