Survivors of the 2013 Boston Marathon bombing on Saturday met with victims of the Orlando shooting who are still hospitalized two weeks after a gunmen killed 49 people inside Pulse nightclub.

The meeting was an effort to get acquainted while “sharing their experiences and exchanging contact information so they could connect again,” according to a statement released by the medical center.

In the hours following the shooting 44 people were brought into the medical center for treatment. Three of the patients remain in critical condition and five are in stable condition. Overall, surgeons conducted 61 operations, the hospital said. 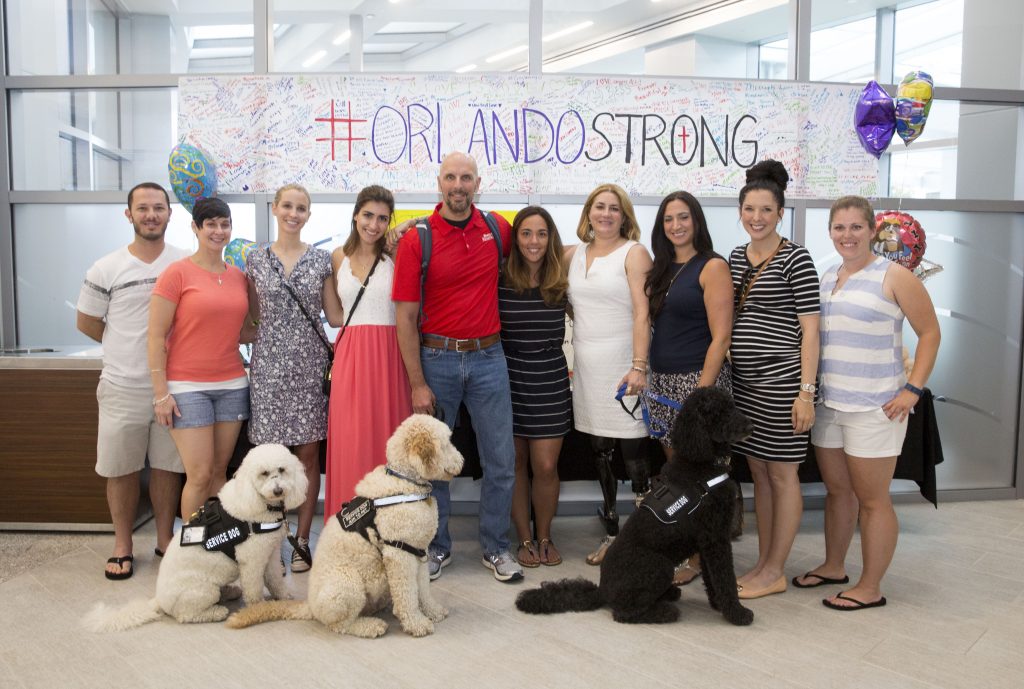 Orlando Mayor Buddy Dyer’s office arranged the meeting after several of the Boston bombing survivors said it was “their mission to pay it forward.”

More than three years after Celeste Corcoran lost her legs in the bombing, she and her family met with Angel Colon, who was shot inside the Orlando club.

“There’s post-traumatic stress and it helps to talk with someone who has been through similar situations,” Corcoran said following the visit. “People who try and spread hate, it does the exact opposite, it brings together strangers and we are more tolerant of people. What happened was horrific and should never have happened but in their memory we choose to be nice to someone else, to pay it forward.”