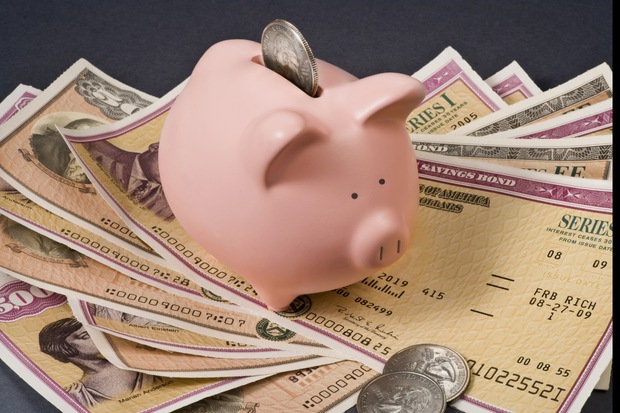 A note from Paul Solman: Zvi Bodie has influenced my thinking about financial economics for 20 years. He has also been my trusted — and extremely wise — financial advisor for most of that time. And we have featured him often in stories about America’s pension crisis on PBS NewsHour: corporate pension sleight-of-hand and public pension mismanagement, though my favorite Bodie appearance came when he helped us explain the housing Crash of ’08, many months before the eventual Lehman collapse.

I regularly beseech Zvi to contribute to this page. Occasionally, he deigns to do so. Today is one of those occasions.

Zvi Bodie: Recently, Paul Sullivan wrote in his Wealth Matters column about financial advisors’ increasing interest in technology. He raises two questions about expanded use of technology: Will it help advisers do their job better? And will it be better for clients or confuse and frustrate them? A friend asked me how I would answer those questions. I thought Making Sense readers might be interested too.

Remember the old saw about computer forecasting models? GIGO — Garbage In, Garbage Out. Technology can make good advice more accessible and less costly, but it cannot turn bad advice into good advice. If the technology is designed to pitch some investment service that is not in the best interest of clients, employing sophisticated technology and interactive software will only serve to deceive the client more efficiently. Fancy software is not a substitute for trustworthiness and good science.

Let me give an example to make clear what I mean. As many of you know if you’ve read earlier posts of mine on I Bonds or how to pick a financial advisor, I recommend that for people concerned about preserving the purchasing power of their savings, an investment program should start with the purchase of US Treasury Series I Savings Bonds, of which you can purchase up to $10,000 per year per person.

To quote the Treasury Department’s write-up online, which I urge everyone to read in full:

I Bonds provide the ultimate in long-run liquid financial security to residents of the U.S. An investor in these bonds cannot lose any money or any purchasing power for up to 30 years, despite either inflation or deflation. They provide a return at least equal to the rate of inflation and, often, have paid a “premium” of interest above and beyond inflation.

At the moment, because of historically low interest rates, that premium is zero, but it is reset every six months. If, in September (or the following March or a year from September, etc.), new I Bonds do offer a premium, you can sell the current ones and use the money to buy the new ones. The U.S. Treasury started issuing I Bonds in 1998, and over the intervening 15 years technological improvements have made it easier than ever for people of modest means to purchase them online through TreasuryDirect.gov and keep track of their increasing value, a value that by the terms of the bonds keeps pace with inflation.

You might wonder why a bond that pays, at the moment, only the rate of inflation, is a good investment. The answer is simple. Compare it to an equivalent investment, issued by the very same U.S. Treasury, that is not inflation-protected. The equivalent would be a six-month Treasury “bill.” It is paying less than 1/100th of a percent at the moment. Since inflation is running at 1.8 percent right now and an I Bond automatically pays you the inflation rate, the I Bond would seem to be rather obviously the debt instrument of choice.

Yet despite their clear value as a safe and liquid anchor for any investment portfolio, few clients of investment advisors even know of the existence of I Bonds. Bona fide advisors who are truly fiduciaries serving the best interest of their clients would inform them about I Bonds, direct them to the U.S. Treasury’s TreasuryDirect.gov website, and assist them in setting up accounts for themselves and their children. To the best of my knowledge, no major investment advisory firm in the U.S. does this.

RELATED CONTENT:
How to Find a Financial Advisor, Step by Step

When the chief financial officer of a West Coast nonprofit followed my counsel on this page (see “How to Find a Financial Advisor, Step by Step“) he asked the several financial advisors he auditioned if I Bonds were part of their advice. He told Paul Solman that not one of the advisors said they were. That is not a function of their mastery — or lack of mastery — of technology. It can only be explained in terms of self-interest or ignorance. There is no profit margin in advising clients to purchase I Bonds. And of course, if you don’t know about them, how can you suggest them?

Instead of practicing prudence, however, investment advisors tend to deploy the latest innovations in digital technology to promote the products of those with an even greater incentive to steer you wrong — members of the financial services industry. That industry specializes in pushing the product with the highest profit margin, stocks. The content of financial services materials is often deceptive and in some cases flatly contradicts what financial economists recommend as sound.

As I have shown repeatedly on this website and Making Sense broadcasts, no matter how broadly diversified a portfolio of stocks, conventional bonds, and cash may be, it cannot offer the protection afforded by I Bonds. The proposition that the risk of stocks diminishes with the length of one’s time horizon is a fallacy, as is the notion that stocks are a hedge against the risk of inflation. I figure it’s about time for every American to be told — or in the case of the Making Sense audience, told again — about I Bonds.

Zvi Bodie appeared in this 2011 story on assumptions used for public pension funds.

Zvi Bodie is a professor of management at Boston University. His books include “The Future of Life Cycle Saving” and “Investing and Foundations of Pension Finance.” For more, see his website. Zvi’s videos are on his YouTube Channel.