WASHINGTON — Thousands gathered in cities across the country Saturday as part of the nationwide Women’s March rallies focused on issues such as climate change, pay equity, reproductive rights and immigration.

Hundreds showed up in New York City and thousands in Washington, D.C. for the rallies, which aim to harness the political power of women, although crowds were noticeably smaller than in previous years. Marches were scheduled Saturday in more than 180 cities.

The first marches in 2017 drew hundreds of thousands of people to rallies in cities across the country on the day after President Donald Trump was inaugurated. That year’s D.C. march drew close to 1 million people.

In Manhattan on Saturday, hundreds of people who gathered at separate events in Foley Square and Columbus Circle planned to converge at Times Square as part of a “Rise and Roar” rally.

“Today, we will be the change that is needed in this world! Today, we rise into our power!” activist Donna Hill told a cheering crowd in Foley Square.

In downtown Los Angeles, thousands of men, women and children filled several blocks as they made their way from a plaza to a park adjacent to City Hall, where a rally featured speeches by Jennifer Siebel Newsom, the wife of California Gov. Gavin Newsom, Mayor Eric Garcetti, Rep. Maxine Waters and others. 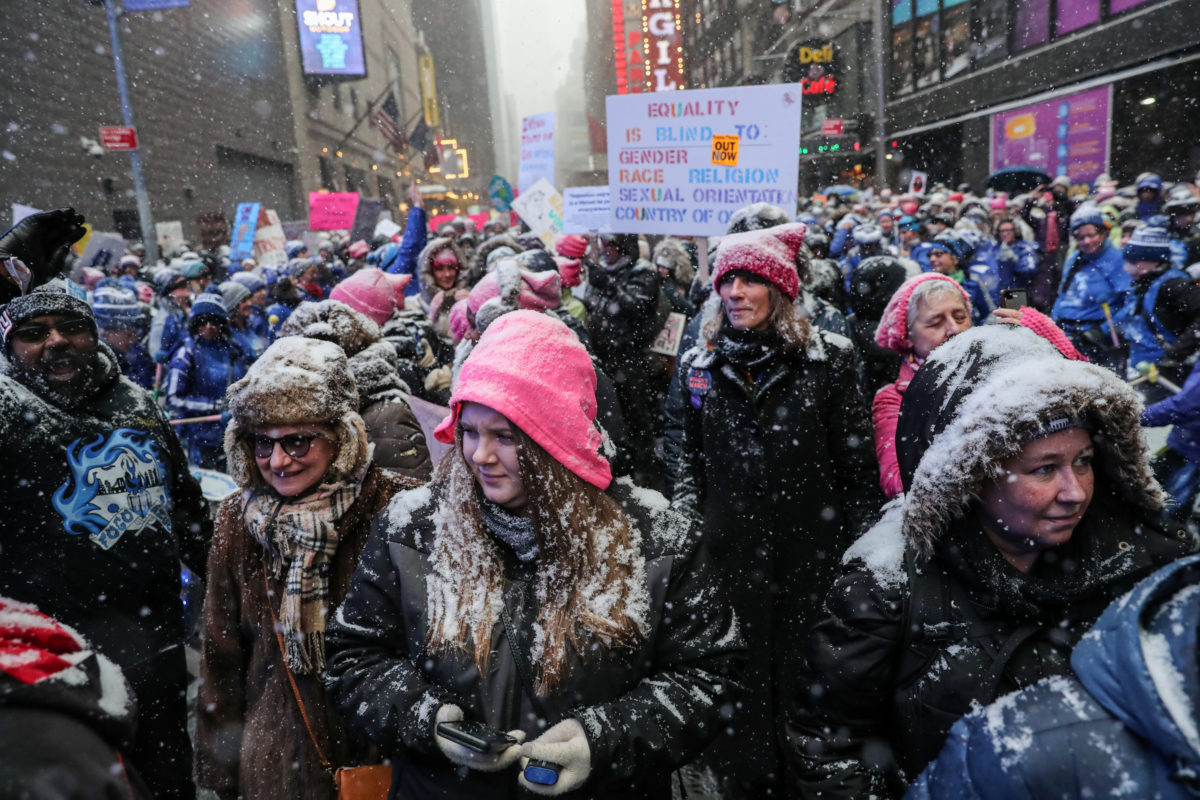 Jennifer Siebel Newsom credited women for mobilizing against gun violence, creating the #MeToo movement against sexual harassment and discrimination, and taking back the Democratic majority in the House of Representatives.

“In 2020, I have no doubt that it will be women who will lead again, rise up and move this country forward on a path toward justice,” she said.

In Denver, organizers opted to skip the rally after the march and instead invited participants to meet with local organizations to learn more about issues such as reproductive rights, climate change, gun safety and voting.

Several thousand came out for the protest in Washington, far fewer than last year when about 100,000 people held a rally east of the White House. But as in previous years, many of the protesters made the trip to the nation’s capital from cities across the country to express their opposition to Trump and his policies. From their gathering spot on Freedom Plaza, they had a clear view down Pennsylvania Avenue to the U.S. Capitol, where the impeachment trial gets underway in the Senate next week.

In Washington, three key issues seemed to galvanize most of the protesters: climate change, immigration and reproductive rights.

“I teach a lot of immigrant students, and in political times like this I want to make sure I’m using my voice to speak up for them,” said Rochelle McGurn, 30, an elementary school teacher from Burlington, Vermont who was in D.C. to march. “They need to feel like they belong, because they do.”

Peta Madry of New London, Connecticut, was celebrating her 70th birthday in D.C. by attending her fourth Women’s March with her sister, Cynthia Barnard, of San Rafael, California. Both women were wearing handknitted pink hats that date from the first march. With pained expressions, they spoke about Trump’s determination to reverse the policies of his predecessor Barack Obama and his treatment of women.

“Look what he’s doing to Greta Thunberg,” Madry said, referring to the teenage climate activist. “He’s the biggest bully in the world.” 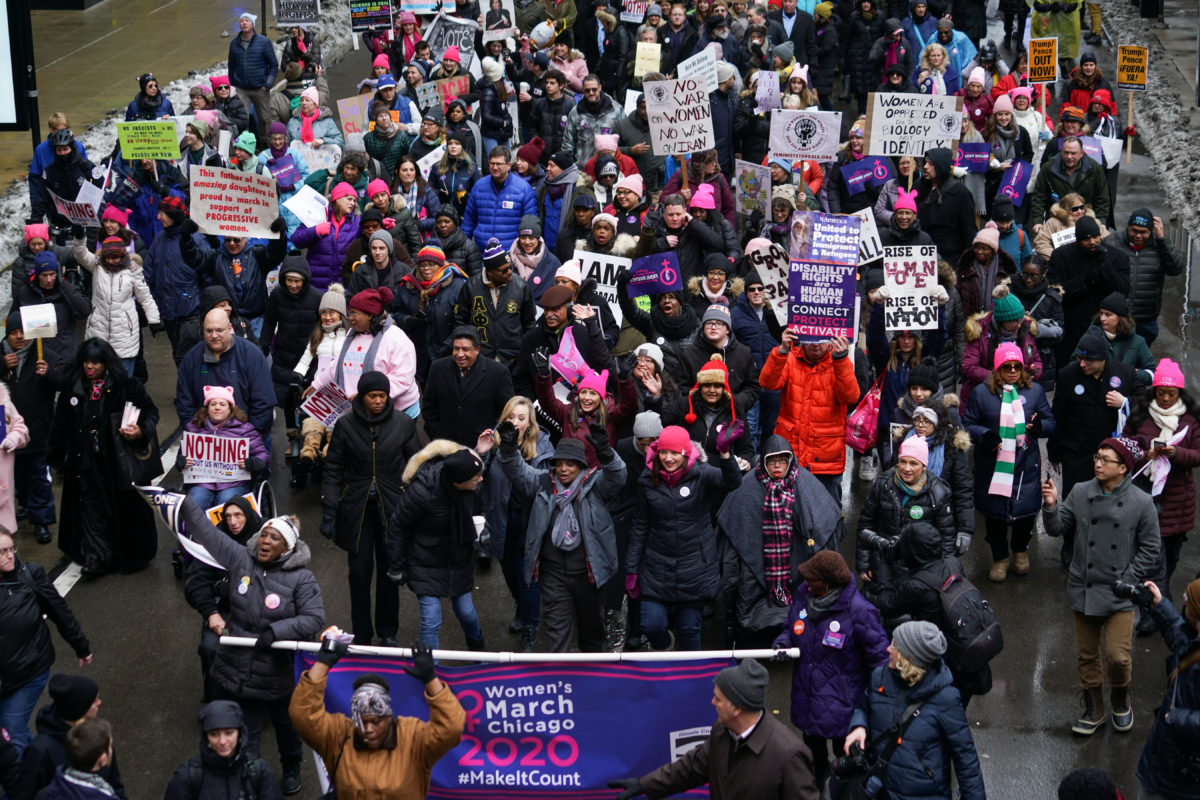 Melissa McCullough of Georgetown, Indiana, said when she recently turned 50 she promised herself that she would get more involved politically. “I’m here to protest Trump, as a woman,” she said.

Her daughter, 19-year-old University of Cincinnati student Elizabeth McCullough, chimed in to say that most women’s issues are human issues, and they talked about the need to protect immigrants.

“You have to push to protect everyone or no one’s safe,” Melissa McCullough said.

The protesters planned to march around the White House, but Trump wasn’t there. He is spending the holiday weekend at his resort in Florida.

Organizers of the Washington march faced criticism from some local African American activists for failing to focus on local issues and damaging the ability of local activists to organize.

“Local D.C. is a domestic colony and the actions of national organizers have to recognize that,” Black Lives Matter D.C. wrote in a letter this week to Women’s March organizers. “Here in D.C., these unstrategic mass mobilizations distract from local organizing, often overlook the black people who actually live here and even result in tougher laws against demonstration being passed locally.”