Three police brutality trials concluded this week, all of them without a conviction for the officers involved.

The legal developments in what were once high-profile shootings — all of them involving the death of a black man — were largely lost in the nonstop news out of Washington.

Here’s a look at what happened in those trials and in other major police shooting cases, as well as what’s next for the families of the victims and the officers involved. 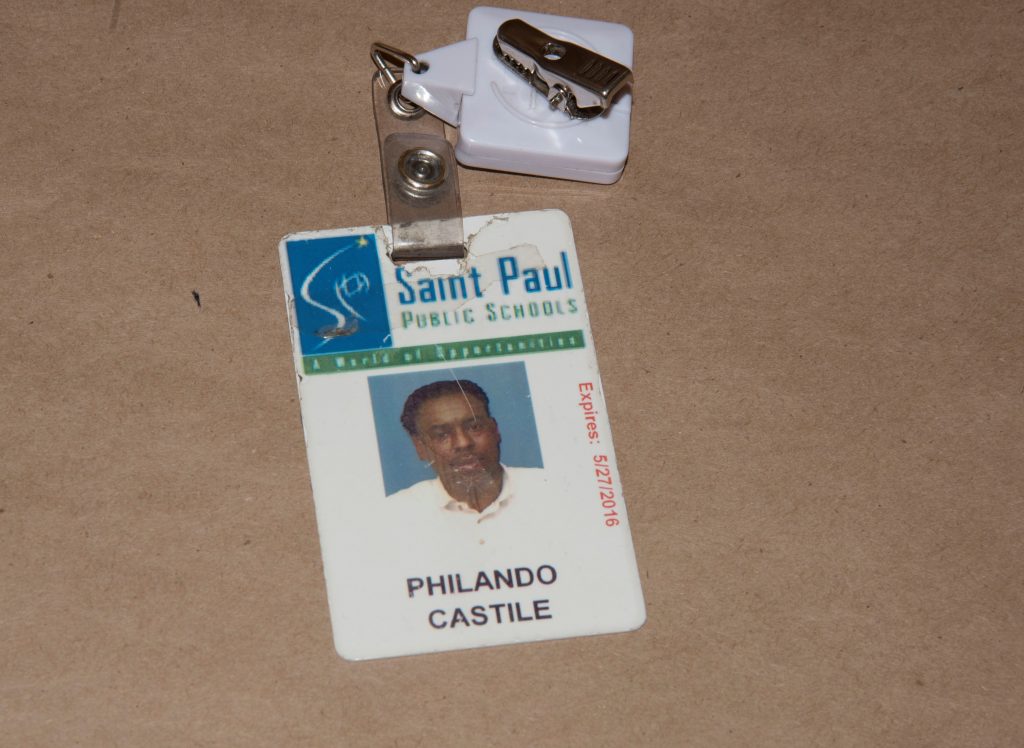 The school identification card of Philando Castile is seen in a police evidence photo released June 20, 2017, taken after he was shot dead by St. Anthony Police Department officer Jeronimo Yanez during a traffic stop last year. Photo courtesy of Minnesota Bureau of Criminal Apprehension/Handout via Reuters

Castile’s girlfriend Diamond Reynolds — who was in the car along with her 4-year-old daughter when the shooting occurred — famously live streamed the shooting’s aftermath to Facebook. Castile is seen bloodied and slumped in his seat while an officer, later identified as Yanes, is heard yelling, “I told him not to reach for it!”

The latest: Yanez faced one count of second-degree manslaughter and two counts of reckless discharge of a firearm in connection with Castile’s death. Last Friday, a jury acquitted Yanez of all charges. Thousands protested in St. Paul over the outcome of the trial.

“I will continue to say murder because where in this planet do you tell the truth and you be honest and you still be murdered by the police of Minnesota?” Valerie Castile said.

Days after the verdict, authorities publicly released dashcam video and an audio recording related to the case. The video shows Yanez telling Castile he was pulled over for a broken taillight. Castile is heard telling Yanez, “Sir, I have to tell you, I do have a firearm on me.”

WARNING: Video contains graphic footage that may be disturbing to viewers.

The scene escalates quickly from there, ending with Yanez discharging his gun seven times into the car. Five bullets hit Castile. Reynolds is heard saying the same statements she made in her Facebook live stream. In the audio clip, Yanez tells dispatchers he was stopping a car because two individuals inside looked like suspects in a reported robbery.

Another video was released Wednesday that showed a handcuffed Reynolds with her daughter in the back seat of a squad car moments after the shooting.

The fallout: The New York Times spoke with several experts on their reactions to the videos shown in court. The defense argued that Castile, who was later revealed to have THC in his system at the time of the shooting, was too impaired to listen to Yanez’s orders. Prosecutors argued that Castile was reaching for his wallet, per Yanez’s instructions.

Castile was also licensed to carry a gun. David French wrote that the verdict was a “miscarriage of justice,” saying, “it’s simply false that the mere presence of a gun makes the encounter more dangerous for the police. It all depends on who possesses the gun. If he’s a concealed-carry permit-holder, then he’s in one of the most law-abiding demographics in America.”

As Jelani Cobb of The New Yorker noted, the NRA did not respond to the verdict.

Earl Gray, one of Yanez’s lawyers, told Pioneer Press that “when you look at the whole picture, and what was going through Yanez’s mind at the time, I think he did the right thing.”

What’s next? Attorneys for Valerie Castile announced Monday that Castile’s mother reached a nearly $3 million settlement in her son’s death. The insurance company for St. Anthony, Minnesota will pay the $2.995 million settlement, which required approval by a state court. The Associated Press reported that this could take several weeks.

Following the verdict, the City of St. Anthony said Yanez would not return to an active duty role on the police force. In fact, the city said in a statement that it would offer Yanez a “voluntary separation agreement” after it “has concluded that the public will be best served if Officer Yanez is no longer a police officer in our city.”

Castile was a cafeteria worker at an elementary school in St. Paul, Minnesota. The Huffington Post profiled how nearly 400 students, who adored Castile, were grappling with the news of his death and, now, the news of the acquittal. 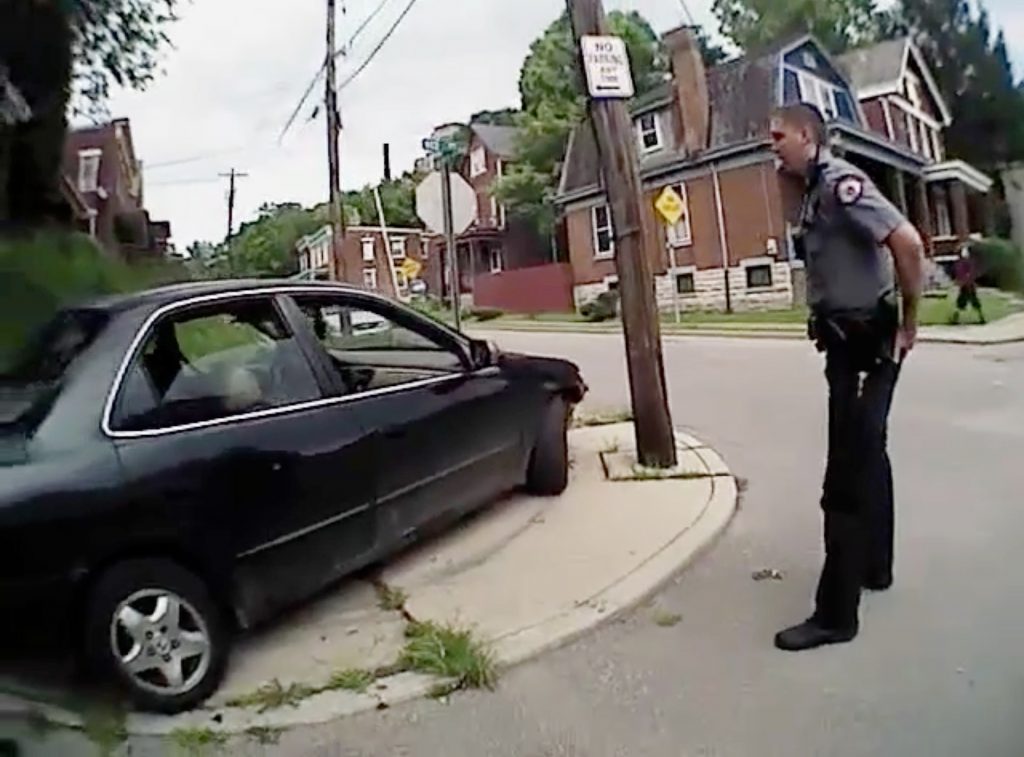 University of Cincinnati police officer Ray Tensing stands near a car after driver Samuel Dubose was allegedly pulled over and shot during a traffic stop in Cincinnati, Ohio July 19, 2015, in a still image from body camera video released by the Hamilton County Prosecutor’s Office on July 29, 2015. Photo courtesy of Hamilton County Prosecutor’s Office/Handout via Reuters

The Ohio ex-officer was first tried in 2016 for fatally shooting the 43-year-old unarmed black man. That trial ended in a hung jury after jurors said they were unable to reach a verdict after 25 hours of deliberation.

The latest: After trying the case a second time, a judge declared a mistrial again this week. The jury spent more time deliberating this week — 31 hours in total — than it did in the first case. Tensing, who shot DuBose once in the fatal encounter, had faced charges of murder and voluntary manslaughter in the retrial.

Tensing has said he was “dragged” by DuBose’s car after the motorist started to drive away from him. Prosecutors said footage from Tensing’s bodycam contradicted his version of events.

“You have to try to put yourself into the position of an officer on the scene of a situation like this and ask yourselves, ‘What would I do?’” defense attorney Stew Mathews is quoted as telling the jury earlier this week.

What’s next? DuBose’s family has demanded another trial, but it remains unclear whether prosecutors will try the case a third time. 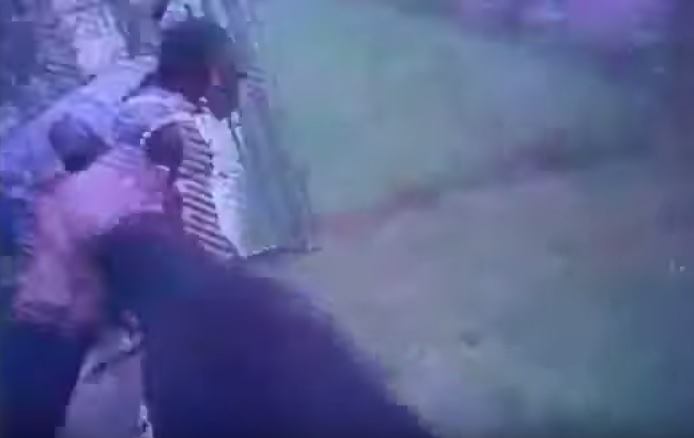 Original incident: Milwaukee police officer Dominique Heaggan-Brown, who is black, fatally shot 23-year-old Sylville Smith after an August, 13, 2016 traffic stop turned into a foot chase. Heaggan-Brown was charged with homicide for Smith’s death, which sparked days of unrest in Milwaukee.

The Milwaukee Police Department fired Heaggan-Brown in October after filing charges unrelated to the Smith case — two felony counts of second-degree sexual assault — against him.

The latest: On Wednesday, a Milwaukee jury found Heaggan-Brown not guilty of first-degree reckless homicide in the Aug. 13, 2016, shooting death of Smith.

Smith reportedly fled the scene after Heaggan-Brown stopped him in a traffic stop. At one point during the pursuit, Smith turned around with a semi-automatic gun in hand and turned toward the officer. At this, Heaggan-Brown shot Smith in the right arm.

Prosecutors and defense attorneys agreed that the first shot was justified. But Heaggan-Brown shot Smith again — in the chest — seconds later. Prosecutors argued that the second shot, which proved fatal, was excessive. The defense said the officer shot a second time because he thought Smith still posed a threat.

“[Heaggan-Brown] believed all along he was justified in what he did. It wasn’t a situation that he asked to be put in,” defense attorney Jonathan Smith said after the verdict.

Smith’s stepsister Shannon Daniels said “I feel like no matter what it is, these police officers all over the world, they can just literally murder you.”

What’s next? Moments after the acquittal was announced, Smith’s family said it filed a federal civil lawsuit against the City of Milwaukee and Heaggan-Brown.

Heaggan-Brown will face the unrelated sexual assault charges in another trial set for August. 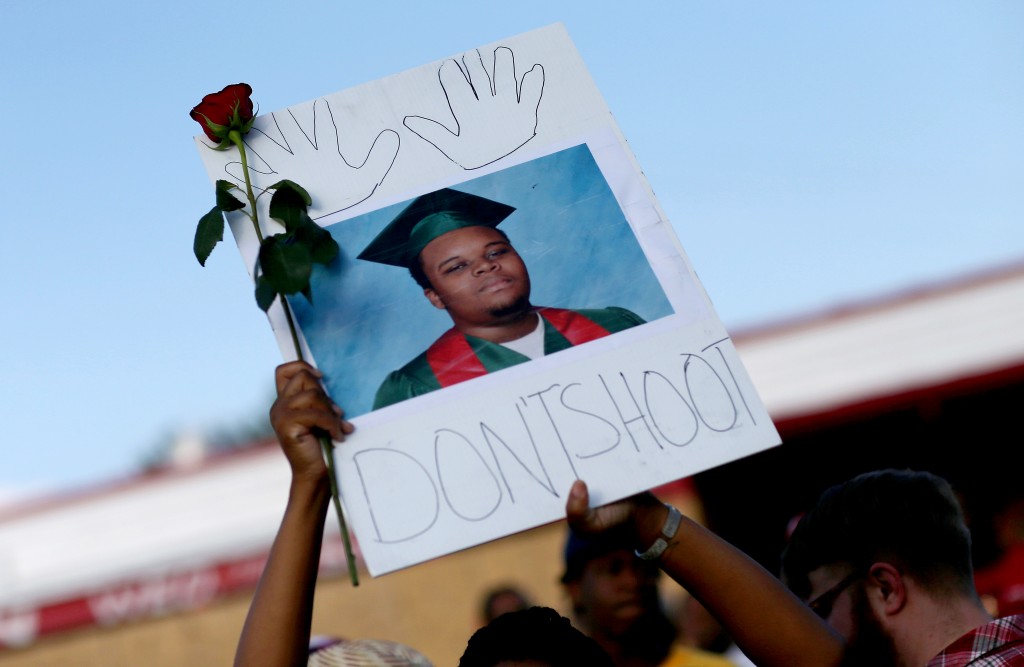 Original incident: Ferguson, Missouri, police officer Darren Wilson, who is white, fatally shot Michael Brown on August 9, 2014. The shooting death of Brown, who was black, brought intense scrutiny to the use of police force, galvanized the Black Lives Matter movement, and ignited a national conversation about race, police treatment of minorities and the problems of the criminal justice system.

A grand jury declined to indict Wilson in Brown’s death. Police had said Wilson acted in self-defense when Brown charged at him. But some witnesses and Brown’s family said Brown was fleeing or had his hands up before the officer shot and killed him, a view that the Department of Justice says is not supported by forensic evidence.

The latest: In 2015, Brown’s parents filed a civil lawsuit against the City of Ferguson and ex-officer Wilson. The wrongful death suit was seeking at least $75,000 in punitive and compensatory damages and attorney’s fees. The lawsuit claimed that Wilson used “an unnecessary and unreasonable” amount of force on the unarmed 18-year-old.

On Tuesday, the city announced that it reached a settlement with the family. Though details are not readily available to the public, U.S. District Judge Richard Webber called the agreement, “fair and reasonable compensation,” The St. Louis Post-Dispatch reported.

A Ferguson City attorney told the Dispatch that an insurance company for the city paid $1.5 million to settle the suit.

What’s next? Ferguson, currently under a consent decree with the Justice Department, reported this week that the city was making progress in its reform for the police department, citing improvements in guidelines over use of force and police accountability, the Dispatch reported.

However, a few of citizens that spoke up at the hearing had some complaints, the newspaper noted.

Original incident: Two Seattle police officers, identified as Steven McNew and Jason Anderson, responded to a report of a robbery June 18 at Charleena Lyles’ residence. Dashcam audio, released by the Seattle Police Department, indicate the situation appeared to be calm when the officers first interacted with Lyles and entered her apartment.

Moments later, one of the officers said “Get back! Get back!” before gun shots are heard. It’s unclear how many shots were fired. It’s also unclear how many hit Lyles, who died at the apartment complex. Lyles, who was pregnant, had grappled with mental health issues the past year and were afraid the officers would take her children away, her family told the Seattle Times.

Authorities said Lyles, at one point during the fatal encounter, was armed with two knives. An initial police statement said both officers, who are white, could have used “less lethal force options” to mitigate the situation. Lyles’ three children were also in the apartment at the time of the shooting.

According to audio released by police, the officers briefly discussed an incident with Lyles that occurred days before the robbery report. Lyles was arrested and charged with obstruction and harassment after allegedly threatening two responding officers with large shears.

In the 911 call, Lyles is heard reporting a break-in at her home, saying she noticed that some items went missing when she left the apartment for a few hours. In the hours-long video from the hallway outside her apartment, no one — other than Lyles — is seen entering or leaving the unit.

Attorney James Bible, who’s representing Lyles’ family, told the Times that this additional evidence was an attempt by the police “to taint the perceptions of Charleena.”

“What this sounds like is that police want to form some kind of inference, that either she’s mentally ill or that she’s flat out lying and trying to get officers to the apartment,” Bible said of the police department’s decision to release the video and audio.

What’s next? The Times reported that the investigation could take months.

Seattle was the subject of a 2011 Justice Department investigation that led to a court agreement between the city and the agency to rollout federally mandated reforms within the police department.

WATCH: Why do so few deadly police shootings end in police convictions?

Left: St. Anthony Police Department officer Jeronimo Yanez poses for investigation photographs after he fatally shot Philando Castile during a traffic stop in July 2016, in a combination of photos released on June 20, 2017, after a jury declared Yanez not guilty of second-degree manslaughter. Photo courtesy of Minnesota Bureau of Criminal Apprehension/Handout via Reuters