The newest editor of a radical newspaper in San Francisco that empowers people in prison and the storied Bayview neighborhood has decades of experience that don’t often make resumes.

Troy Williams spent 18 years of a life sentence at San Quentin State Prison before he was released on parole and moved to Oakland in 2014. But even before he was arrested for trying to rob a computer parts company in Los Angeles in 1994, he was already telling provocative and honest stories about gang life, frustrated by how other people portrayed them.

On Juneteenth, a day commemorating the end of slavery, Williams accepted the position as top editor at the San Francisco Bay View National Black Newspaper, which was inspired by Malcolm X and has aimed to serve “as a positive force in the struggle for freedom” since its founding, wrote the paper’s publisher on its 40th anniversary.

“What got me into media in the first place is me watching people attempt to tell my story and never getting my story right,” said Williams, who continued to hone his skills inside the country’s largest prison for death row inmates. “It’s important for people to be able to have their own voice, unimpeded.”

The paper announced the transition on Friday in their July edition, after a long vetting process.

While the paper was founded in 1976 by a man who sold newspapers on street corners in the neighborhood as a teenager, Willie and Marie Ratcliff took over in 1992. Since then, the Ratcliffs have been renowned by their readers for taking on stories of injustice in their neighborhood and inside prison from the perspective of the people who are affected. 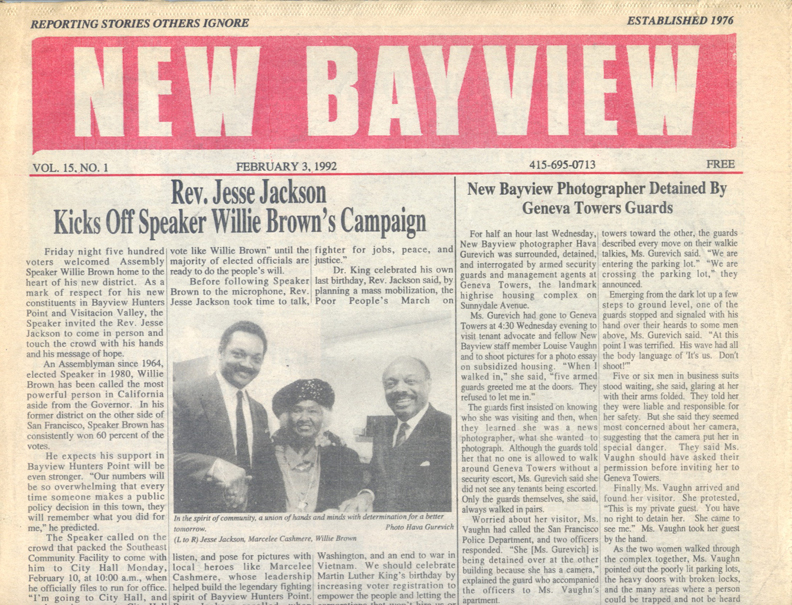 The paper helped shut down one of the country’s dirtiest power plants by publishing columns by a woman whose grandson was hospitalized for asthmatic attacks, which resonated with the neighborhood as they railed against it. The Ratcliffs also started to send the papers to people in prison, encouraging them to tell their stories about overcrowding, abuse, religion, race, sanitization, gender, food and more.

Now, more than 3,000 people who are incarcerated across the country subscribe, and the paper’s newsroom gets hundreds of letters and drawings for submission every day.

Ratcliff said one of her proudest contributions the paper has made was covering the Pelican Bay State Prison strike in July of 2011, when about 400 prisoners who were in solitary refused food until corrections agreed to five basic demands, provoking a nationwide solidarity and a compromise.

But Mary always wanted an editor who has experienced being black in America, knowing that it’s impossible to dissociate Bayview or the prison system from race.

“I’ve been searching and hoping for an excellent black editor for all 26 years. I’ve been keeping the seat warm for that person,” she said.

The Bayview neighborhood has a rich history in San Francisco, known in particular for its naval development ahead of World War II, which drew black, working-class builders during the Great Migration. As San Francisco grew, Bayview stood out as the city’s predominantly black neighborhood – a ratio that has deflated in recent years as housing prices explode.

Like many black neighborhoods, its vitality is often eclipsed in mainstream news by reports of crime and deprivation. 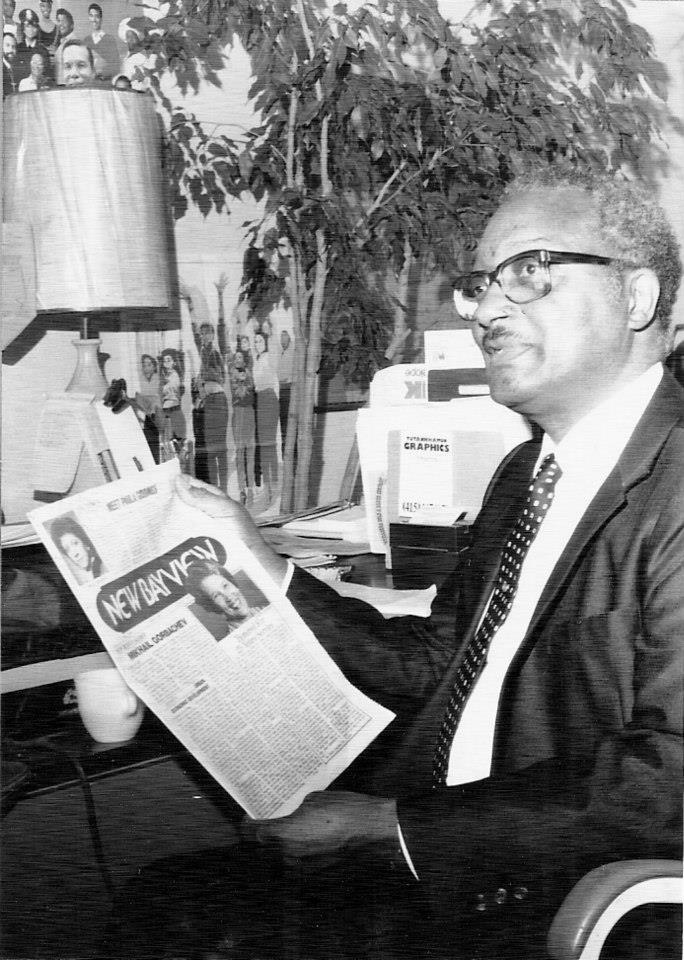 As a result, “You don’t get the vibrancy, the role of the church, the activism that’s happening in that community, even just people who care about what’s going on,” said Venise Wagner, an associate professor of journalism at San Francisco State University. “I have a lot of students or hear a lot of students talking about the Bayview and they have always been warned by their parents never to go there.”

The Bay View newspaper, which has “41 years of liberation journalism” on its masthead, was conceived as an antidote to this blind spot that also extends to people in jail. Black people are incarcerated at five times the rate of white people, while the prison system often weakens freedom of expression. It forbids some kinds of literature and limits incarcerated people’s ability to share their stories, citing issues of safety.

In fact, the newspaper has been banned from some prisons because of its content, most recently in the lead-up to, and aftermath of, a nationwide prison strike in September.

Williams was in San Quentin when then-warden Robert Ayers, who had come out of retirement to help rebuild the prison’s reputation, was approached by a film crew. They wanted to make a documentary about training inmates how to shoot and edit video, and would give the equipment to the prison at the end.

The crew said they had been denied by 47 states before they found Ayers.

Williams got into the training program, 10 years after he had last held a camera and spliced film.

That was in 2007. Williams kept using the equipment, made a video production, then eventually got permission to produce the San Quentin Prison Report in 2012, a partnership with a San Francisco public radio station KALW that talks about issues on the inside as told by inmates.

Ayers had also brought back the San Quentin News, and Williams was one of its first reporters. And now a podcast called Ear Hustle, slang for eavesdropping, works out of the prison’s media lab, though that began after Williams left.

Two weeks after he got out of prison in 2014, he accepted an award for Community Journalism at SPJ for his work on the radio partnership.

“The vast majority of people get out of prison and the more that they can be connected to their communities, the better they’ll do,” said Keramet Reiter, an assistant professor of criminology at University of California, Irvine. “Giving them the ability to tell their stories, it’s likely to be very productive in terms of long-term reentry.”

Williams said the SPJ award was an honor that resonated with the man he was in his early 20s, when he was supposed to receive an award from the City of Lynwood. He made a production about gangs for the public station, named “Check Yourself Before you Wreck Yourself” after the Ice Cube song.

“Instead of me going to the award, I was one of them Mr. Slick guys and I thought I was going to be able to pull off this robbery first,” he said. “I messed up. In my mind this robbery was my ticket out of the lifestyle and I realized, I shoulda had the strength just to be patient and just wait it out and see what life would bring me.”

Williams doesn’t plan to make any significant changes to the content of the newspaper, but hopes to bring in more accountability. First person accounts, which are often reprinted in the paper, are insightful, telling and powerful, but can lack onus.

“It’s easy to point the finger across the street and say what somebody else is doing wrong, but also just looking at my life I have a lot to be accountable for myself,” he said.