Trump proposal seeks to crack down on food stamp ‘loophole’

Residents signing up for food stamps in Minnesota are provided a brochure about domestic violence, but it doesn’t matter if they even read the pamphlet. The mere fact it was made available could allow them to qualify for government food aid if their earnings or savings exceed federal limits.

As odd as that might sound, it’s not actually unusual.

Thirty-eight other states also have gotten around federal income or asset limits for the Supplemental Nutrition Assistance Program by using federal welfare grants to produce materials informing food stamp applicants about other available social services. Illinois, for example, produced a flyer briefly listing 21 services, a website and email address and a telephone number for more information.

The tactic was encouraged by former President Barack Obama’s administration as a way for states to route federal food aid to households that might not otherwise qualify under a strict enforcement of federal guidelines. Now President Donald Trump’s administration is proposing to end the practice — potentially eliminating food stamps for more than 3 million of the nation’s 36 million recipients.

The proposed rule change, outlined this past week by the U.S. Department of Agriculture, has highlighted the ideological clash between Trump’s attempts to tighten government entitlement programs and efforts in some states to widen the social safety net.

It’s also stirred outrage and uncertainty among some who stand to be affected. 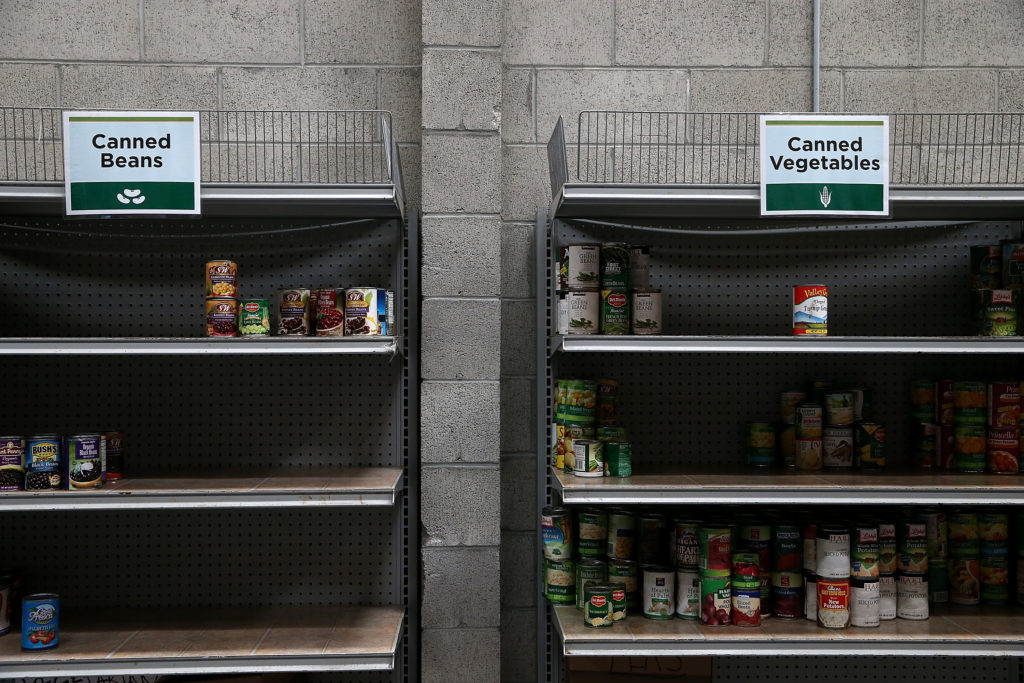 “I think it’s pretty rotten,” said Lisa Vega, a single mother of two teenage boys in suburban Chicago who applied for food stamps last month after losing her job. Because she receives regular support payments from her ex-husband, Vega said her eligibility for food stamps likely hinges on the income eligibility exceptions that Trump’s administration is trying to end.

“A lot of these politicians don’t realize that us Americans out here are living paycheck to paycheck, one crisis away from being homeless,” Vega said. “You’re just going to take this kind of stuff away from us when we need it the most?”

Current federal guidelines forbid people who make more than 130 percent of the poverty level from getting food stamps. But many states believe the cap is too restrictive, especially in cities with a high cost of living, prompting them to bypass the limits.

At issue is a federal policy that allows people who receive benefits through other government programs, such as Temporary Assistance for Needy Families, to automatically qualify for the food aid program known as SNAP. The practice, called categorical eligibility, is intended partly to reduce duplicative paperwork. It has also allowed states to grant food stamps to more people.

In 2009, Obama’s Agriculture Department sent a memo to its regional directors encouraging states to adopt what it termed as “broad-based categorical eligibility” for food stamps by providing applicants with a minimal TANF-funded benefit such as an informational pamphlet or telephone hotline. Among other things, Obama’s administration said the expanded eligibility could help families stung by a weak economy and promote savings among low-income households.

Most states adopted the strategy. Thirty states and the District of Columbia are using income limits higher than the federal standard of $1,316 monthly for an individual or $2,252 for a family of three. Thirty-nine states and the District of Columbia have either waived asset limits entirely or set them above federal thresholds, according to the Agriculture Department.

The department’s inspector general has raised concerns about the tactic. It also came under public scrutiny last year after self-described millionaire Rob Undersander testified before the Minnesota legislature that he and his wife had legally received about $6,000 in food stamps over 19 months because his considerable assets and Individual Retirement Account withdrawals didn’t count against his eligibility.

Undersander, who is a Trump supporter, told The Associated Press this week that he had been trying to make a point — not game the system — and praised Trump’s administration for proposing to tighten eligibility standards.

“I think that states just found this loophole, and then I think they’ve been abusing a loophole,” Undersander said.

Although Undersander failed to persuade Minnesota to change its policy, critics were more successful in Mississippi. On July 1, Mississippi implemented a state law prohibiting its Department of Human Services from using noncash benefits in other programs to trigger food stamp eligibility.

Under the Trump administration’s proposed rule change, residents in all states would need to be authorized to receive at least $50 a month in TANF benefits for a minimum of six months in order to automatically qualify for food stamps. Subsidies for childcare, employment and work-related transportation would still count. But the proposal would stop states from linking eligibility to the receipt of an informational brochure.

The Minnesota Department of Human Services has estimated that 12,000 of its roughly 400,000 food stamp recipients could be cut off if the federal government eliminates its ability to use a brochure as justification for offering food stamps to those earning up to 165% of the federal poverty level instead of the federal threshold of 130% of the poverty mark.

Advocates for the poor say states’ exceptions to federal guidelines have helped people gradually transition off food stamps when they get modest raises at work and have enabled seniors and the disabled to save money without going hungry. Advocates also say the eligibility exceptions have helped people such as Vega, whose income may be slightly above the federal threshold yet have little money left over after paying high housing and utility bills.

“I think the Trump administration is trying to make a lot of hay out of how this policy option functions in practice to draw a lot of skepticism about it,” said Nolan Downey, an attorney at the Shriver Center on Poverty Law in Chicago who helped Vega apply for food stamps. “But I think if people have an understanding of what the outcome really was meant to be, it’s something that seems a lot less dubious.”

Left: Food waits to be distributed at the Los Angeles Regional Food Bank after the announcement that the Trump administration reportedly has plans to cut food stamps to more than three million people across the country, in Los Angeles on July 24, 2019. - More than 38 million low-income Americans currently receive food stamps. Photo by Mark Ralston/AFP/Getty Images