US says conserving oil is no longer an economic imperative

WASHINGTON — Conserving oil is no longer an economic imperative for the U.S., the Trump administration declares in a major new policy statement that threatens to undermine decades of government campaigns for gas-thrifty cars and other conservation programs.

The position was outlined in a memo released last month in support of the administration’s proposal to relax fuel mileage standards. The government released the memo online this month without fanfare.

Growth of natural gas and other alternatives to petroleum has reduced the need for imported oil, which “in turn affects the need of the nation to conserve energy,” the Energy Department said. It also cites the now decade-old fracking revolution that has unlocked U.S. shale oil reserves, giving “the United States more flexibility than in the past to use our oil resources with less concern.”

With the memo, the administration is formally challenging old justifications for conservation — even congressionally prescribed ones, as with the mileage standards. The memo made no mention of climate change. Transportation is the single largest source of climate-changing emissions.

President Donald Trump has questioned the existence of climate change, embraced the notion of “energy dominance” as a national goal, and called for easing what he calls burdensome regulation of oil, gas and coal, including repealing the Obama Clean Power Plan.

Despite the increased oil supplies, the administration continues to believe in the need to “use energy wisely,” the Energy Department said, without elaboration. Department spokesmen did not respond Friday to questions about that statement.

“If you look at it from the other end, if you do believe that fossil fuels do some sort of damage to the atmosphere … you come up with a different viewpoint,” Kloza said. “There’s a downside to living large.”

Climate change is a “clear and present and increasing danger,” said Sean Donahue, a lawyer for the Environmental Defense Fund.

In a big way, the Energy Department statement just acknowledges the world’s vastly changed reality when it comes to oil.

Just 10 years ago, in summer 2008, oil prices were peaking at $147 a barrel and pummeling the global economy. The Organization of the Petroleum Exporting Countries was enjoying a massive transfer of wealth, from countries dependent on imported oil. Prices now are about $65.

Today, the U.S. is vying with Russia for the title of top world oil producer. U.S. oil production hit an all-time high this summer, aided by the technological leaps of horizontal drilling and hydraulic fracturing.

How much the U.S. economy is hooked up to the gas pump, and vice versa, plays into any number of policy considerations, not just economic or environmental ones, but military and geopolitical ones, said John Graham, a former official in the George W. Bush administration, now dean of the School of Public and Environmental Affairs at Indiana University.

“Our ability to play that role as a leader in the world is stronger when we are the strongest producer of oil and gas,” Graham said. “But there are still reasons to want to reduce the amount we consume.”

Current administration proposals include one that would freeze mileage standards for cars and light trucks after 2020, instead of continuing to make them tougher. 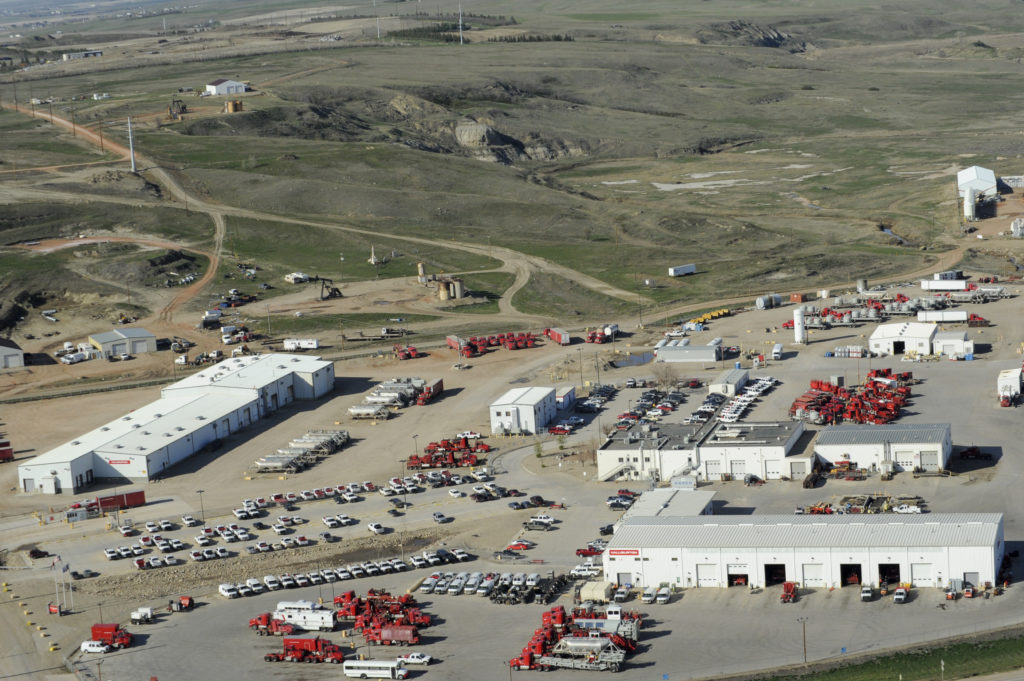 “American businesses, consumers and our environment are all the losers under his plan,” said Sen. Tom Carper, a Delaware Democrat. “The only clear winner is the oil industry. It’s not hard to see whose side President Trump is on.”

Administration support has been tepid to null on some other long-running government programs for alternatives to gas-powered cars.

Bill Wehrum, assistant administration of the EPA’s Office of Air and Radiation, spoke dismissively of electric cars — a young industry supported financially by the federal government and many states — this month in a call with reporters announcing the mileage freeze proposal.

Oil and gas interests are campaigning for changes in government conservation efforts on mileage standards, biofuels and electric cars.

In June, for instance, the American Petroleum Institute and other industries wrote eight governors, promoting the dominance of the internal-combustion engine and questioning their states’ incentives to consumers for electric cars.

Surging U.S. and gas production has brought on “energy security and abundance,” Frank Macchiarola, a group director of the American Petroleum Institute trade association, told reporters this week, in a telephone call dedicated to urging scrapping or overhauling of one U.S. program for biofuels.

Fears of oil scarcity used to be a driver of U.S. energy policy, Macchiarola said.

Thanks partly to increased production, “that pillar has really been rendered essentially moot,” he said.

Left: Oil pours out of a spout from Edwin Drake's original 1859 well that launched the modern petroleum industry at the Drake Well Museum and Park in Titusville, Pennsylvania U.S., October 5, 2017. Photo By Brendan McDermid/Reuters