VIRGINIA BEACH, Va. — The 12 people who were fatally shot in a Virginia Beach government building were remembered Saturday during a somber news conference and prayer vigil as officials sought to put the focus on those who died and not the gunman.

Police Chief James Cervera identified the assailant as DeWayne Craddock, who was employed for 15 years as an engineer with the city’s utilities department. He declined to comment on a motive for Friday’s rampage, which ended with Craddock’s death in a gun battle with police. City officials uttered his name just once and said they would not mention it again.

City Manager Dave Hansen said he had worked for years with many of the dead, 11 of whom were city employees. The 12th was a contractor trying to get a permit.

Their names and photos were projected on a screen as Hansen read aloud biographical information that included their hometowns and years of service.

“They leave a void that we will never be able to fill,” he said.

Chaplains and family assistance workers worked through the night to notify relatives — a job that Hansen described as “the most difficult task anyone will ever have to do.”

One of the dead employees had worked for the city for 41 years. Six worked in the same department as Craddock, though authorities have declined to say if anyone was specifically targeted or if the suspect had issued threats before. The victims were found throughout the building, on three floors, police said.

Authorities have said Craddock opened fire indiscriminately. Four other people were wounded, including a police officer whose bulletproof vest saved his life. 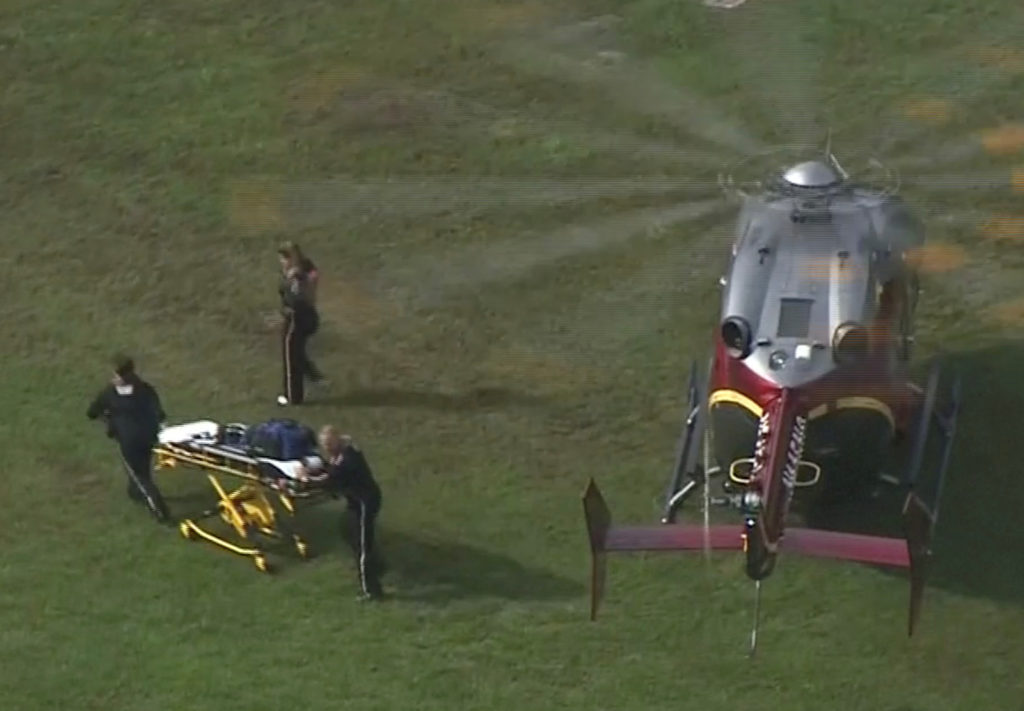 Rescue workers unload a stretcher from a helicopter following a shooting incident at the municipal center in this still image from video in Virginia Beach, Virginia, U.S. May 31, 2019. PHoto By WAVY-TV/NBC/via Reuters

The suspect was armed with a .45-caliber handgun with a noise suppressor, police said. Cervera said Saturday that more weapons were found at the scene and at his home.

Two law enforcement officials told The Associated Press that the gunman made multiple legal firearm purchases recently, and the guns recovered at the scene were purchased legally. The officials were not authorized to discuss an ongoing investigation publicly and spoke on condition of anonymity.

The building was open to the public, but security passes were required to enter inner offices, conference rooms and other work areas. As a current employee, Craddock would have had the pass to enter the inner offices, Hansen said.

Asked how secure the building was, the police chief said that government buildings must balance access with security.

Craddock, 40, was a professional engineer who had graduated from Denbigh High School in nearby Newport News in 1996 and joined the Army National Guard, according to a newspaper clip from the time. He received basic military training and advanced individual training at Fort Sill, Oklahoma. He later graduated from Old Dominion University with a bachelor’s degree in civil engineering.

The 11 city employees who were killed were identified as Tara Welch Gallagher, Mary Louise Gayle, Alexander Mikhail Gusev, Katherine A. Nixon, Ryan Keith Cox, Joshua A. Hardy and Michelle “Missy” Langer, all of Virginia Beach; Laquita C. Brown and Robert “Bobby” Williams, both of Chesapeake; and Richard H. Nettleton of Norfolk and Christopher Kelly Rapp of Powhatan. The 12th victim, Herbert “Bert” Snelling of Virginia Beach, was a contractor filling a permit.

Craddock appeared to have had no felony record, which would have made him eligible to purchase guns.

Joseph Scott, an engineering technician with the department of public works, said he had worked with Craddock before and had a brief interaction with him Friday. Scott said he saw him in the men’s restroom about five minutes before the shooting.

“He was in there brushing his teeth, which he always did after he ate,” Scott said. “I said ‘Hey, how you doing? What are you doing this weekend?’ It was just a brief conversation.”

Scott said he left for the day right after and learned of the shooting when a co-worker and then his son called him asking if he was OK.

“I couldn’t believe that it happened,” he said. 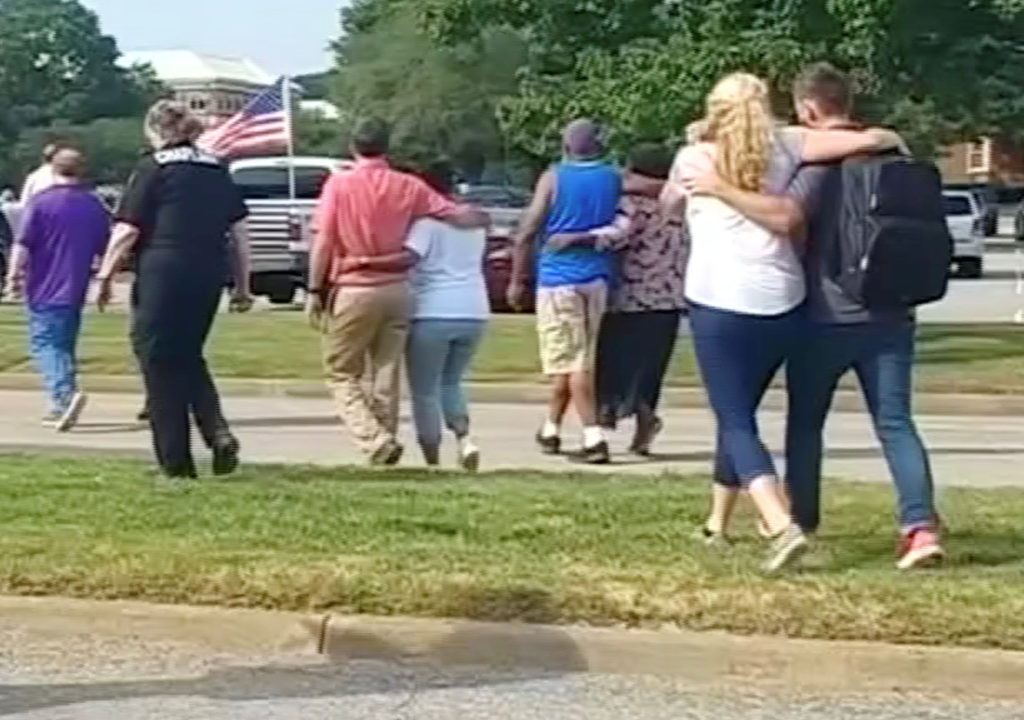 Evacuees walk away from a building in this still image taken from video following a shooting incident at the municipal center in Virginia Beach, Virginia, U.S. May 31, 2019. Photo By WAVY-TV/NBC/via Reuters

Scott said he worked in a different division from Craddock, whom he described as quiet, polite and a “nice guy.” Scott said he thought Craddock was in good standing at work and had never heard negative reports about him.

Scott was among about 200 people who attended a Saturday prayer vigil for those killed. The crowd included city workers, community leaders and residents who just wanted to offer hugs and condolences. Many people openly sobbed or dabbed their eyes with tissues. Gov. Ralph Northam also attended.

“We grieve with you,” Northam said. “We are all in this together.”

Scott said he, his wife and several other people prayed for the shooter.

“He was a human too, and his family is hurting too,” Scott said. “He’s not evil … he was just another guy who had problems.”

Craddock’s neighbors said police swarmed the neighborhood of modest townhomes Friday in Virginia Beach. Some said he had lived there for at least 10 years.

Several neighbors said Craddock was a clean-cut member of the neighborhood association board whose wife had left him some years ago.

Left: The 11 city employees who were killed were identified as Tara Welch Gallagher, Mary Louise Gayle, Alexander Mikhail Gusev, Katherine A. Nixon, Ryan Keith Cox, Joshua A. Hardy and Michelle "Missy" Langer, all of Virginia Beach; Laquita C. Brown and Robert "Bobby" Williams, both of Chesapeake; and Richard H. Nettleton of Norfolk and Christopher Kelly Rapp of Powhatan. The 12th victim, Herbert "Bert" Snelling of Virginia Beach, was a contractor filling a permit. Photos courtesy of the City of Virginia Beach