‘We are not killers:’ Migrants in caravan respond to Trump

DONAJI, Mexico — As President Donald Trump ramped up his anti-migrant rhetoric ahead of Tuesday’s midterm elections, exhausted Central Americans walking across Mexico in hopes of reaching the United States said they were mostly perplexed and turned off by his threats, which they perceive as exaggerated.

The U.S. president has spent the final days of the campaign hammering the issue as he tries to energize Republican voters, and his favorite target has been the migrant caravan of almost 4,000 people that is still more than 800 miles away from the nearest U.S. border. Three smaller ones are following behind it.

READ NEXT: Trump stumps in cities that don’t look that much like US

Trump’s recent statements include that he plans to sign an order that could lead to the detention of migrants crossing the southern border, and barring anyone caught crossing illegally from claiming asylum. Both propositions are legally dubious. Trump also said he had told the U.S. military mobilizing at the southwest border that if U.S. troops face rock-throwing migrants, they should react as though the rocks were “rifles.”

“It is pure ignorance for him to think like that,” said Marta Cuellos, a 40-year-old from Tegucigalpa, the Honduran capital. “A rock is not the same as a rifle.”

While some migrants have clashed with Mexican police at a bridge on the Guatemala border, most of those traveling with the caravans have been peaceful and say they are fleeing violence and poverty at home. Those traveling through the southern state of Oaxaca on Friday said they are not looking for trouble.

Cuellos said she owned a cantina back home in Honduras but left because she could no longer make rent and was being harassed by police. She persuaded her 35-year-old sister to join her on the trip, and said the only thing they want is work and a better life in the United States. It’s her second attempt. She first crossed into the U.S. seven years ago but was deported last year. 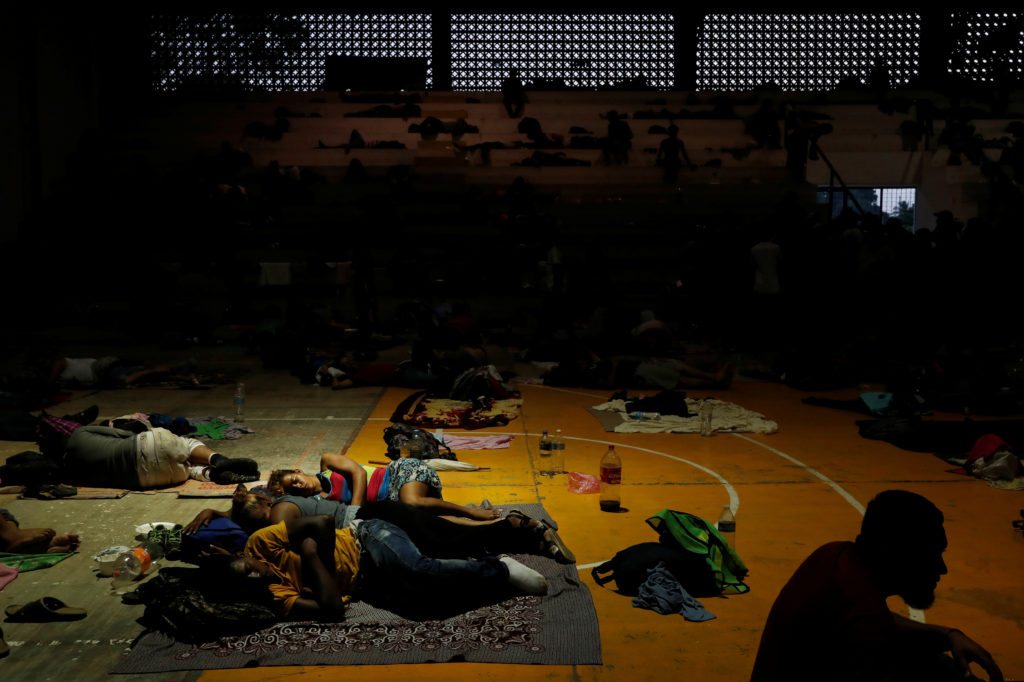 Selvin Maldonado, a 25-year-old from Copan, Honduras, said he left his wife and baby daughter at home in search of a better living to support his children. He took his 5-year-old son, Dennys, with him.

“What Trump said is stupid,” Maldonado said while walking to the town of Donaji. “I don’t want to attack police, because my concern is my son.”

The migrants also were also turned off by the U.S. president’s characterization of the slow-moving caravan and the three smaller ones following as “invasion.” Trump has proposed detaining migrants in massive tent cities at the border. 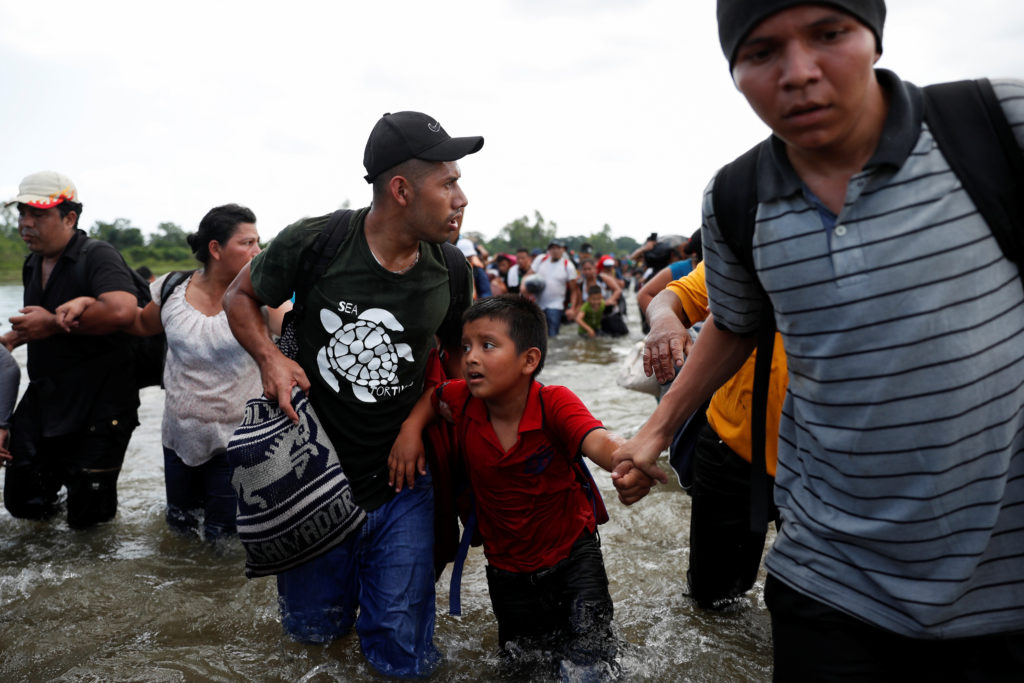 Migrants, part of a caravan traveling to the U.S., cross the Suchiate River, the natural border between Guatemala and Mexico, as seen from Ciudad Hidalgo, Mexico, November 2, 2018. Photo by Carlos Garcia Rawlins/Reuters

“We are not killers,” said Stephany Lopez, a 21-year-old Salvadoran with the first caravan. “We just want to work for a few years, and after that he can deport us if he wants.”

Lopez noted that the president’s mother, who was born in Scotland, was an immigrant.

“He should think of us as equals. Immigrants have built that country,” she said.

In June, U.S. Attorney General Jeff Sessions said that domestic and gang violence would generally no longer be accepted as reasons for migrants to be granted asylum. Trump has said this week that those in the caravan would not get asylum — though U.S. law allows them the right to apply — and warned them to turn around.

The Trump administration’s vehement opposition and tough rhetoric has at least some in the caravan weighing alternatives.

Tifany Morandis, 19, was traveling with her husband, 28-year-old Javier Sanchez, and their two sons, 7-year-old Angel and 9-month-old Cesar. Her nose and face sun-scorched after many days on the road, she said she was very tired and is considering stopping in Tijuana, the Mexican border city across from San Diego.

“Donald Trump has made things very complicated at the border, and better that we stay in Tijuana than fight with him,” Morandis said.

But many are hopeful. “Even stones can soften,” Cuellos said.

Left: Migrants, part of a caravan traveling from Central America en route to the United States walk by the road that links Ciudad Hidalgo with Tapachula, Mexico, November 2, 2018. Photo by Carlos Garcia Rawlins/Reuters