What we know about the fatal shooting of Ahmaud Arbery

Three men have been arrested in the killing of 25-year-old Ahmaud Arbery, a Georgia man whose death while jogging through a neighborhood sparked outrage across the country this week after a video appearing to show the incident was posted online.

Arbery, who is black, was killed in late February. But video of his killing released online Tuesday prompted the Georgia Bureau of Investigation to become involved in the case, amid pressure from criminal justice advocates, as well as friends and family of Arbery, to bring charges against the three white men involved in the death.

WATCH: Attorney for Ahmaud Arbery’s family: ‘Why do we have 2 justice systems in America?’

Gregory and Travis McMichael were arrested by the GBI on May 7, according to a statement from the bureau. They were charged with murder and aggravated assault. The GBI announced on May 21 that William Bryan had been arrested on charges of felony murder and criminal attempt to commit false imprisonment. Bryan was the man who filmed Arbery’s fatal shooting.

In a press conference May 8, GBI Director Vic Reynolds said that “there was more than sufficient probable cause” to charge the McMichaels with felony murder in the case. The bureau made the arrests within 36 hours of beginning their investigation. He said that the investigation was ongoing and they were looking into other potential suspects as well.

The Justice Department also said in a statement on May 11 that it was “assessing all of the evidence to determine whether federal hate crime charges are appropriate” in the death of Arbery.

“I think it’s horrible and it’s certainly being looked at by many people,” President Trump said of the Arbery case in a news conference that day. He added that he had been following the investigation very closely and speaking to people involved.

Prosecutor Joyette M. Holmes announced on June 23 that Bryan and the McMichaels had been indicted by a grand jury on malice and felony murder charges.

As attention surrounding Arbery’s death grows, questions about the shooting, and how law enforcement handled it up to this point, remain. Here’s what we know about the case right now and what happens next.

Who was Ahmaud Arbery?

Ahmaud Arbery was a standout football player at Brunswick High School, where he graduated in 2012. He lived with his mother in coastal Glynn County, Georgia. According to his friends and family, he was an avid runner. A Satilla Shores resident told The Brunswick News they had seen him jogging several times in the neighborhood off of the U.S. Route 17 where he was killed. His father told the PBS NewsHour on May 7 that his son often took the same running route. 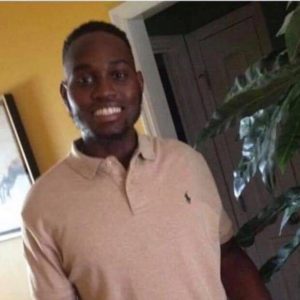 Photo courtesy of the Arbery family.

Rafeal Baker Jr., who played football with Arbery through middle and high school, remembers him as a “vocal,” “funny,” and “goofy” guy. He thought of Arbery like a brother.

“He made everybody smile. If there was ever anything serious going on, he knew how to lighten up the mood and just make you feel good,” Baker told the NewsHour.

“He always ran, he always tried to be physically active and work out,” Baker added. When Baker, who is currently a medical student at Duke University, received a text back in February that his friend had been killed, he said he was “devastated.” He was also surprised to hear that some people in the neighborhood had suspected Arbery of committing a burglary — one explanation that has been presented to his family as a motive for the killing. “I did not believe that, because I know Ahmaud,” Baker said. “Ahmaud wouldn’t do anything like this.”

“He ran all the time, everybody know he ran all the time,” Marcus Arbery Sr., Arbery’s father, told the PBS NewsHour, adding that he often ran 3-5 miles a day. “I don’t know why they racial profiled him, and done him like that, because all he did was work out…he had dreams. All his dreams, gone.”

On Feb. 23, Arbery was jogging in the Georgia neighborhood of Brunswick as his family and friends say he often did. As Arbery was making his way down a street during his run, McMichael was on the front yard of his home, spotted Arbery, and believed he was the man who had committed several recent break-ins in the neighborhood, according to a police report obtained by the PBS NewsHour.

The following is also from the police report: McMichael then “ran inside his house and called to” Travis McMichael, his son. He said, “Travis, the guy is running down the street, let’s go.” The father told police he went to his bedroom and grabbed his .357 Magnum handgun and Travis McMichael grabbed his shotgun. The older McMichael told police he believed he had seen Arbery “the other night” and that he had “stuck his hand down his pants” which led them to believe Arbery was armed.

The confrontation ended with Arbery being shot at least three times and dying on the street where he had just been jogging, according to the police report.

What does the video show?

Cell phone video, which S. Lee Merritt, an attorney for Arbery’s mother posted on Twitter May 5, appears to show Arbery jogging in the south Georgia neighborhood before he comes upon Gregory and Travis McMichael in a truck. The 25-year old appears to try to get around them, but Travis McMichael gets out of the truck and pursues Arbery. The two fight and the video shows Arbery being shot. He then tries to jog away before collapsing on the ground.

George E. Barnhill, the district attorney of the Waycross Judicial Circuit who later recused himself from the case, wrote in a letter to the Glynn County Police Department that the video was shot by Bryan.

“He was hunted down and killed like an animal,” Arbery’s mother, Wanda Cooper-Jones, told the PBS NewsHour when reacting to the video footage.

Why is this getting attention now?

Arbery’s family, friends and attorneys have been calling for Gregory and Travis McMichael to be charged and arrested for weeks. The incident is getting more attention now because a video of the incident, which has been shared online, has led to national outcry over the incident.

“My son’s death would have been a cover-up” if it hadn’t gotten national attention, Arbery’s mother told the PBS NewsHour.

What does Arbery’s family say?

Arbery’s mother told CNN there was nothing suspicious about Arbery going for a run. “I wouldn’t have ever worried with him jogging, because if he’s jogging, he’s not bothering anyone,” she said. “I never worried about him jogging, ever.”

Cooper-Jones told the PBS NewsHour that she was surprised to hear from the police that her son had been connected with a suspected burglary in the community when her son was killed. “I never believed he was burglarizing anything. They told me that, I questioned it,” she said of the Glynn County police department’s report on the death. 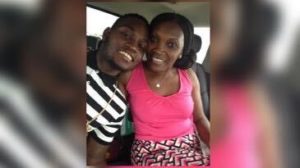 Ahmaud Arbery with his mother, Wanda Cooper-Jones. Courtesy of the Arbery family.

After reviewing the surveillance video the Arbery family’s attorneys released a statement on May 9 saying that the footage appeared to show a person believed to be Arbery entering a property under construction, then continuing to jog, before the incident occurred. “Ahmaud’s actions at this empty home under construction were in no way a felony under Georgia law,” Arbery’s attorneys said in the statement. “This video confirms that Mr. Arbery’s murder was not justified and the actions of the men who pursued him and ambushed him were unjustified.”

What do police say?

In the police report filed following Arbery’s death, the McMichaels explained that they believed Arbery matched the description of a man they suspected had recently committed several burglaries in their neighborhood.

Barnhill indicated in his letter that the McMichaels were in “hot pursuit” of a burglary suspect “with solid firsthand probable cause,” at the time they killed Arbery, but there is no indication thus far that the victim was responsible for any recent burglaries in the Satilla Shores neighborhood. Arbery’s mother recently told CNN that she believes her son had not committed a crime.

In his letter, Barnhill suggested that the McMichaels had been within their legal right to act as they did, citing a Georgia statute that says “a private person may arrest an offender if the offense is committed in his presence or within his immediate knowledge,” arguing that McMichael had the right to use “deadly force” to protect himself. But it’s unclear if this argument would hold up in court.

The attorney S. Lee Merritt told Vox on May 9 that the McMichaels would “actually have to be observing the crime, or be in the immediate knowledge of the crime” for this interpretation of the law to hold.

What other questions remain?

Still in question is how 911 calls made to police dispatchers prior to Arbery’s death may factor into the case. Shortly before Arbery was killed, the Glynn-Brunswick 911 dispatcher received a call from someone concerned that a man they believed was Arbery was walking around an open home that had been under construction for some time. Soon after, they received a second call from someone who said, “I’m out here at Satilla Shores. There’s a black male running down the street,” according to documents obtained by The Brunswick News. The dispatcher pressed the caller to explain what the man was doing wrong, but the caller did not give a clear answer.

Members of Arbery’s family have said the case should be considered a hate crime, because they believe their son was targeted due to his race. “It was a hate crime, it really was,” Arbery’s mother told the NewsHour. But GBI Director Reynolds noted the morning of May 8 that Georgia is one of four states in the U.S. with no hate crime statute.

There have been a number of prosecutors assigned to this case in the last few months due to Gregory McMichael’s previous work with law enforcement and as an investigator for the Brunswick District Attorney’s office. The original prosecutors on the case argued there was “insufficient probable cause to arrest” McMichael and his son, Travis McMichael.

After the shooting, Jackie Johnson, the district attorney of the Brunswick Judicial Circuit, recused herself because Gregory McMichael had worked in her office.

The case then went to Barnhill, the district attorney of the Waycross Judicial Circuit. He later requested to be removed from the case and recused himself because his son “worked in the prosecutor’s office with Gregory McMichael.”

The case then went to a third prosecutor — Tom Durden, of Georgia’s Atlantic Judicial Circuit, took over, and formally requested that the state’s bureau of investigation become involved. The day after the GBI started working in partnership with Durden, they arrested the McMichael men. The GBI said they would be taken into custody and booked in the Glynn County Jail.

At the press conference on the morning of May 8, GBI director Reynolds promised that “every stone will be turned over” in the investigation into Arbery’s killing.

By May 11, a fourth prosecutor, Cobb County District Attorney Joyette Holmes, was named as the new prosecutor on the Arbery case. Attorney Ben Crump and the Arbery family said in a statement that they hoped Holmes would be “zealous in her search for justice.”

Yamiche Alcindor is the White House correspondent for the PBS NewsHour and a political contributor for NBC News and MSNBC. She often tells stories about the intersection of race and politics as well as fatal police encounters. She is currently covering the administration of President Joe Biden and the impact of the coronavirus pandemic.