AUSTIN, Texas — Texas is an unlikely can’t-miss stop for the Democratic presidential candidates, but many of them are making appearances this weekend at the trendy and techie South by Southwest Festival in Austin.

Texas is an early primary state, but the real draw of the event for Democrats is the chance to spend time with the party’s ascendant young and liberal wing.

Beto O’Rourke, a former Texas congressman, is expected to attend the premiere of a documentary film chronicling his longshot U.S. Senate campaign last year. It ended in a narrow loss to the Republican incumbent, Ted Cruz. 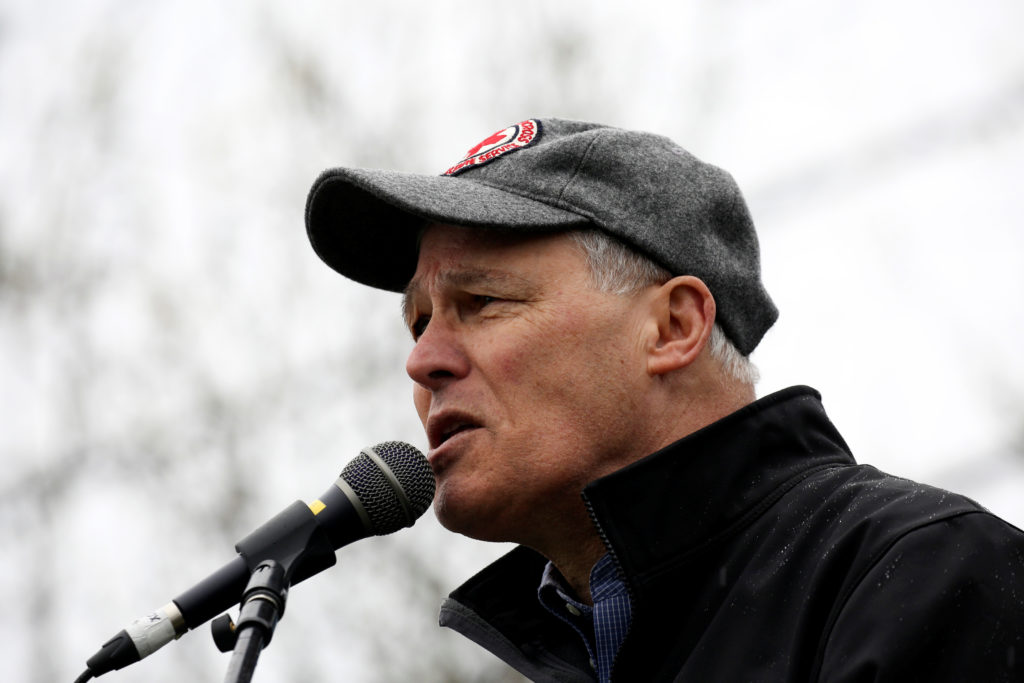 Washington Governor Jay Inslee speaks during a rally at the beginning of the March For Science in Seattle, Washington, U.S. April 22, 2017. Photo By David Ryder/Reuters

O’Rourke hasn’t said yet whether he’s in or out of the 2020 White House race.

First up on Saturday at the festival are two senators who are running — Elizabeth Warren of Massachusetts and Amy Klobuchar of Minnesota.

Among the other candidates Saturday, California Sen. Kamala Harris is campaigning in South Carolina while Hickenlooper and Vermont Sen. Bernie Sanders are visiting Iowa.