Voters across the country are headed to the polls Tuesday, casting their primary ballots in Missouri, Michigan, Kansas and Washington. Tuesday’s primaries will shape several high-profile general election contests.

Sen. Claire McCaskill, D-Mo., who is expected to easily win her primary, will officially have a GOP opponent. Michigan Democrats will nominate a candidate for governor, setting up a potentially competitive and high-profile gubernatorial race in November. And Democrats in a crowded primary field in Kansas are angling to take on a Republican incumbent in a House district that Hillary Clinton won in 2016.

The candidates: Democratic incumbent Sen. Claire McCaskill faces a handful of challengers, but is expected to easily win the primary. Missouri Attorney General Josh Hawley is expected to pick up the Republican nomination in the crowded GOP primary.

The issues: Like most Democrats this cycle, McCaskill has focused much of her campaign on health care and protecting the Affordable Care Act. McCaskill is also carefully cultivating a centrist image in a state that has moved steadily to the right since she was elected to the Senate in 2006. McCaskill has held town halls in rural areas that strongly supported President Donald Trump for president in 2016 in an effort to reach out beyond her base.

On the right, Hawley has focused on the Supreme Court, and McCaskill’s likely opposition to Judge Brett Kavanaugh’s nomination. McCaskill has not yet announced if she will support Kavanaugh. She voted against Justice Neil Gorsuch’s confirmation last year. 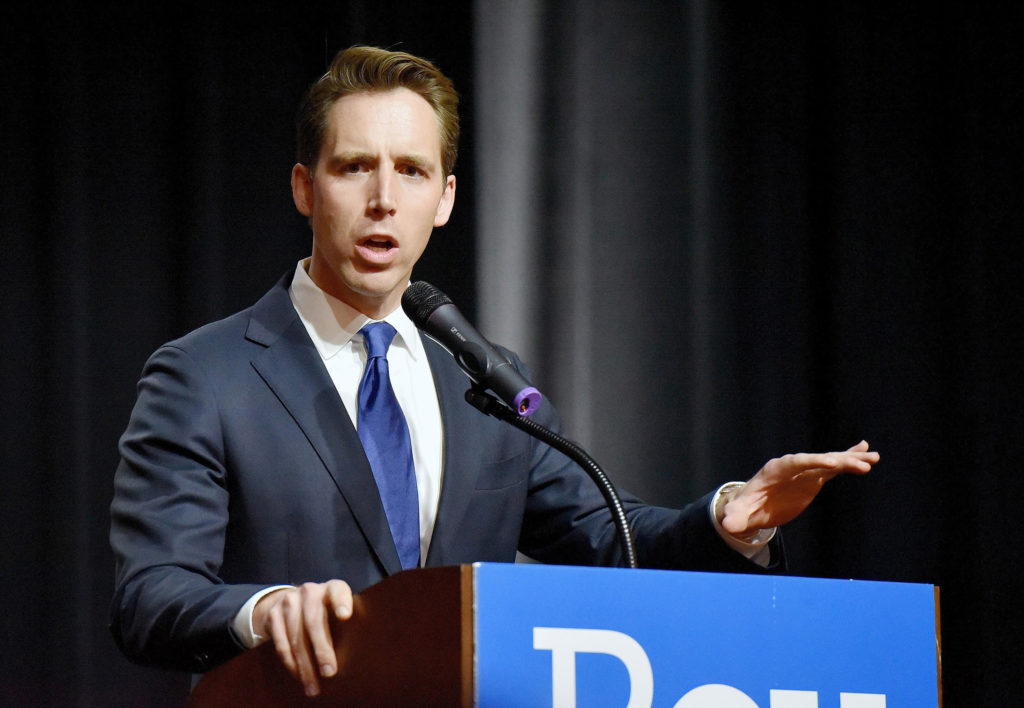 The bottom line: McCaskill is one of 10 Democratic senators up for re-election in states that Trump carried in 2016. While some of those races have turned out to be less competitive, Missouri remains a toss-up. McCaskill has been able to eek out wins in tough races in the past. But this year she’ll likely face a much more formidable candidate in Hawley than her 2012 opponent, Todd Akin. Still, despite significant fundraising support from outside groups — and fundraisers headlined by both Vice President Mike Pence and Trump — Hawley has struggled to raise money, and trails McCaskill in the polls. Hawley has also faced criticism for his response to former Republican Gov. Eric Greitens’ alleged affair and blackmail scandal. The race remains close, and could help determine control of the Senate this fall.

The issues: Amid the standard national debates on gun control, abortion, and support for Trump, one local issue in Michigan’s gubernatorial primaries has stood out: road conditions. In 2015, Republican Gov. Rick Snyder signed a law setting $1.2 billion aside annually for road repairs until 2022. According to a study by the American Society of Civil Engineers Michigan Section released last year, 39 percent of the Wolverine State’s paved roads are in poor condition, and 43 percent were rated in fair condition. Candidates on both sides of the aisle in the primaries for governor have focused on the issue, and they widely agree the state’s roads need additional funding to be fixed. But they disagree on how to fund the work. Republicans argue the state already has the money, whereas Democrats are proposing tax hikes to cover the costs.

One local issue in Michigan’s gubernatorial primaries has stood out: road conditions.

The bottom line: Schuette and Whitmer are favored to win their primaries, which would set up a competitive contest in November. Schuette has been the frontrunner in the GOP primary since Trump endorsed him last September. But his opponents have portrayed him as a career politician, and Schuette is facing an FBI investigation into alleged misuse of government staff for personal use. If he wins, the general election will test the strength of the GOP brand in the Upper Midwest when the name “Trump” is not on the ballot.

The issues: The six Democrats in the race represent the full spectrum of liberal ideology in 2018. Welder, for example, was inspired to run in part by Sen. Bernie Sanders’ 2016 presidential bid, and supports raising the minimum wage to $15 and establishing universal health care. Overall, it’s a progressive primary field on the left: every Democratic candidate is running on a platform of increasing access to affordable health care, and many support stronger gun control restrictions. A few have even said they would support impeaching Trump. 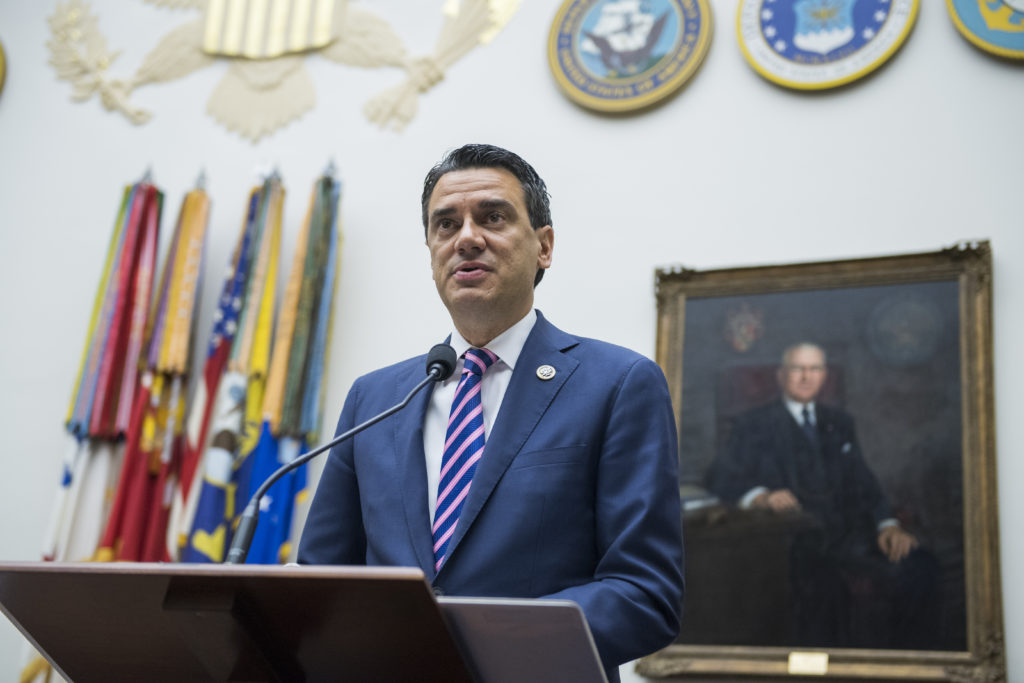 Rep. Kevin Yoder, R-Kan., is defending one of the 23 Republican-controlled House seats that Hillary Clinton carried in 2016. (Photo By Tom Williams/CQ Roll Call)

The bottom line: Yoder find himself in a precarious position in his re-election bid. On one hand, the four-term congressman has portrayed himself as a moderate Republican, a nod to the makeup of his district, which is one of the 23 GOP-controlled House seats that Hillary Clinton carried in 2016. On the other hand, Yoder has also attempted to show he’s an ally of the president — a move aimed at shoring up support with his GOP base. Trump won Michigan in 2016 and remains popular with Republican voters there). Yoder has criticized the Democratic candidates for moving far to the left in a moderate district, while Democrats have slammed his support for Trump. Yoder is expected to easily win the GOP primary, but he will likely face a tough re-election fight regardless of wins the Democratic primary.

Yoder’s re-election could also be complicated by internal GOP politics in the state that have little do with Trump. Former Gov. Sam Brownback’s tax cuts did not drive major economic growth and led to major education funding cuts. The experiment is now widely considered a failed policy, and has tied Republicans to an unpopular law. In 2016, Democrats made inroads in the state legislature and undid parts of the law. This year, liberal candidates in the state are hoping to capitalize on lingering voter frustration with the tax cuts.

The issues: When Republican Rep. Dave Reichert announced last year that he would retire, several Democrats jumped at the opportunity to flip a district that has supported the Democratic nominee in every presidential election since 2000. Republicans are determined to hold onto the district Reichert has represented since his election to Congress in 2002.

Several Democrats jumped at the opportunity to flip a district that has supported the Democratic nominee in every presidential election since 2000.

On the right, Rossi, the GOP frontrunner, has lost three statewide races, gubernatorial bids in 2004 and 2008, and one Senate race in 2010. This year the former Trump delegate is running as a moderate in the largely down-the-middle district. Democrats have painted his anti-abortion views and support for the Republican tax cut Trump signed into law as too conservative for the district.

On the left, the three Democrats have varying backgrounds, but they agree on most of the issues and are locked in a tight battle for the nomination. Hader has support from several local Democratic groups, while Emily’s List endorsed political newcomer Schrier. Still, a poll from the Democratic-aligned House Majority PAC shows Rittereiser with the largest lead in a head-to-head matchup against Rossi.

The bottom line: Democrats need to win moderate House districts like Reichert’s in order to regain control of the House in November. Once the primary ends, expect the Democratic nominee to make the general election race a referendum on the Trump administration. If Rossi wins the Republican primary, he’ll likely follow a larger GOP strategy of focusing on local issues.

Left: Sen. Claire McCaskill, D-Mo., is one of 10 Democrats running for re-election this year in states that President Donald Trump won in 2016. File photo by REUTERS/Aaron P. Bernstein