Over roughly 16 hours of questions to the White House legal team and House managers, few Senate lawmakers in either party showed signs of changing their minds about the impeachment charges against President Donald Trump.

Instead, the two-day question period that ended Thursday appeared to harden Republicans’ and Democrats’ existing positions in the trial, paving the way for a partisan Senate fight over witnesses Friday and possible quick acquittal of the president.

Here are key takeaways on the witness fight and the legal debate between Trump’s lawyers and House Democrats over his conduct with Ukraine.

Republicans have the upper hand in the witness fight

After the conclusion of the White House team’s oral arguments Tuesday afternoon, it looked as if Democrats might win over enough Republicans to subpoena Bolton and other witnesses and documents. The momentum was driven by claims Bolton reportedly makes in a forthcoming book that Trump told him he was withholding military aid to Ukraine in order to pressure the country to announce an investigation into former Vice President Joe Biden and his son Hunter.

By the end of the question phase of the trial, Republican leaders appeared confident they had the votes to block witnesses in the trial (four Republican senators need to vote ‘yes’ to call for witnesses). And Democrats appeared increasingly resigned to losing the witness vote.

Three moderate Republicans — Sens. Susan Collins of Maine, Lisa Murkowski of Alaska and Mitt Romney of Utah — could vote to call witnesses. But several other GOP senators who were seen as possible swing votes, like Tennessee Sen. Lamar Alexander, have signaled they won’t do so.
In a brief interview Thursday evening, Illinois Sen. Richard Durbin, the second-highest ranking Democrat in the Senate, said he did not believe more Republicans would join the “beginning three,” referring to Collins, Romney and Murkowski.

“I still think it’s probably [likely] those are the only ones at this point. I hope I’m wrong,” Durbin said. 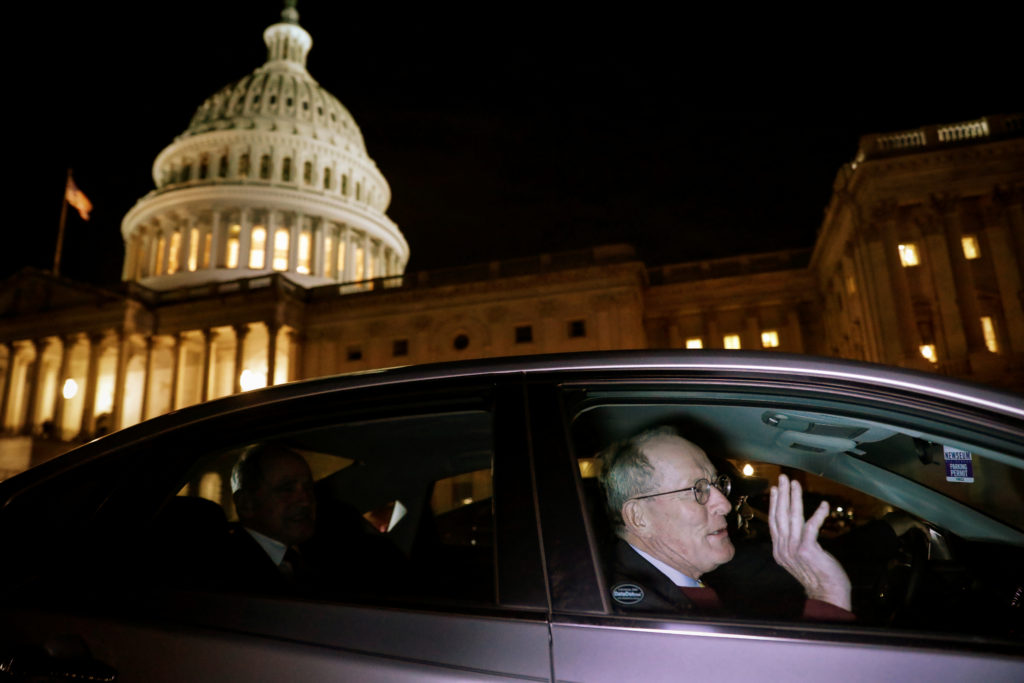 Trump’s lawyers made numerous arguments Wednesday and Thursday that appeared to convince undecided Republicans. They said that if Democrats are claiming they have a winning argument against Trump, they shouldn’t need new witnesses to prove their case.

Even though senators took an oath at the start of the trial to be impartial jurors, the trial remains a political fight.

The White House legal team also argued that House Democrats should have pushed harder to obtain testimony from witnesses like Bolton during the impeachment investigation last year. Democrats contend that the White House refused to comply with dozens of subpoenas for witnesses and documents.

And the president’s defense team also warned that if the Senate were to subpoena witnesses, it would spark a legal battle over executive privilege that would drag out the trial for months. Democrats claimed the Senate could depose witnesses quickly, as it did in the impeachment trial of President Bill Clinton in 1999. Still, Senate Majority Leader Mitch McConnell of Kentucky said before the trial started that he did not want a drawn-out affair, and he has stuck to that plan.

The witness fight has also hinged on executive privilege and separation of powers, two issues senators focused on during the question period Wednesday and Thursday. Opposing views quickly emerged between the president’s lawyers and the House managers.

House Democrats argued that, under the Constitution, presidents have the right to invoke executive privilege for legitimate reasons when trying to protect sensitive conversations with advisers. But they argued that courts have held presidents can’t use the protection to try and cover up wrongdoing.

What’s more, Trump and his lawyers never officially invoked executive privilege, the House prosecutors noted. Instead, they said, the White House claimed senior advisers like acting White House chief of staff Mick Mulvaney have “absolute immunity” from being called to testify by the House about conversations with the president. 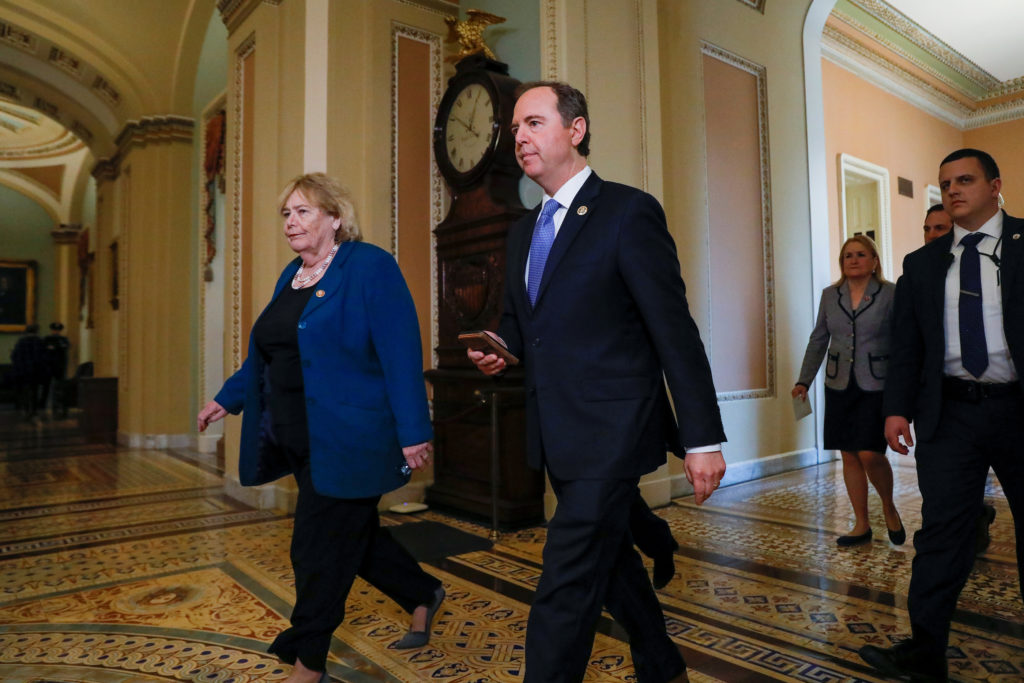 House impeachment managers Reps. Zoe Lofgren, D-Calif., and Adam Schiff, D-Calif., walk to the Senate chamber prior to the resumption of the Senate impeachment trial of President Donald Trump on Jan. 30, 2020. Photo by REUTERS/Brendan McDermid

It was a substantive legal debate that would normally be decided by judges in a court of law. But the Senate trial is not the same as a legal proceeding, and even though senators took an oath at the start of the trial to be impartial jurors, the trial remains a political fight. Whether or not Republicans agree with the White House’s argument, it appears to have been enough to help sway the witness debate in the GOP’s favor.

Murkowski and other senators on Thursday raised multiple questions about the concept of “mixed motives,” which ended up dominating much of the debate during the final hours of questioning. In one query, written by Murkowski and Democratic Sen. Brian Schatz of Hawaii, the lawmakers noted that decisions elected officials make are by definition political in nature.

The question struck at the heart of the debate over Trump’s motivations on Ukraine. Democrats argued it’s unacceptable for a president to act corruptly at all, and because Trump was driven by his own political interests, his pressure campaign against Ukraine clearly rises to an impeachable offense. Philbin countered that it’s impossible to get inside anyone’s head — including that of a president — and determine which percentage of their motives were good faith ones, and which were driven by corrupt intent.

Philbin also said it would set a dangerous precedent for future presidents if the Senate concluded that a president could be impeached based on the argument that some of his motives for making a policy decision were potentially inappropriate. If a president is acting legitimately “in the national interest, that’s the end of it,” Philbin said.

Democrats strongly disputed that Trump’s actions were based on policy objectives, given the dearth of documents and witnesses to support that claim. And they argued that it undermined U.S. national security because, as Rep. Val Demings, D-Fla., claimed, withholding the aid “for no legitimate reason” sent a message to Russia that the U.S.-Ukraine relationship was on shaky ground.

On that question, as well as on Trump’s motives, Republicans and Democrats remain in as much disagreement now as they did at the start of the trial.