These days, it’s hard to stop politics from flooding your news feed. We take a moment every week to bring you important stories beyond the White House and the Capitol. Here’s what we’re reading now. 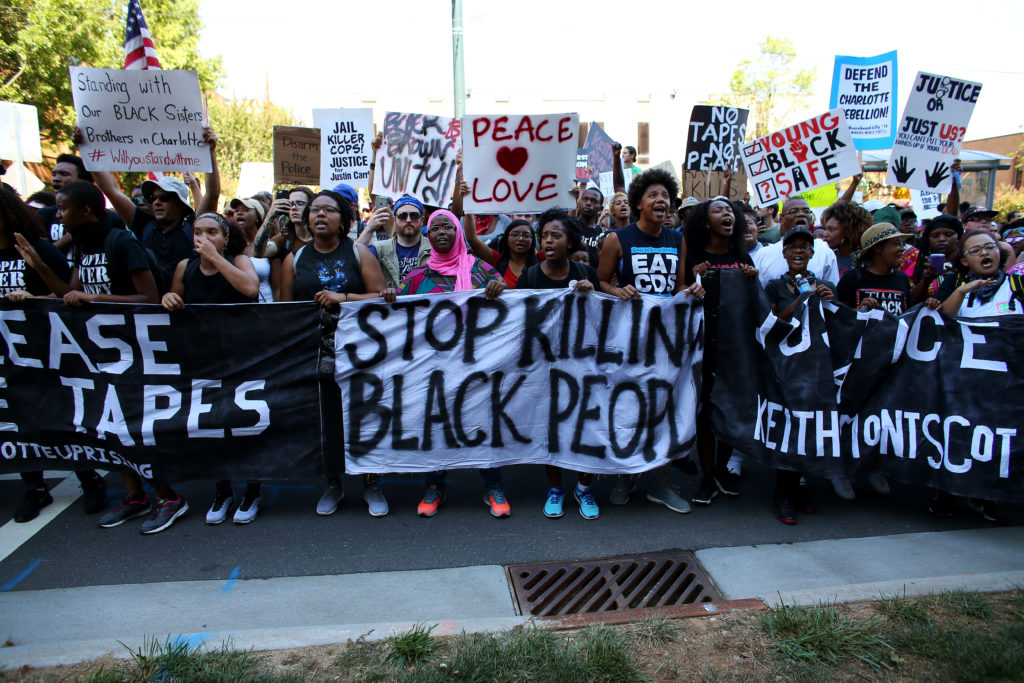 Demonstrators march through the streets as they continue their protests over the police shooting of Keith Scott in Charlotte, North Carolina, U.S., September 24, 2016. Photo by REUTERS/Mike Blake.

A Vice News investigation suggests that police shoot Americans “more than twice as often as previously known.” The investigation collected data from the 50 largest local police departments in the U.S. and revealed that police in those departments shot at least 3,631 people between 2010 and 2016 — more than 500 people per year, Vice pointed out. The data also showed that police shot black people more often, and unarmed people at a higher rate than previously reported. [Vice News]

Why it’s important: Police shootings nationwide aren’t formally tracked by the government. Vice, adding to police shooting databases launched by the Washington Post and The Guardian, attempted to count both fatal and nonfatal shootings in their latest investigative report. Vice’s investigation also found that the Justice Department’s recommended reform efforts, such as improved training for police departments and federal interventions like consent decrees, helped lower the number of officer-involved shootings. In fact, police departments that voluntary implemented the reforms saw a 32 percent decline in officer-involved shootings in the first year, while departments that were mandated to adopt the reforms through enforceable agreements with the DOJ saw a 25 percent decline, Vice reported, citing records from the DOJ and local police departments. In March, Attorney General Jeff Sessions suggested that local police departments are less effective when they’re subject to federal interventions, and indicated the DOJ would “pull back” from monitoring departments. In September, a DOJ review of policies ordered by Sessions said it would replace “wide-ranging investigative assessments” with “targeted assistance directly to local law enforcement based on their identified needs and requests.” But it’s unclear what this will actually mean for local departments. 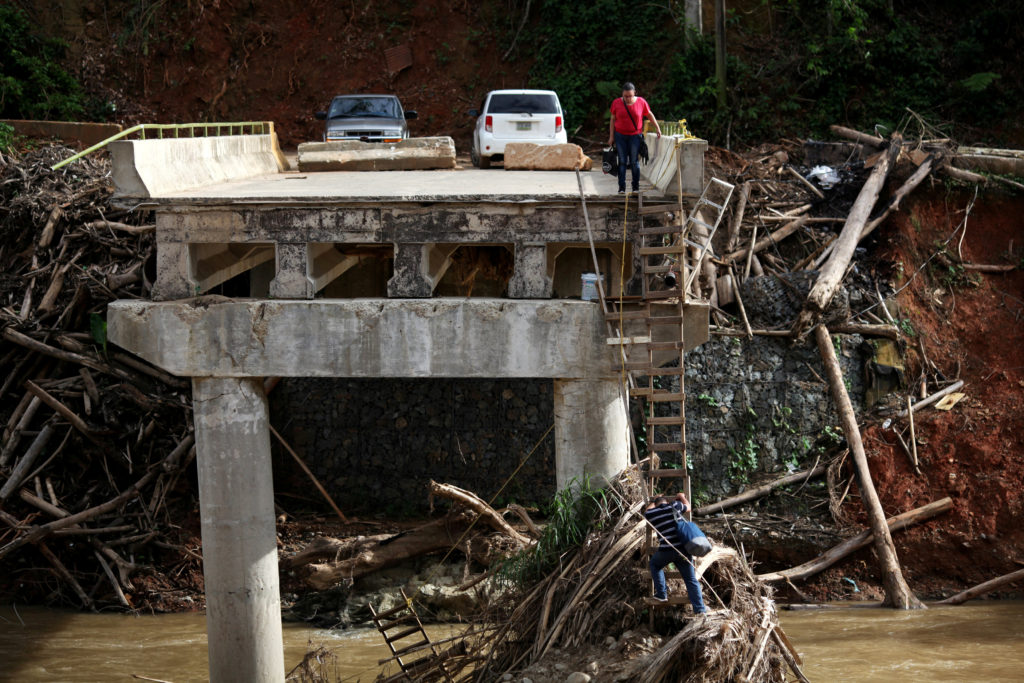 A woman looks as her husband climbs down a ladder at a partially destroyed bridge Nov. 9 in Utuado, Puerto Rico. Photo by REUTERS/Alvin Baez.

2. More people have died as a result of Hurricane Maria than we thought, a new analysis suggests

The federal government says 64 people people in Puerto Rico died as a result of Hurricane Maria. But a New York Times analysis last week suggested that the actual death count was much higher. A review of daily mortality data since the hurricane hit Sept. 20 indicates more people are dying daily today than in 2016 or 2015, according to the Times, which placed the true number of fatalities at 1,052. [The New York Times]

Why it’s important: It’s been nearly three months since Hurricane Maria hit Puerto Rico, wiping out power, tearing up roads and bridges and causing unprecedented damage to much of the island. Today, while most schools and businesses have reopened and postal service has been restored, more than 35 percent of the island is still without power, and 20 percent of cell sites are still down. Congressional leaders have said the White House’s request for an additional $44 billion in aid, which would cover all areas affected by hurricanes this fall, is not enough, and far short of the $94 billion Puerto Rico Gov. Ricardo Rossello said it will take for the island to truly recover. FEMA told PBS NewsHour that it has distributed $230 million in assistance to families and has dedicated more than $464 million to reimbursing local authorities who are repairing critical infrastructure. But another $4.9 billion in loans approved by Congress in October have not been delivered, Bloomberg reported Friday. That money was set to cover basic functions like bills and payroll. Without it, Puerto Rico’s government told Bloomberg, both the electric company and water utility will run out of funds this month. 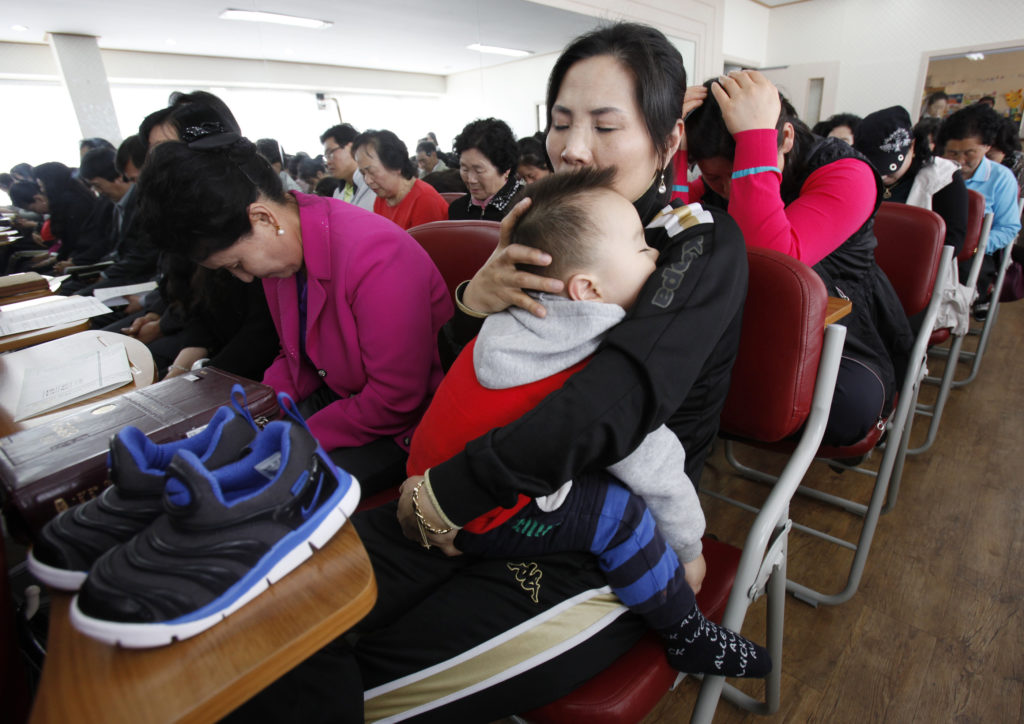 A North Korean defector (R) holds her son as she prays for human rights in North Korea during a service at Saetu Church in South Korea. REUTERS/Jo Yong-Hak.

3. Why are the overwhelming majority of North Korean defectors women?

Roughly 70 percent of the 31,000 North Korean defectors who have fled to South Korea since the end of the Korean War are women, USA Today reported this week. And that percentage grows even larger in recent years: This year, the number was 85 percent, according to data from South Korea’s Ministry of Unification. Why? The newspaper said it’s hard to pinpoint a specific reason. For one, women don’t have the same social standing as men in North Korea, which makes it easier to escape unnoticed. There’s a strong demand for North Korean women in the sex trafficking industry and as arranged brides in China, experts said. Both options could allow women to send money back to their families. But experts say these women are vulnerable to sexual harassment, bribes, coercion and assault. Rape and domestic violence are also commonly reported among defectors. These women are often deprived of education and work opportunities, too. [USA Today] 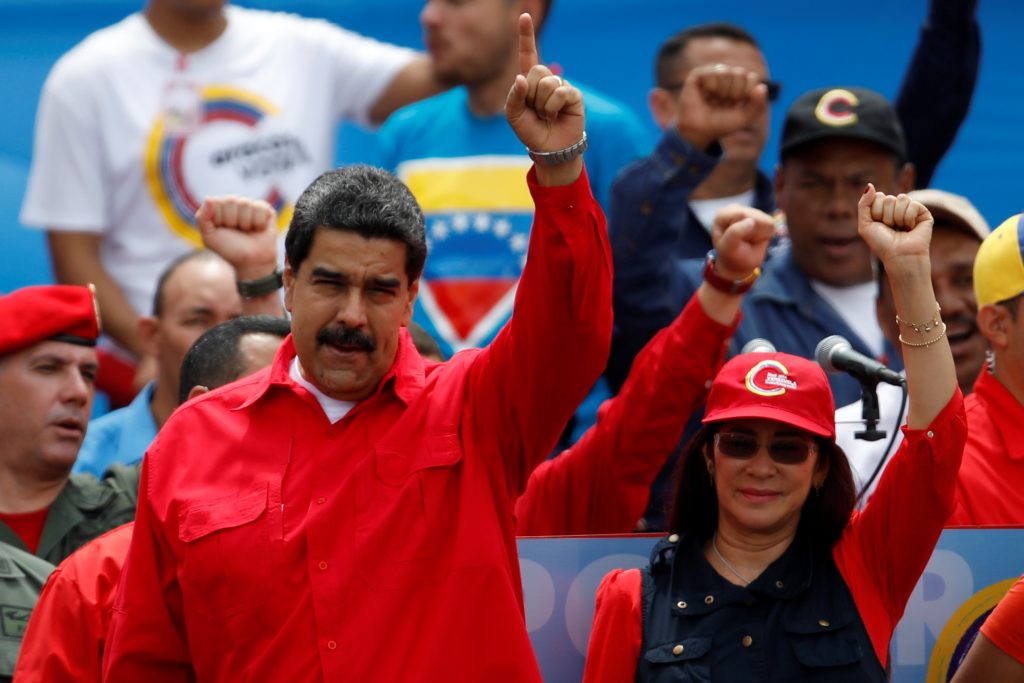 4. Venezuela’s president threatens to ban opposition from running in 2018

Venezuelan president Nicolas Maduro has announced the three opposition parties that boycotted Sunday’s mayoral elections will be banned from participating in next year’s presidential elections. Leaders of the opposition parties said they boycotted the races to protest what they called a rigged electoral system. They rejected Maduro’s threat, saying Monday they won’t be bullied out of participating in future elections. On Twitter this week, U.S. State Department spokeswoman Heather Nauert characterized Maduro’s threat to ban parties from elections as an “extreme measure to close the democratic space” in Venezuela and consolidate power. [Associated Press]

Why it’s important: President Maduro has been accused of undermining democracy in the oil-rich country. Earlier this year, Maduro pushed for the creation of a special assembly to rewrite the nation’s constitution, a move that worried critics who said Maduro could use the assembly to install an autocratic regime. In August, Maduro’s government also came under scrutiny after a voting technology firm suggested that the voter turnout numbers of the election for the assembly had been tampered with. Maduro is expected to seek another term as the country’s president despite his unpopularity. Sunday’s mayoral races marked Venezuela’s final nationwide elections before next year’s presidential race. 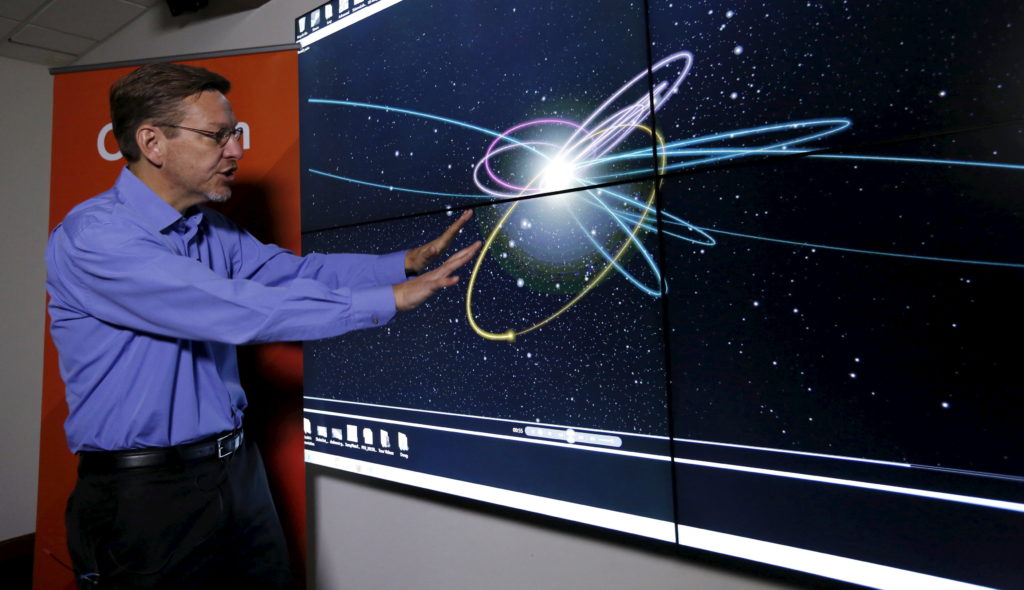 A year and a half ago, astronomer Mike Brown proposed that unusual orbits of objects in the Kuiper Belt were being caused by “Planet Nine,” a hypothetical planet with a mass 10 times that of Earth. The scientific community is still debating whether it’s real. Photo by REUTERS/Mario Anzuoni.

A year and a half ago, astronomer Mike Brown proposed that unusual orbits of objects in the Kuiper Belt were being caused by “Planet Nine,” a hypothetical planet with a mass 10 times that of Earth. The suggestion unleashed a major debate in the planetary science community, largely over whether Brown had the data to back up his discovery. But nobody has come up with an analysis that can completely debunk Brown’s claims since, which means scientists are “at an impasse,” The Atlantic said. [The Atlantic]

Why it’s important “There have been so many claims of planets in the last 170 years, and they were always wrong,” Brown told the Atlantic — which is part of what skeptics have grabbed onto in their own research projects aimed at disputing Brown’s research over the past two years. Some things to watch as the dispute plays out, the Atlantic notes: “A theory’s more powerful if it doesn’t just explain what’s already known, but also makes successful predictions about things that haven’t been seen yet.” “Another possibility remains,” Ramin Skibba wrote, “which is that the only solutions people find are the ones they have access to, like the proverbial story of the person who lost their keys at night and only looks for them under the streetlight.

Left: A man who lost his home during Hurricane Maria in September sits on a cot at a school turned shelter Nov. 20 in Canovanas, Puerto Rico. REUTERS/Alvin Baez.