5 important stories you may have overlooked

1. A black man was found not guilty of assaulting a white supremacist at last year’s Unite the Right rally 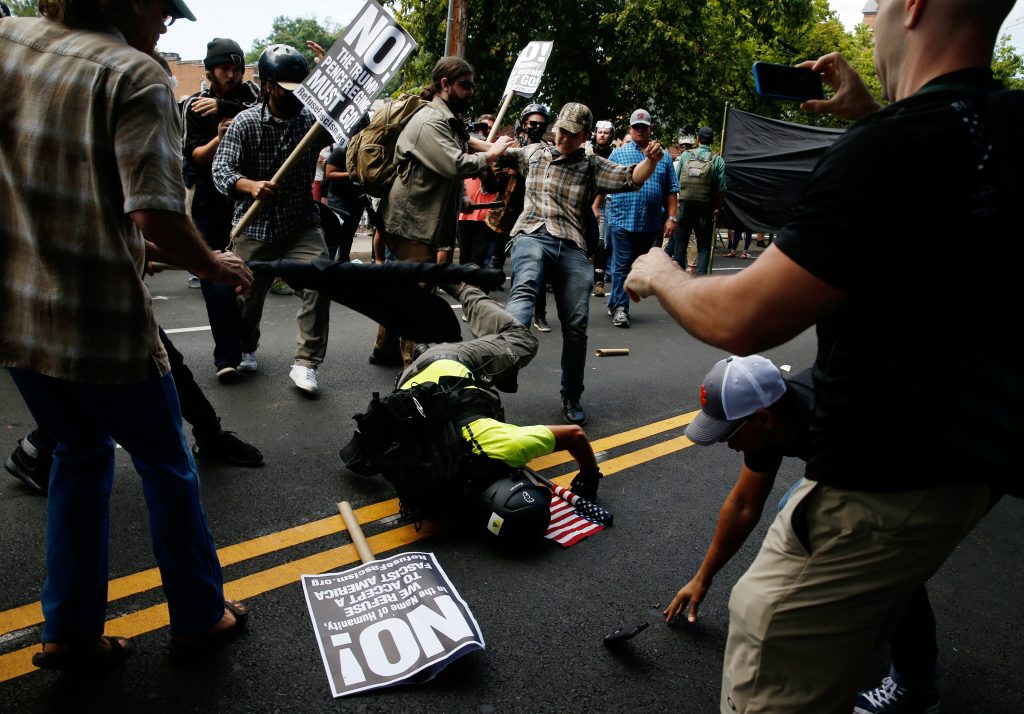 A man hits the pavement during a clash between members of white nationalist protesters against a group of counter-protesters in Charlottesville, Virginia. REUTERS/Joshua Roberts.

DeAndre Harris, 20, was acquitted on Friday after facing assault charges stemming from a fight in a Charlottesville, Virginia, parking garage during August’s “Unite the Right” rally. The fight involved a number of both white supremacists and counter-protesters. The fight involved a number of white supremacists and counter protesters. Harris was badly beaten in the attack; a viral photo shows him on the ground being beaten by several men above him. But after the rally, Harold Crews, a North Carolina lawyer and self-described white nationalist, filed a police report accusing Harris of beating him with a flashlight. Harris said he was trying to defend his friend, who, according to the Washington Post, was in an altercation with Crews.

“The behavior I’ve seen is appalling,” a judge said during Harris’ acquittal, as reported by the Post. “I can say this without question — that there was bad behavior all around.” [The Washington Post]

Why it matters: Harris’ trial is just the start of legal fights over last year’s “Unite the Right” rally. Charlottesville residents are suing the rally’s organizers, saying that their intent was to incite violence, which, the plaintiffs argue, is not entirely legally protected by the First Amendment. The plaintiff’s lead attorney told Vox that they have evidence that the organizers “urged participants to prepare for and commit violence in Charlottesville.” Twenty-year-old James Fields also faces first-degree murder charges for allegedly driving into a crowd at the rally, hitting and killing 32-year-old counter protester Heather Heyer.

2. Duterte pulls the Philippines out of the International Criminal Court 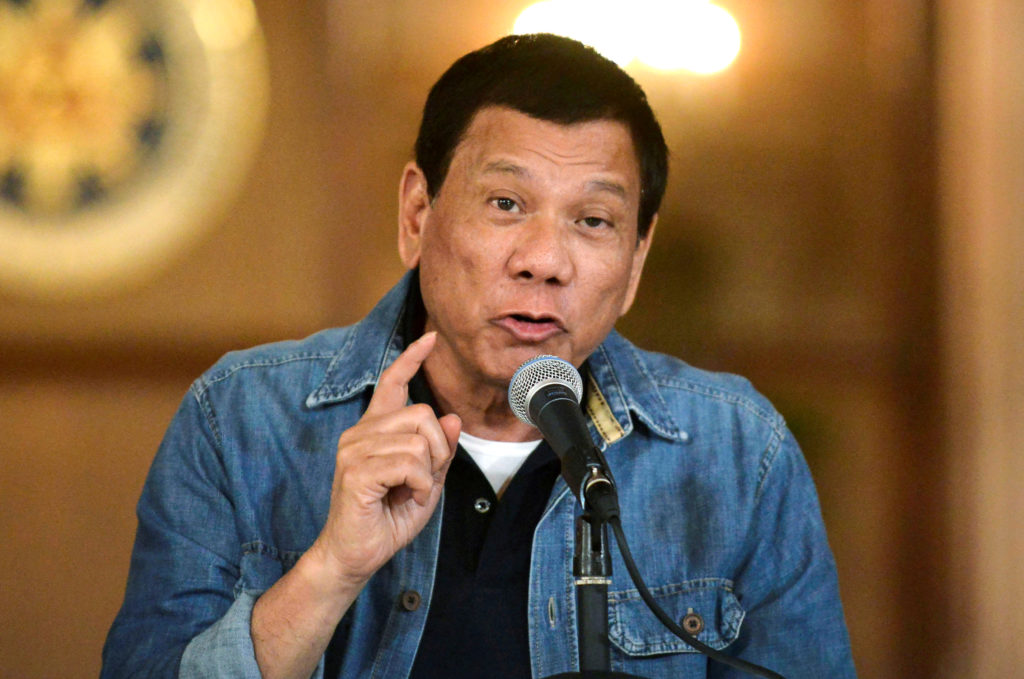 Philippine President Rodrigo Duterte said his country is pulling out of the International Criminal Court for what he called “baseless, unprecedented and outrageous attacks” against him and his government. His statement, reported by several Philippine news organizations, came more than a month after a prosecutor with the Hague-based court opened a “preliminary examination” into his war on drugs, a campaign the UN has said resulted in the deaths of thousands of Filipinos.

Duterte, whose country is a signatory to the court, argued that the ICC’s attempt to claim jurisdiction over him “is a brazen display of ignorance of the law.” The ICC, which has more than 120 member countries, steps in to investigate and prosecute those who commit abuses like genocide, crimes against humanity and war crimes when a nation is unwilling or unable to carry out an investigation and prosecution itself.

In a Sunday speech, Duterte urged other countries to leave the ICC, calling it a “rude” organization of “white idiots in the EU” trying to “atone” for their actions in the past, Business Insider reported.

“The acts allegedly committed by me are neither genocide nor war crimes. Neither is it a crime of aggression or a crime against humanity,” Duterte said in the statement. “The self-defense employed by the police officers when their lives became endangered by the violent resistance of the suspects is a justifying circumstance under our criminal law hence they do not incur criminal liability.” [Reuters]

Why it matters: The actual number of people killed as a result of Duterte’s war on drugs is unclear. The Philippines’ national police report that more than 4,000 suspects, most of whom are poor, have been killed, according to The Associated Press. Human Rights Watch puts the total at more than 12,000 drug suspects dead, and the group says many are extrajudicial killings — outside of the country’s legal framework.

The ICC said in a statement Tuesday that withdrawals from the court take effect one year after notice is given. And despite the Philippines’ departure, the court’s examination into Duterte’s war on drugs will continue, according to Reuters and the human rights group Amnesty International.

“Duterte cannot stop international accountability in the Philippines simply by deleting his signature from the Rome Statute,” Amnesty International said in a statement.

3. The trial for the wife of the Pulse Nightclub shooter has begun 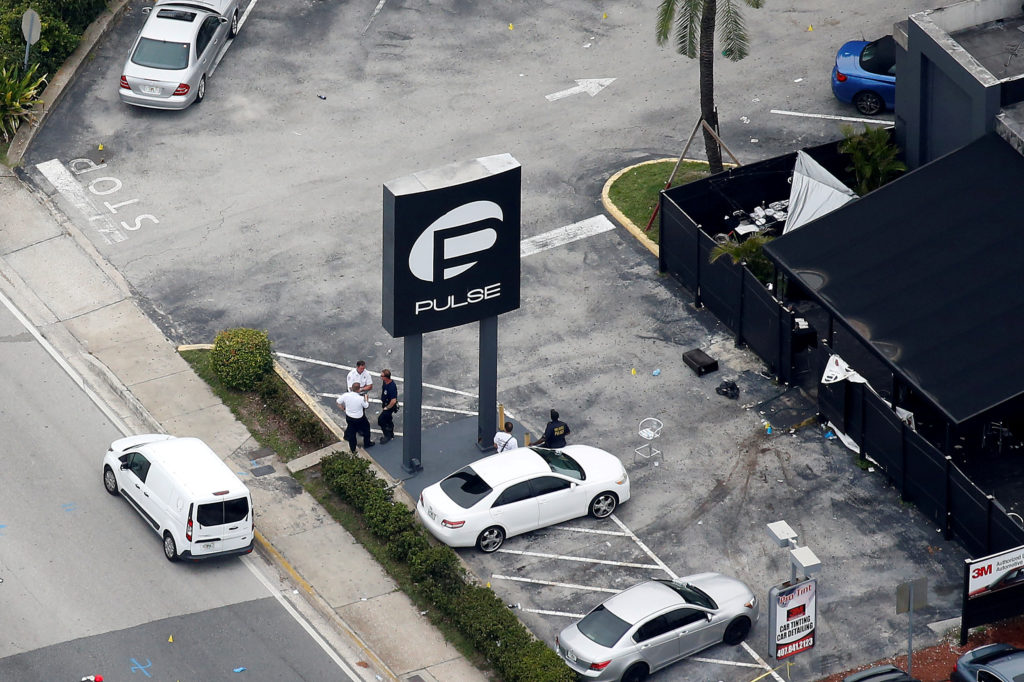 Investigators work the scene following a mass shooting at the Pulse gay nightclub in Orlando, Florida. Photo by Carlo Allegri/Reuters

In 2016, a gunman opened fire on the Pulse Nightclub in Orlando, killing 49 people and injuring dozens more. Last week, his wife, Noor Salman, appeared in federal court in Florida on terrorism charges that claim she helped her husband as he planned the attack. The PBS NewsHour’s Rhana Natour reports the government will likely point to Salman’s 12-page confession, in which she says in part: “I wish I would have done the right thing but my fear and reality was holding me back.” But the defense says that officials coerced the confession from Salman, who is described in part as a “severely abused woman who was in realistic fear for her life.” [PBS NewsHour]

Why it matters: Jeffrey Ringel, a lawyer with The Soufan Group, an intelligence firm, told the NewsHour that while the federal government has a high success rate prosecuting federal terrorism cases, few of the defendants have been women.

Ninety percent of those who have faced domestic terrorism charges in the U.S. are male.

“Juries are generally easy to win over in terrorism cases, but in this case, you have a woman who claims she was abused and feared for her and her child’s life,” Ringel said. “That could figure into the jury’s decision.”

4. About one in five women in Japanese prisons are elderly 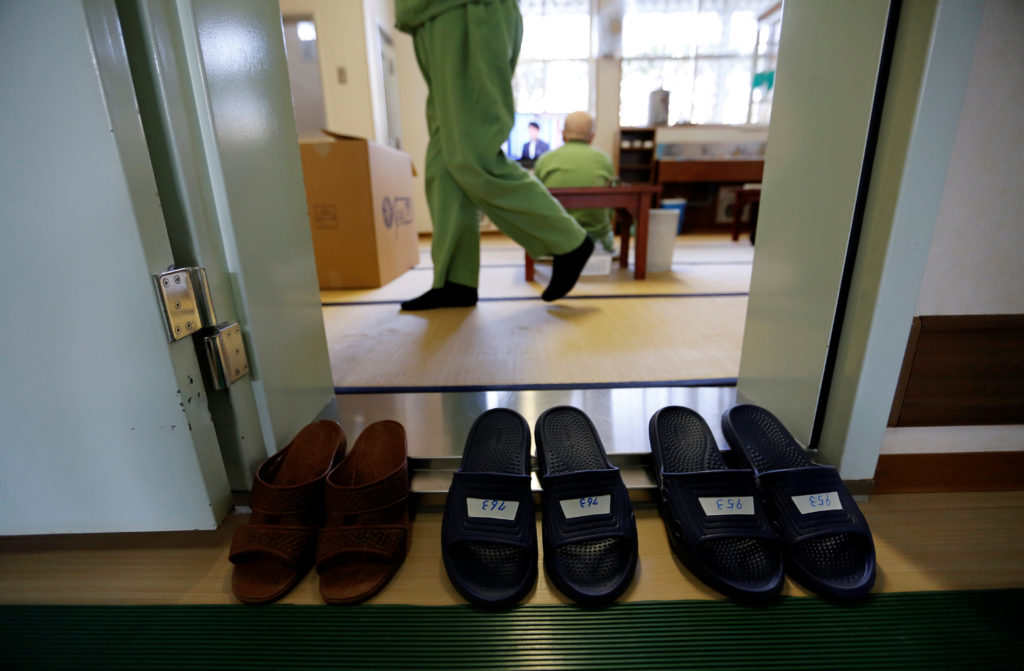 Elderly inmates are seen in a special building set aside for elderly unable to do regular prison factory work, at the Tokushima prison in Tokushima, Japan. REUTERS/Toru Hanai.

In Japan, the fastest-growing demographic of the national prison system is elderly women. About 20 percent of women incarcerated in Japan are 65 or older, Bloomberg reported; many of them committed petty crimes seeking jail as a way to escape poverty or the challenges of living alone. [Bloomberg]

Why it matters: More than a quarter of Japan’s population are over 65. And a growing percentage of its prison population is, too. Seniors make up nearly 20 percent of those in prison, Reuters reported last week — compared to “6 percent of that age bracket in the United States, and about 11 percent in South Korea.”

Today, nearly 6 million seniors in Japan live alone, Bloomberg said, citing a 2017 survey from the government. For many, Bloombergs said, jail offers a support system and access to care they can’t find anywhere else.

But that care comes at a cost, said Bloomberg, which along with the the Pulitzer Center on Crisis Reporting and the International Women’s Media Foundation profiled six women currently behind bars. Prison medical expenses rose to more than $50 million in 2015. But the bigger issue, Bloomberg said: “Neither the government nor the private sector has established an effective rehabilitation program for seniors,” which means they are often repeat offenders.

5. The FDA intends to dramatically reduce the amount of nicotine in cigarettes 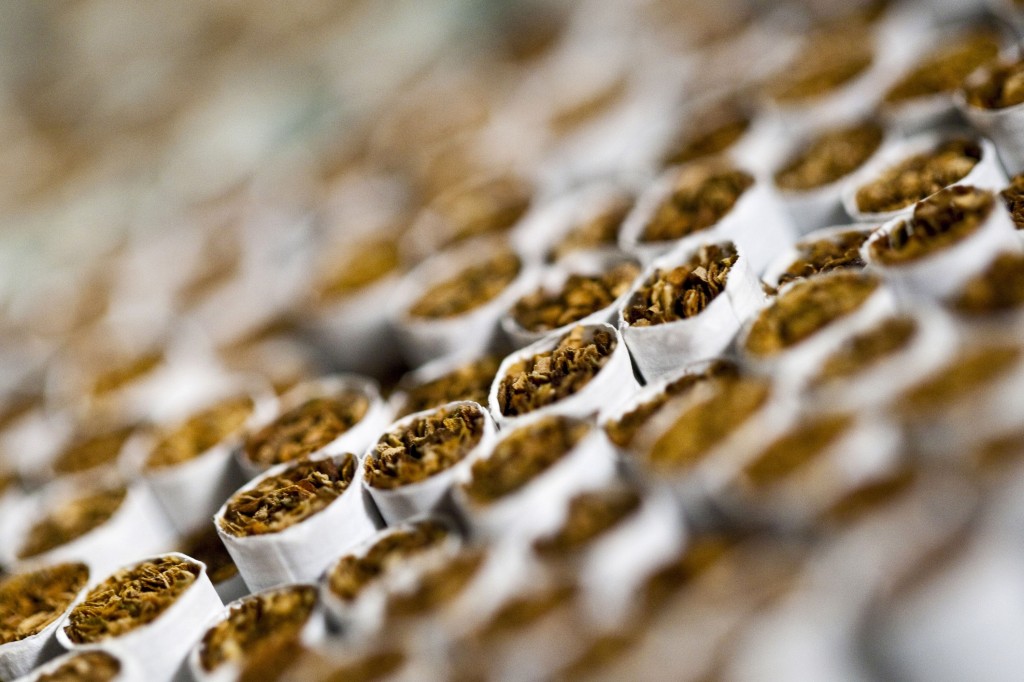 Last week, the Food and Drug Administration introduced a plan to limit the amount of the addictive nicotine legally allowed in cigarettes, NPR reported. The unprecedented move is intended to make it easier for smokers to quit, and harder for potential new smokers to develop addictions. Although there was no early indication of how much nicotine the FDA will cut, but research has suggested reducing to 0.3 to 0.5 milligrams per cigarette. Currently, domestic cigarettes contain between 1.1 to 1.7 milligrams.There are currently no regulations limiting the amount of nicotine.

The FDA has also said it would look more into flavored cigars and electronic cigarettes, which haven’t faced the same level of regulation as nicotine from the government.

more information about flavored cigars and electronic cigarettes, which currently have no flavor restrictions

Why it matters: Following the FDA’s announcement, agency administrator Scott Gottlieb said in a statement that tobacco use still “kills more than 480,000 Americans every single year,” despite significant measures to curb smoking.

Although nicotine itself is not deadly, the addictive substance hooks people onto cigarettes. Other anti-smoking measures such as banning indoor smoking, raising cigarette tax, and public health initiatives have drastically cut down the number of smokers, and prevented new smokers. According the the Centers for Disease Control and Prevention, 15.5 percent of Americans smoked cigarettes in 2016. This marked a decline from 20.9 percent in 2005. One study estimated that by implementing nicotine regulations, the FDA can cut smoking down to 1.4 percent of the population by 2060.

Left: Counter-protesters lock arms in the middle of a street as police try to disperse them, after members of the Ku Klux Klan rallied in 2017 support of Confederate monuments in Charlottesville, Virginia,. REUTERS/Jonathan Ernst.