5 takeaways from the Comey memos

James Comey’s memos paint a vivid portrait of his private conversations with President Donald Trump in the early months of his presidency. But the documents — which were published Thursday after the Justice Department sent a redacted and declassified version to Congress — do not shed much new light on why Trump fired Comey as the director of the FBI, nor on the bureau’s investigation into Russian meddling in the 2016 presidential election.

Still, the memos have sparked a fierce partisan debate. Since the documents were released Thursday, Republicans have argued that the memos show Comey was biased, while Democrats have claimed that they offer further proof of Trump’s efforts to obstruct the Russia probe. The Democratic Party filed a lawsuit Friday against the Trump campaign and the Russian government, alleging the two parties conspired to disrupt the 2016 elections. Here are some key takeaways:

Comey began his description of a one-on-one conversation with Trump during a January 2017 dinner at the White House as “chaotic, with topics touched, left, then returned to later.” Under normal circumstances, Comey wrote, he could recount the details and order of a conversation after it happened “with high confidence.” But “given the nature” of the dinner, Comey said, in an apparent allusion to the president’s freewheeling conversational style, “there is a distinct possibility that, while I have the substance right, the order was slightly different.”

It comes across as an honest aside, at first blush, one that Comey’s supporters will no doubt point to as proof that he did his best in the memos to be as accurate as possible. But it was also an important reminder that the memos are extemporaneous notes, not taped recordings, and could be subject to human error.

How that human error plays out in a federal investigation is one thing; it remains unclear what special counsel Robert Mueller thinks of the memos, or how his team might be using them in its investigation of possible ties between Russia and the Trump campaign. In the court of public opinion, however, the admission opened Comey to criticism from the right that he might have gotten something wrong, and called into question his position as a reliable, unbiased participant in the events that led up to his firing.

Republicans have seized on this line of attack in their efforts to discredit Comey more broadly as a flawed character witness in the Russia-Trump saga. In a statement Thursday after the memos were first published by the Associated Press, GOP Reps. Bob Goodlatte, Trey Gowdy and Devin Nunes questioned why Comey took notes on his conversations with Trump, but not onf his discussions with former President Barack Obama or other top Obama administration officials.

The memos “make certain what has become increasingly clear of late: former Director Comey has at least two different standards in his interactions with others,” the lawmakers said.

If Comey thought Trump was obstructing, or trying to obstruct, justice at any point in their talks, he didn’t mention it at the time.

It’s a charge that has dogged Comey ever since news broke last summer that he had taken notes on his conversations with Trump in the months before the president fired him as FBI director last May. When he was asked about this at his Senate Intelligence Committee hearing in June, one month after his firing, Comey answered that he didn’t trust Trump to be truthful, a concern he never had in his interactions with Obama, who tapped Comey to lead the FBI in 2013.

But Comey doesn’t address this reasoning directly in the memos themselves. The closest he comes is a line in a memo on his Jan. 6 meeting with Trump at Trump Tower in New York, when he noted that “my purpose was to capture the substance of what was said.” That may be, but it fails to explain in writing why Comey took one approach with Trump, and another with the previous administration.

Missing: the words “obstruction of justice”

If Comey thought Trump was obstructing, or trying to obstruct, justice at any point in their talks, he didn’t mention it at the time. Of course, doing so in writing — even in a highly classified memo to other top FBI officials — would have placed Comey on record as saying that he thought Trump was guilty of a potentially impeachable offense. So it comes as no surprise that Comey, a career law enforcement agent, chose his words very carefully, and in writing his memos avoided using a loaded legal term that might come back to haunt him.

In the memos, Comey implies clearly that he believed Trump acted inappropriately at several points in their talks by bringing up topics that should have been communicated through official channels between the White House and Justice Department. Yet Comey never says this explicitly in the memos. Was he trying to record his interactions as objectively as possible, or setting the stage to publicly criticize Trump at some point down the line? In his new book, “A Higher Loyalty,” and the subsequent media tour that has followed its release this week, Comey has repeatedly said that he acted in good faith all along (while criticizing the president at every turn). That may be, but his motivations will continue to be questioned for years to come; the publication of the memos did nothing to stop that debate.

Comey didn’t include the words “obstruction of justice” in the memos. But on arguably the most important point — whether Trump asked him to stop an FBI investigation into then-national security advisor Michael Flynn — Comey left little doubt where he stands. His version of events isn’t new; Comey spoke at length at his Senate hearing about the president’s request to help Flynn, and addressed the issue in his memoir as well. 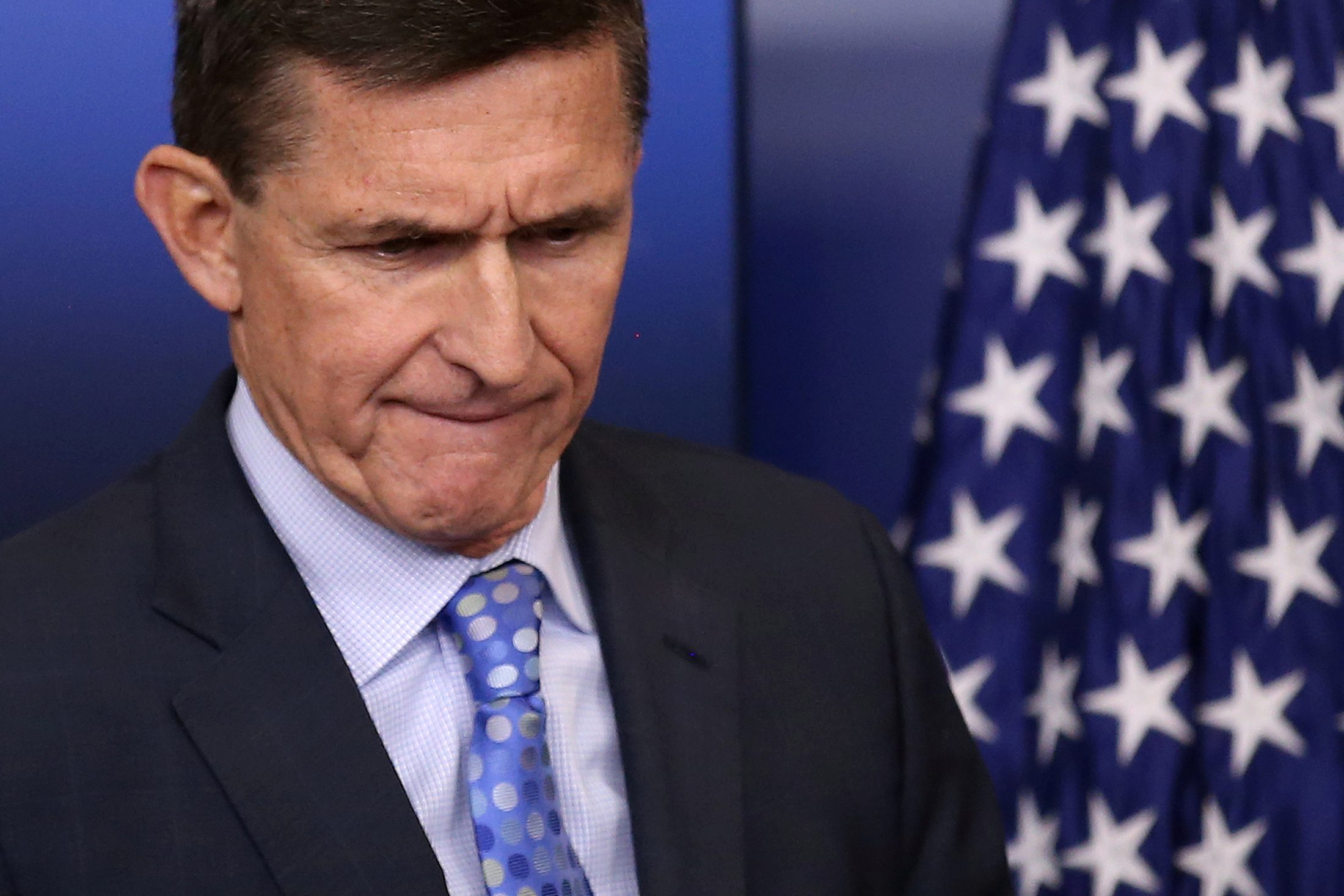 Former national security adviser Michael Flynn, pictured arriving to deliver a statement during the daily briefing at the White House in February of 2017, shortly before he was fired. File Photo by Carlos Barria/Reuters

Trump’s position hasn’t changed either. The president has continued insisting that he never asked Comey to drop the probe into Flynn, who was fired in February after he mislead Vice President Mike Pence and other top Trump officials about his contacts with the Russian ambassador, according to the White House. The publication of the memos only reinforces what has become a he-said-he-said political food fight. The memos likely won’t change the minds of lawmakers and voters who have already decided whose side they’re on.

In his memo on their White House dinner, Comey disclosed that Trump was unhappy with Flynn’s early performance as national security adviser. The president took issue with Flynn’s decision to wait several days to return a call from a foreign leader congratulating Trump on his inauguration. (That leader’s name was redacted in the documents obtained by the Associated Press). “The guy has serious judgement issues,” Trump said of Flynn, according to Comey’s memo.

If Trump really felt that way, it begs the obvious question: Why did he appoint Flynn as national security advisor, even after warnings from the Obama administration not to do so? The remark, if true, speaks to Trump’s whipsaw management style — though he had serious concerns about a senior aide, he was nevertheless was willing to defend him and even supposedly intercede on his behalf in ways that might have stretched legal norms.

According to the memos, Trump insisted several times that Flynn was “a good guy,” and at one point Comey agreed. Neither came off looking better for it.