5 things to watch during the first 2020 Democratic debates

The first Democratic primary debates are finally here. After months of campaigning, early polls, and policy proposals, the party’s presidential candidates will have their first opportunity to face off in person in Miami this week.

Standing out on the debate stage won’t be easy — there are 24 Democratic candidates, 20 of which qualified for the debates. To make it to the debates, candidates needed to meet the threshold for polling or grassroots donations laid out by the Democratic National Committee.

The DNC divided the primary field in two, and picked the candidates for each night at random. The plan was devised to avoid the Republican Party’s 2016 presidential primary debate format, which featured a “main stage” with the leading candidates and a separate “undercard” debate with the long shot contenders.

READ MORE: The risks of having a star moment at the 2020 Democratic debates

Despite choosing the candidates at random, the debate night lineup will largely be representative of the candidate’s ranking in early polls. The first debate only includes one of the top five Democrats in polling, Sen. Elizabeth Warren of Massachusetts, who will face several candidates struggling to gain traction with voters. The second night will feature the rest of the early leaders, including the current frontrunner, former Vice President Joe Biden.

President Donald Trump will loom large over both debates. The president is reportedly considering live tweeting the debates, and his policies will be front and center as the Democrats make their case for having the best shot to beat Trump in 2020. 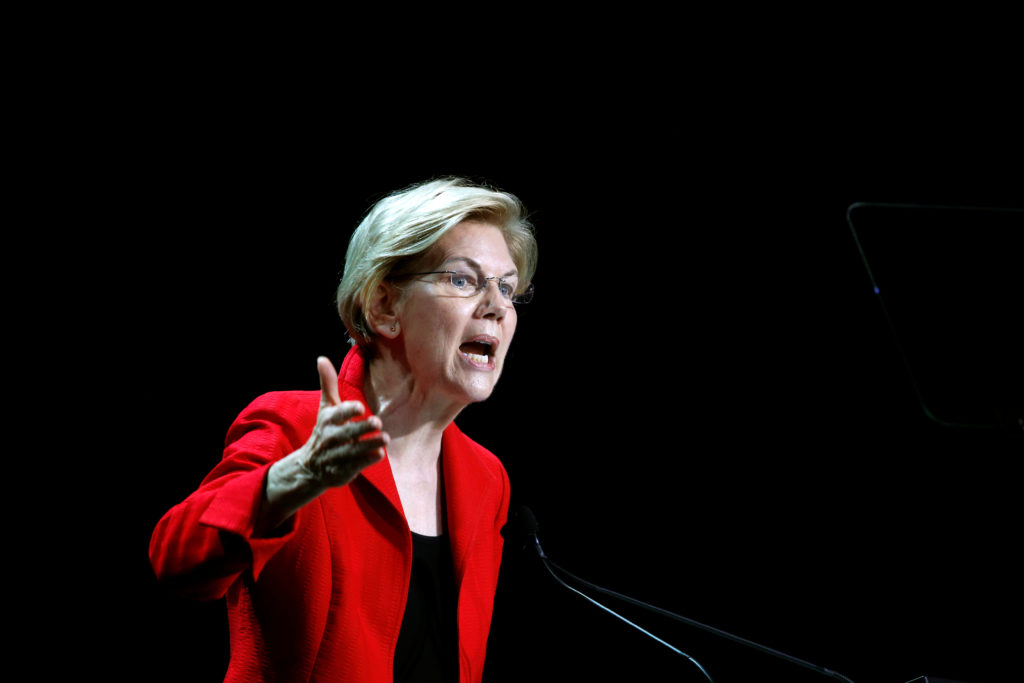 After struggling to gain traction early on,Warren’s policy-driven campaign has caught on with voters in recent weeks and vaulted her to third place in early polls behind Biden and Senator Bernie Sanders of Vermont. Warren’s surge in popularity and status as the only top-tier Democrat in the first debate means she’ll command the most attention Wednesday night.

Warren will need to dominate Wednesday’s debate to solidify her position as a potential frontrunner. Her closest competition on Wednesday night is former Texas congressman Beto O’Rourke and Sen. Cory Booker of New Jersey, who enter the race ranked sixth and seventh in the polls, respectively. O’Rourke got off to a fast start after he recorded a massive first-day fundraising haul, but his campaign has lost momentum since then. Booker has failed so far to break through in a primary field that includes several other liberal Democratic senators, in addition to Warren and Sanders.

On the debate stage, Warren will have an opportunity to present her ideas on health care, economic reform, and election security, among other issues. Her focus on policy has been an asset so far, but if she goes into too much detail, it could turn off voters tuning in for a general sense of how her message compares to other Democrats in the field. As the first debate’s de facto frontrunner, Warren could also face the most attacks from her rivals, including over her decision in the past to identify herself as having Native American heritage, a claim for which she has apologized.

Is there room for the top tier to expand? 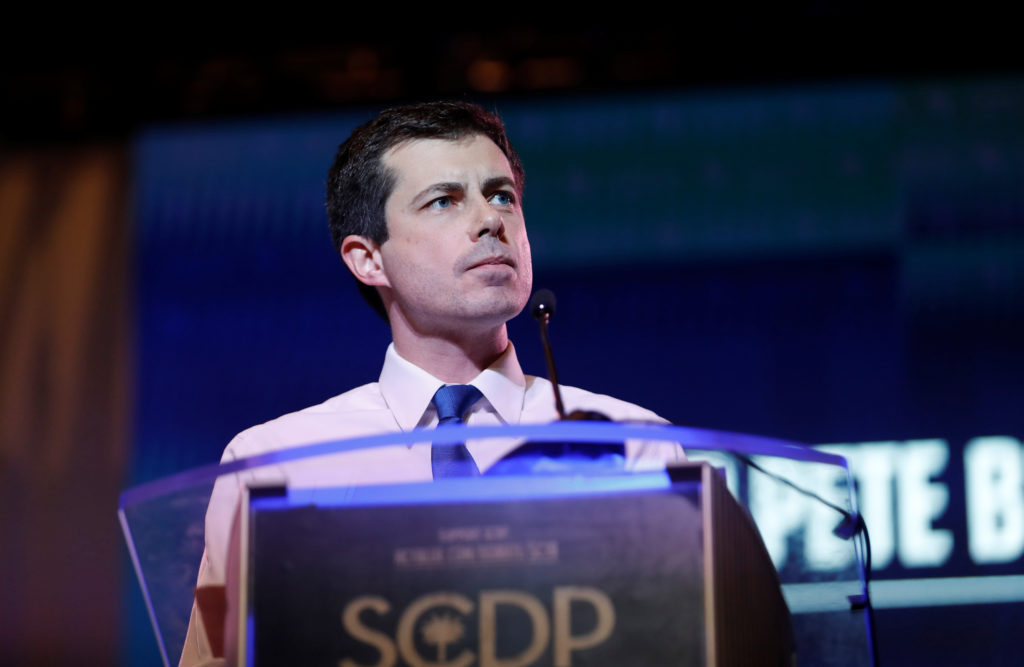 Sen. Kamala Harris of California, who is currently fourth in the polls, was also expected to rise to the top of the field. But the candidate now at No. 5, Pete Buttigieg, was seen as a long shot when he started his White House run. The mayor of South Bend, Indiana, has surprised the political establishment with his fast ascent and staying power in a field full of candidates who came in with much larger national profiles.

Buttigieg now faces his biggest test: demonstrating he belongs in the top tier alongside Biden and the other leading Democrats. At Thursday’s debate it will be interesting to see if Buttigieg’s youth and inexperience in national politics comes across as an asset or a liability to voters seeking a candidate who is a proven commodity and can beat Trump next year.

But Buttigieg’s popularity raises a broader question. Is there room for anyone else to break through into the top tier? Several candidates — including Booker, O’Rourke, and Sen. Kirsten Gillibrand of New York — entered the race hoping to jump into the top tier, only to watch as Buttigieg and frontrunners like Biden and Sanders gobbled up media attention and grassroots support. The debates this week will give second-tier candidates a shot to move up. It’s still very early in the primary season, and it may be that there’s room for one or two more Democrats to join the top tier. But it’s also crowded at the top of the polls and could prove difficult to upend the current hierarchy.

How will Joe Biden handle the frontrunner hotseat? 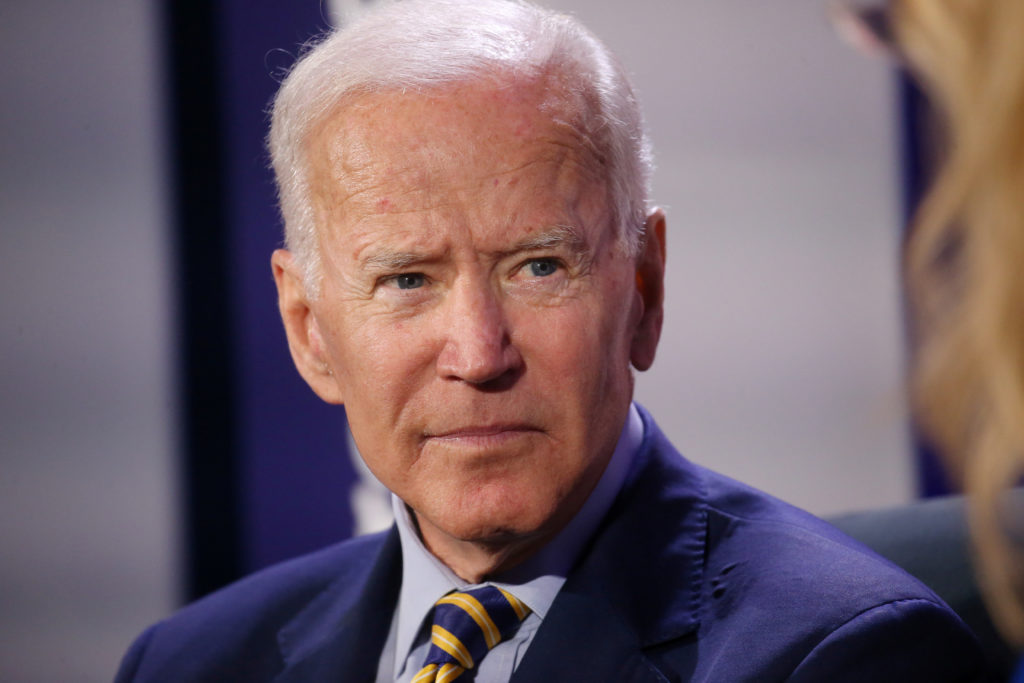 The former vice president led in polls even before he officially entered the race. Since then, he’s been the undisputed front runner, with a sizable lead over the rest of the field. But Biden, who stumbled as a candidate in his first two runs for president, has already gotten into trouble early on in the 2020 race, raising questions about his ability to win the nomination.

Biden will likely face criticism from his rivals at the Thursday debate for his longtime support for a controversial abortion measure in Congress– a position he recently reversed after coming under fire from party activists. Biden could also come under attack for his comments last week touting his work with segregationist senators. Biden’s response in those debate moments will be critical. On the campaign trail, he has focused on going after Trump and largely avoided discussing his Democratic opponents. He won’t have that luxury in Miami.

Biden’s position at the center of the debate stage will also carry symbolism beyond his current position as the leader in polls. The 2020 Democratic field is the most diverse in history, with a number of minority and female candidates. Most of them are decades younger than Biden, who at 76 is the second oldest candidate in the race, trailing only the 77-year-old Sanders. The juxtaposition could hurt Biden if he comes across as out of touch with the modern-day Democratic Party.

In surveys, Democrats have consistently said that beating Trump in 2020 is a top priority. That view has pushed the idea of “electability” to the forefront. Biden has made the electability argument a central part of his message. His main rivals have also focused on Trump. But Sanders and Warren, in particular, have devoted much more time than Biden to promoting progressive policy proposals, betting that primary voters will ultimately vote on liberal values.

The conflict between electability and ideological purity will be a main storyline in both debates.

The conflict between electability and ideological purity will be a main storyline in both debates, especially on the second night, when Biden will face Sanders, Harris and other progressive Democrats. Both approaches are a gamble. By positioning himself as a centrist, Biden risks alienating the progressive voters he’ll need to win the nomination. Candidates like Sanders, meanwhile, may have a tough time winning over moderate primary voters who don’t think a progressive candidate can win the general election.

The debates will also likely force Democrats to take firm positions on litmus test issues like health care, immigration and climate change. In recent years, the party has shifted left on virtually every important issue. The debates will highlight that shift, and whether or not the Democratic Party still has room for more moderate candidates.

Trump’s affect on the debates 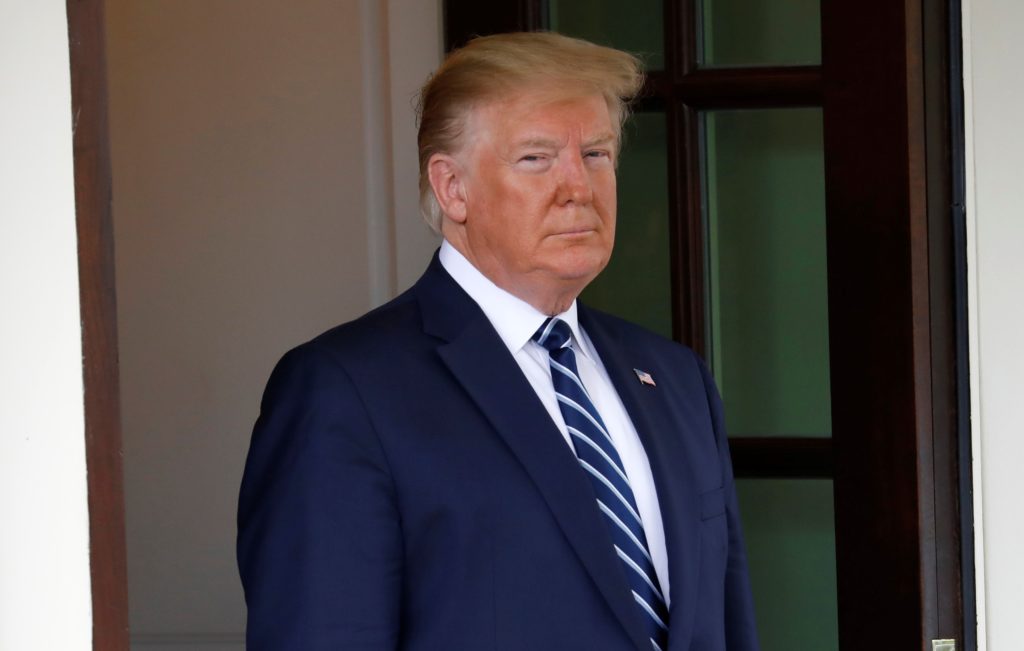 President Donald Trump at the White House in on June 20, 2019. Photo by REUTERS/Yuri Gripas

As both a candidate and as president, Trump has shown a preternatural ability to make the main story about himself. The focus in Miami will be on the 2020 Democrats. Though Trump will not be on the debate stage, he will surely be a major presence on both debate nights. If he does live tweet the debates, his commentary and attacks on Democrats could even make their way into questions from moderators or responses from the candidates.

No matter what he does, Trump will be part of the conversation. Democrats did not have a Trump-like figure in 2016, and they still don’t have an equivalent now — a candidate who breaks political norms and can continually dominate news coverage. The more the debates center around Trump, the better it could be for the president.

Ahead of 1st Democratic debate, Paul Ryan on why the 2020 election is Trump’s to lose