The risks of standing out at the 2020 Democratic debates

The first Democratic primary debates this week in Miami will give candidates national exposure on primetime television, and the chance to have the kind of breakout moment that’s tweetable, soundbite-ready or GIF-friendly, in hopes of scoring a boost in the polls.

But political watchers said candidates focused on engineering a signature moment would do well to follow another debate rule: avoid a major mistake that can draw headlines for all the wrong reasons.

“As we look at the memorable moments in debates, almost all of them are cases where people fell to pieces, rather than cases where people said something really memorable and inspiring,” said David Birdsell, an expert in presidential debates and the dean of the Baruch College Marxe School of Public and International Affairs.

For 20 of the 24 Democrats running for president who qualified for the first two debates, recent presidential debate history is filled with examples of successful strategies.

In 2015, Donald Trump had just begun polling at the top of the 17-person Republican primary field when the first GOP debate of the cycle came around. Several experienced candidates trained their attacks on Trump, eager to take the businessman and first-time candidate down.

But the attacks fell flat, in large part because Trump stayed on message as a politically incorrect outsider running to shake up Washington — including in a contentious back-and-forth with moderator Megyn Kelly. After the debate, Trump never fell from the top of the polls, en route to winning the nomination. 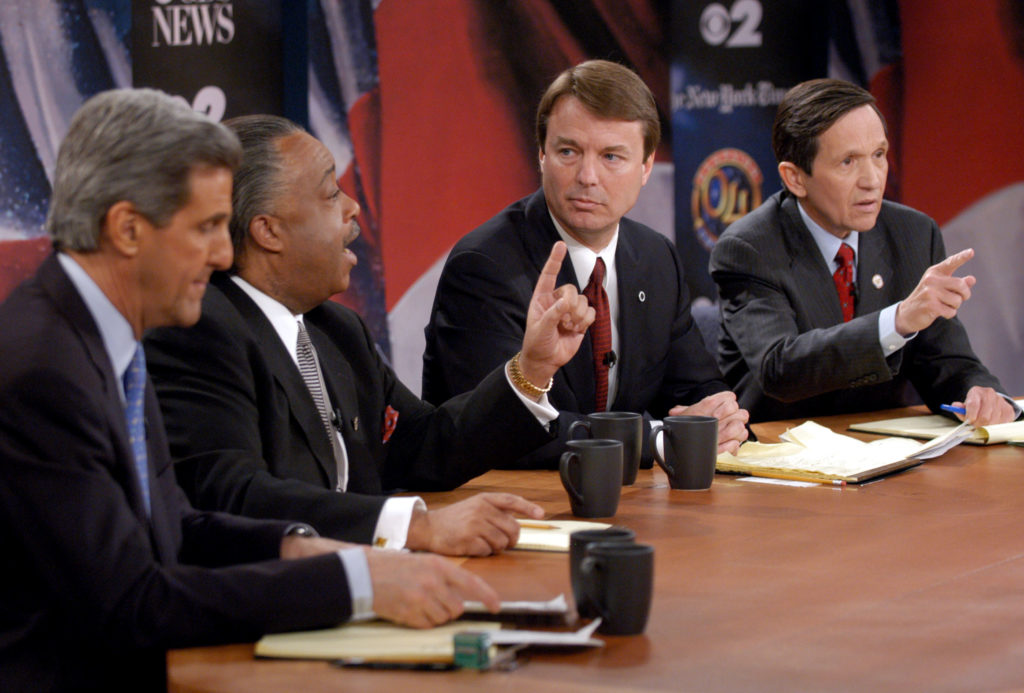 Democratic presidential candidates try to get a point in at a primary debate in New York on Feb. 29, 2004. Scoring a breakout moment in debates is critical, but so is avoiding a big mistake. File photo by REUTERS/John Filo/Pool

Catchy one-liners can also help candidates stand out. In a 2007 Democratic primary debate, then-Sen. Joe Biden issued a famous takedown of former New York mayor and 2008 Republican presidential candidate Rudy Giuliani, who made his response to the 9/11 terror attacks a central part of his campaign. “There’s only three things he mentions in a sentence: a noun and a verb and 9/11,” Biden said of Giuliani.

But costly primary debate blunders are often just as memorable, if not more so.

One example: 2012’s Republican presidential nominee Mitt Romney’s “binders full of women” gaffe during the second presidential debate with President Barack Obama. Romney used the phrase to tout his efforts to advance women’s equality when he was the governor of Massachusetts. But the remark helped reinforce the perception that he was an out-of-touch multimillionaire businessman.

Another unforgettable mistake came at a 2011 primary debate, when then-Texas Gov. Rick Perry couldn’t remember the name of the third government agency he would get rid of if elected president. It was the Department of Energy, which he now runs.

Candidates should also shy away from using humor unless they’re positive the joke will land, said Matt Mackowiak, a Republican strategist. “That’s always a risky area, unless you’re really really sure it’s funny,” he said. Whether it’s a bad joke or a poorly timed attack on a rival, he added, “the thing to avoid is a big mistake that comes to define your image and candidacy.”

The key moments — good and bad — from this week in Miami will play on for days after the broadcast goes off air, and a successful showing may help candidates build the momentum they’ll need to qualify for future debates. They’ll need to report more grassroots donors and reach at last 2 percent in DNC-approved polls.

“The best teams [supporting candidates] are going to be the ones that prepare for the debate and take it seriously, of course, and think about it not just as one moment in time but as the start of the next two weeks of their messaging,” said Ben Coffey-Clark, a partner at digital strategy group Bully Pulpit Media. 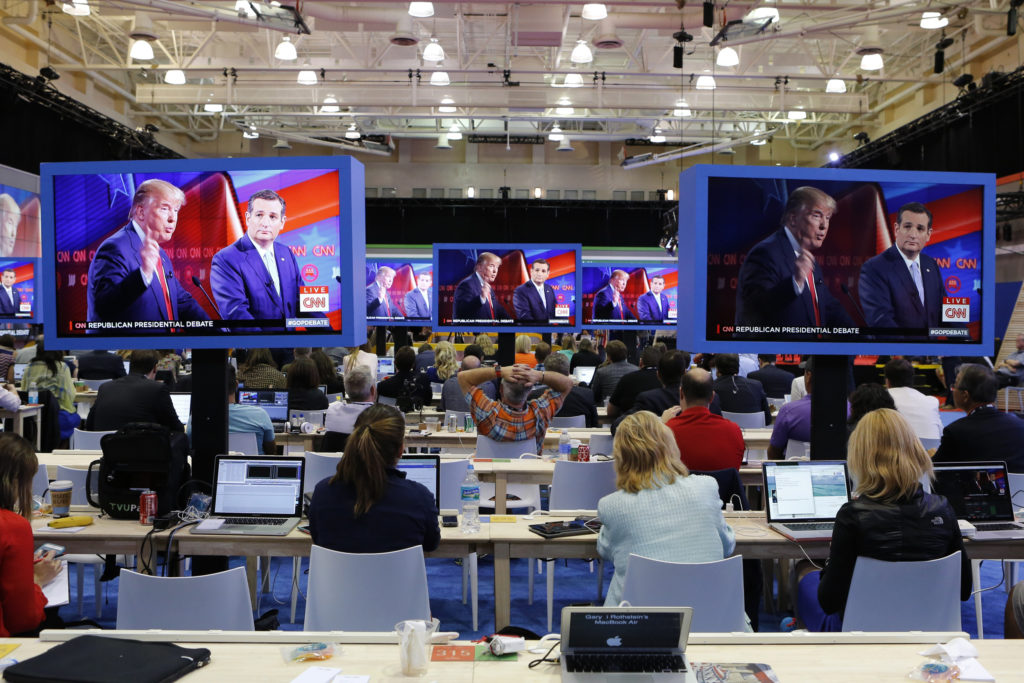 “If they capture [a moment] and share them on their own social media channels, that’s a huge opportunity for them to reach new supporters in a way that they couldn’t do on TV alone,” Coffey-Clark added.

Candidates are also performing for the media at primary debates, Birdsell noted, hoping for positive coverage that pushes their preferred narratives or renews interest in their campaigns.

And yet for all the hoping for a breakout debate moment, the way voters respond is out of the candidates’ control.

“What we remember is highly situational and idiosyncratic,” Birdsell said.

“Moments still matter, especially when they’re shareable — things that make you feel good or badly,” Coffey-Clark said. “It’s not CSPAN-2 that’s going to have a great night. It’s going to be Twitter and Facebook that have great weeks.”

Left: The stage waits empty on ahead of the first U.S. 2020 presidential election Democratic candidates debate in Miami, on June 26, 2019. Photo by REUTERS/Jim Bourg