SALEM, Ore. — Normally quiet streets around U.S. state capitol buildings have looked more like battlegrounds recently, putting those who live and work there on edge.

More than most people, these Americans will have front-row seats on whether the change of leadership Wednesday in the White House will lead to a lessening of tension that has been afflicting the nation. They’ll be watching what the next chapter brings from storefronts and the porches and stoops of their own homes.

Their sense of foreboding was lightened, just a little, by Wednesday’s inauguration. As President Joe Biden was sworn into office, demonstrations at state capitols were scant, with only a few protesters showing up, and some cities, none at all.

Some expect Biden’s focus on unity — a word he used eight times in his inaugural address — will have an effect, but they say how the people react will be key.

Jonathan Jones’ front-row seat to what happens next is his restaurant that is decorated with Black Lives Matter signs and art near the Oregon State Capitol. Epilogue Kitchen and Cocktails has been vandalized by a white supremacist. One day, police showed up as Jones, who is Black, and his friends were being accosted by neo-fascist Proud Boys. The police at first confronted Jones’ group as if they were the threat.

“There’s not a person who stood with me that day who didn’t think that they might die,” Jones said. “And the most awful part was not knowing if it was going to come from the police or from the Proud Boys.”

Jones watched Biden’s inauguration on TV, and in the afterglow called it “a beautiful moment.”

“It was fantastic to see the president of the United States denounce and repudiate white supremacy multiple times and to acknowledge that we’re long overdue as a country to actually achieve some form of racial justice,” Jones said. “My hope is that things are dealt with quickly, but my expectation is that it will take quite some time to to see any actual change.” 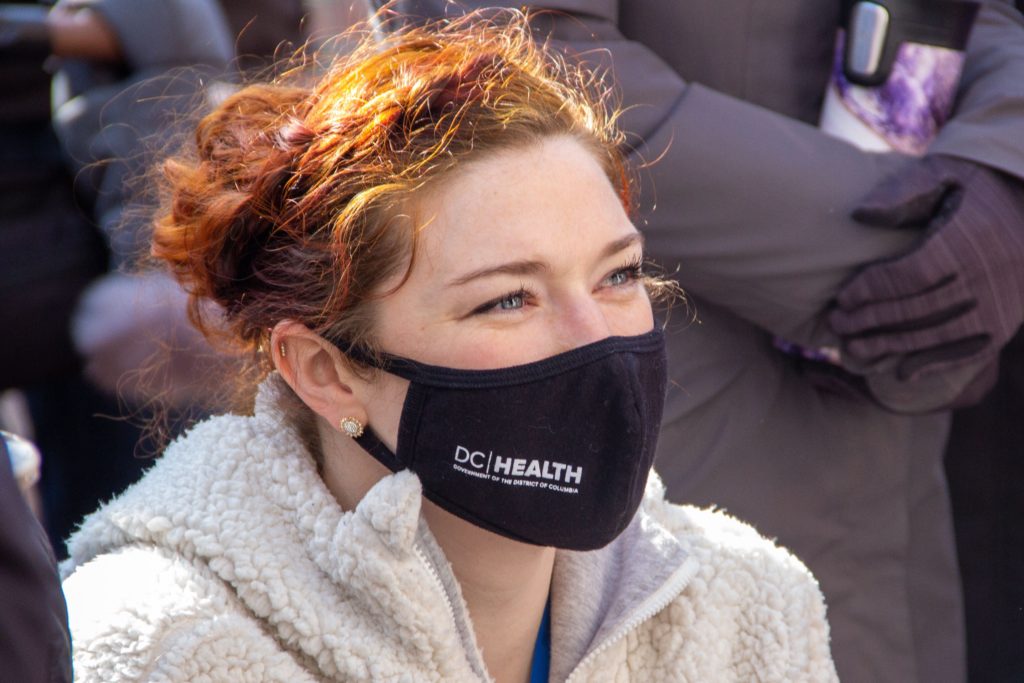 Brian Henderson, minister of First Baptist Church of Denver that sits across an avenue from the shuttered Colorado Capitol, was so close to the upheavals of 2020 that he was struck in the left knee with a pepper ball. Henderson had been handing out water from the front steps of his small brick church as thousands battled police during riots over George Floyd’s killing.

Many neighboring businesses and state government buildings have boarded up their windows and doors in anticipation of possible violence but the church has not, to avoid giving the wrong message.

“We can’t let fear stop us from doing what we have to do,” Henderson said.

Henderson watched the inaugural with church staff and then stepped outside to reflect and bask in the historic moment.

“There was this strong breeze. The sun was warm. The sky was blue. The air felt fresh. It’s a new day. We have a new president,” Henderson said.

In Washington state, a neighborhood next to the Capitol in Olympia boasts mid-century and 100-year-old homes. On normal days, the tranquil scene is one that Normal Rockwell could have depicted in idyllic portraits of American life, residents say.

“There’s no retreat, because it’s your house, it’s where you live. It’s been a little jolting, and exhausting,” said the woman, who is so afraid for the safety of herself and her family that she spoke to a reporter only on condition she not be identified.

She said she is optimistic that Biden and Vice President Kamala Harris will be able to accomplish many things.

“But I’m not sure that will change the real divisions we’ve all seen,” she said. ”People are behaving so differently, openly, that I don’t know — moving forward as a country — if we’ll be able to find each other again.” 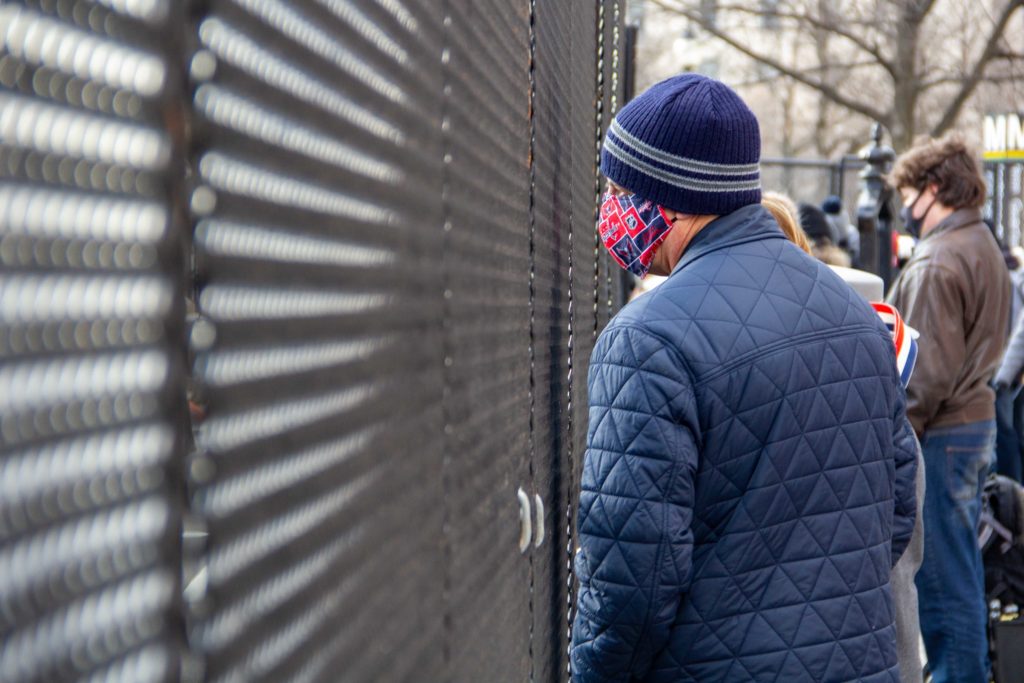 An onlooker stands at Pennsylvania Avenue in Washington, D.C.’s Penn Quarter on Jan. 20 hoping to get a glimpse of President Joe Biden’s motorcade. Photo by Frank Carlson/PBS NewsHour

Near the gold-domed statehouse in Boston, Catya Kurban said Wednesday she’s looking forward to more stability under Biden but worries about backlash and violence from supporters of former President Donald Trump.

“I’m also trying to be realistic about changes,” she said. “I know they won’t happen overnight.”

Isaac Smith, a 21-year-old Harvard University junior walking across the street, said he voted for Biden and was excited for what’s to come.

“No matter which way you look at it, it’s historic. Things are going to change,” he said. “The previous administration harmed American Democracy, and I think I’m with a lot of my fellow Americans in that I hope this administration can start to repair some of the relationships with our allies and the damage he’s done in terms of climate change and immigration.”

In Washington, D.C., a restaurant named We, the Pizza is located just one block from barricades surrounding the U.S. Capitol, where Biden was sworn in. The pizzeria has been feeding thousands of National Guard troops and other security and first responders, using donations from around the nation.

Manager Rob Earley said a girl around 6 years old brought in a check for $1,000 on Tuesday — money she had raised to feed the soldiers.

“I had tears in my eyes,” Earley said. “It’s good to see people that young that are wanting to be so involved in what’s going on and wanting to be part of making change.”

He believes Biden’s new tone “will help ease tensions and make things a little bit better. It will help mellow things out a little bit.”

Back in Oregon, Jones has been buoyed by people coming out in support of his restaurant, as customers and guardians. On Sunday, Robert Fox, a glass-blowing artist, sat in his sedan parked in front of the restaurant, keeping watch before Jones and his wife, Maura Ryan, showed up to prepare meals, available only for takeout during coronavirus shutdowns.

“I’m just making sure nothing happens,” Fox said as a dozen gun-toting, far-right protesters stood outside the Capitol, three blocks away.

“I think that in spite of how loud the far right is, I think the bulk of the country is not that,” Jones said. “And I think that the more that we can embolden people to show that solidarity and be willing to stand up and stand next to everybody and present that unified front, then I think the quicker we’ll get to the end of this.”