Democrat Joe Biden has carried Minnesota, turning back a strong push by President Donald Trump and holding on to a state narrowly won by Democrat Hillary Clinton four years ago.

Biden was awarded the state’s 10 electoral votes on Tuesday.

Biden made up for his campaign getting a late start in Minnesota compared with Trump, who held several campaign rallies in the state this election cycle. The former vice president took advantage of anti-Trump sentiment and organizing efforts by the state’s Democrats, who stressed COVID-19 and health care issues. 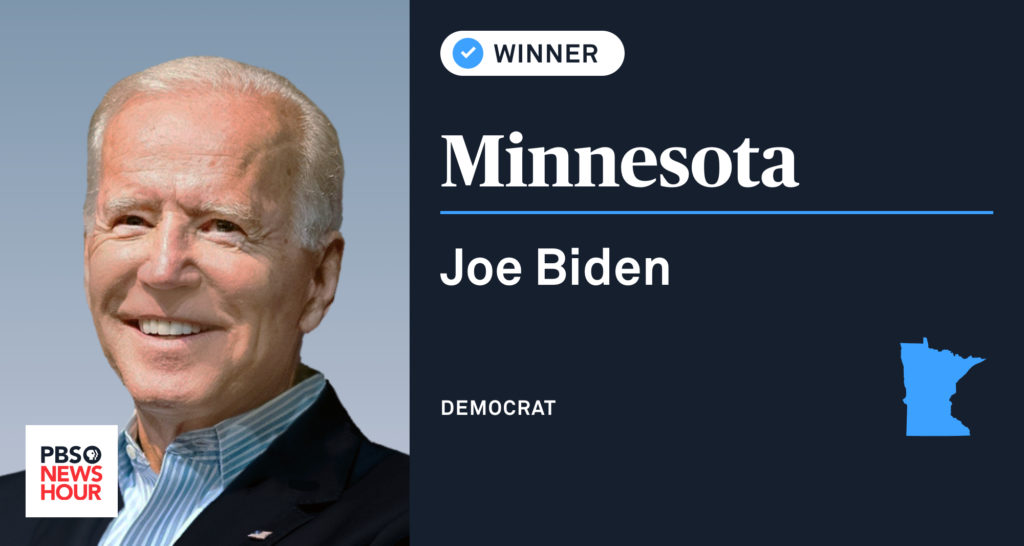 Trump came within 1.5 percentage points of carrying Minnesota in 2016 and made winning the state this time a personal priority. Republicans invested time and money in building a field organization to boost GOP turnout, focusing on conservative rural Minnesota and suburban areas that were once mostly Republican but have become swing territory.

The last Republican presidential candidate to capture the state was Richard Nixon in 1972.