Scientists at the University of California Berkeley have discovered something awesome: monster black holes — 10 billion times the mass of the sun — that suck in everything around them. Even light 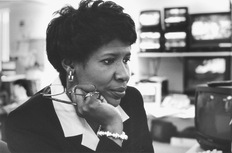 To say this reminded me of the current state of our nation’s politics would be an understatement.

This has been a week full of puzzling assertions. All them black holes. In a new campaign ad, Texas Governor Rick Perry accused the president of waging a “war on religion.”

When pressed by CNN’s Wolf Blitzer on the nature of a religious war being waged by a professed Christian, who had days before flipped the lights on the National Christmas tree, Perry dissembled a bit — saying he meant people in Obama’s administration — not necessarily the president himself. It sounded like he was referring to courts that ban religious displays from public property, but it was hard to be certain.

Late last month, it was Mitt Romney’s turn. In an ad designed to cast Obama as a failed leader on the economy, he included a 2008 clip in which candidate Obama says “if we keep talking about the economy, we’re going to lose.” (Cue ominous echo.)

Tough stuff. But there’s a problem. Although it was Obama speaking, the words weren’t his. It was Obama quoting John McCain, then his opponent. When confronted with the out-of-context clip, Romney advisers were unapologetic, and the video still lives on the campaign website (with more than 291,000 hits so far).

The distortions arrive every day. On Wednesday, Newt Gingrich pledged to appoint John Bolton, the former U.S. Ambassador to the United Nations who has said the international organization should be dismantled, as Secretary of State in a Gingrich administration. No word on how he would get such a lightning rod selection confirmed in a Senate still controlled by Democrats.

Do not believe for a moment that Republicans are alone in this. Just this week, the president delivered an aggressive domestic policy speech in which he declared — among other things — that “some billionaires have a tax rate as low as one percent.” He called this the “height of unfairness.”

Once again, a problem. The Washington Post, puzzled by the one percent number, did a little digging. They discovered that the president’s statement relied on a Bloomberg Television report that relied on a Bloomberg News story. Trouble is, the original news story never used the one percent statistic. The Washington Post fact check concluded: “An administration official conceded the White House had no actual data to back up the President’s assertion.”

I could go on for some time quoting twisted facts and logic.

No, Harry Reid, 8 million jobs were not lost during George W. Bush’s term. And, no, Nancy Pelosi, Obama did not increase the debt by 16 percent, compared to Bush’s 115-percent. It was more like 5.6 percent for Bush in eight years and 22 percent for Obama over 23 months.

Occasionally, the combatants fight to a draw. When Mitt Romney told the Republican Jewish Coalition gathering in Washington that the president engaged in appeasement and accommodation with foreign enemies that “betrays a lack of faith in America,” Mr. Obama used his White House bully pulpit to fire back 24 hours later.

“Ask Osama bin Laden and the 22 out of the 30 top al-Qaeda leaders who have been taken off the field whether I engage in appeasement,” he said sternly in response to a reporter’s question. “Or whomever’s left out there, ask them.”

Tit-for-tat has its place in politics, but way too often, facts get sucked into its black holes.

On the PBS NewsHour this week, I asked Chung-Pei Ma, one of the Berkeley scientists who discovered the latest massive black holes, what they are. 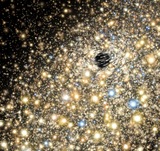 “Black holes are these regions of space where the gravity is just enormous,” she replied. “And so, by that definition, they are dark.” She added that the only way to know the holes are there is to measure the speed with which nearby stars are moving. “The faster the stars are moving,” she said, “that indicates they’re feeling stronger gravity, and, therefore, the more massive the black hole would be.”

Massive. Fast-moving. Egregious political distortions can clearly create their own black holes. If the political fact checkers and voters who pay attention to the facts can be the speeding stars that illuminate them, who knows? There may be some hope for our political discourse yet.