WASHINGTON — Democratic and Republican lawmakers said Sunday that a GOP-produced congressional memo on FBI surveillance powers did not clear President Donald Trump in the Russia investigation, and they expressed hope that special counsel Robert Mueller’s work would continue without interference.

The top Democrat on the Republican-led House Intelligence Committee that released the memo called it “a political hit job” and questioned whether GOP Rep. Devin Nunes, the committee chairman, had coordinated with the White House in drafting it.

“The goal here is to undermine the FBI, discredit the FBI, discredit the Mueller investigation, do the president’s bidding,” said Rep. Adam Schiff, D-Calif. Schiff said he raised motions to have the committee question the FBI first and review the full supporting material before releasing the memo but was “voted down” by Nunes and other GOP committee members.

“I think it’s very possible his staff worked with the White House,” he said.

The memo, released Friday, alleges misconduct on the part of the FBI and the Justice Department in obtaining a warrant under the Foreign Intelligence Surveillance Act to monitor former Trump campaign foreign policy adviser Carter Page and his ties to Russia. Specifically, it takes aim at the FBI’s use of information from former British spy Christopher Steele, who compiled a dossier containing allegations of ties between Trump, his associates and Russia. 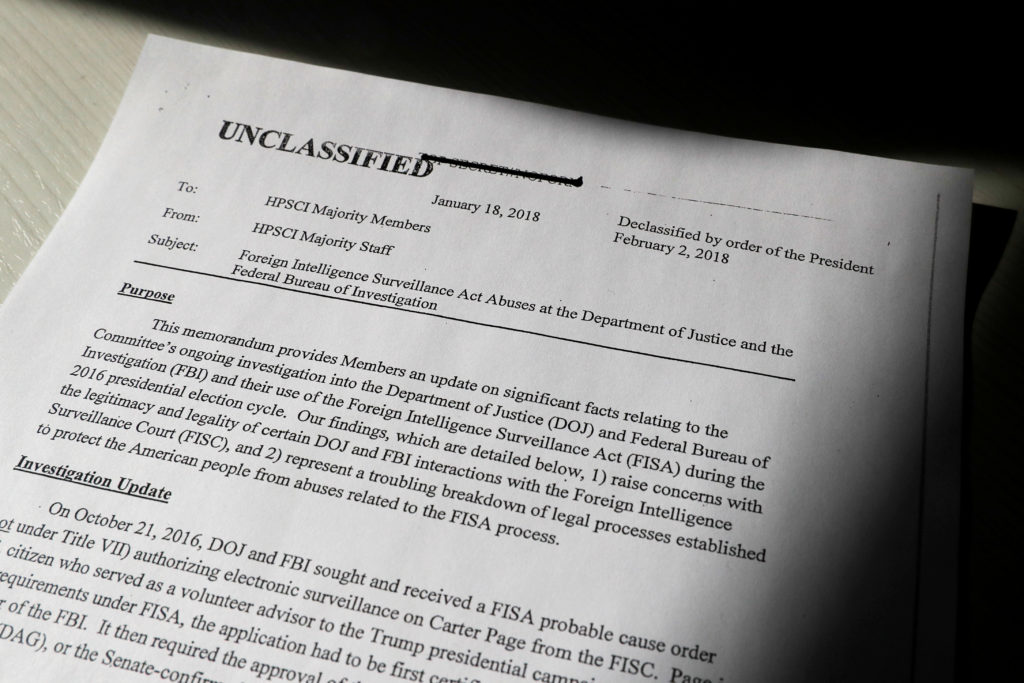 A copy of the formerly top secret classified memo written by House Intelligence Committee Republican staff and declassified for release by U.S. President Donald Trump is seen shortly after it was released by the committee in Washington, February 2, 2018. Photo By Jim Bourg/Reuters

“I think it would be a mistake for anyone to suggest that the special counsel shouldn’t complete his work. I support his work. I want him to finish it. I hope he finishes it as quickly as possible. This memo has frankly nothing at all to do with the special counsel,” said Stewart, a member of the House Intelligence Committee.

READ NEXT: We annotated the full Nunes memo on the Russia probe

Denying a political motive, Republican committee members defended the release of the GOP memo as appropriate. Saying it did not vindicate Trump, as the president asserted Saturday, they signaled the possible release of Democrats’ dissenting memo in the coming weeks and said the GOP memo would have no impact on Mueller’s ongoing probe.

Rep. Will Hurd, R-Texas, said he had opposed the release of Democrats’ memo last week on national security grounds but fully expected a fresh vote on the matter after Democrats make revisions.

“The information wasn’t ready to go, and so we decided to release ours,” he said. “People can criticize that – that decision, but I think providing oversight and shining a light on these issues is important.”

Trump tweeted Saturday that the memo puts him in the clear.

“This memo totally vindicates ‘Trump’ in probe,” he said. “But the Russian Witch Hunt goes on and on. Their (sic) was no Collusion and there was no Obstruction (the word now used because, after one year of looking endlessly and finding NOTHING, collusion is dead). This is an American disgrace!” 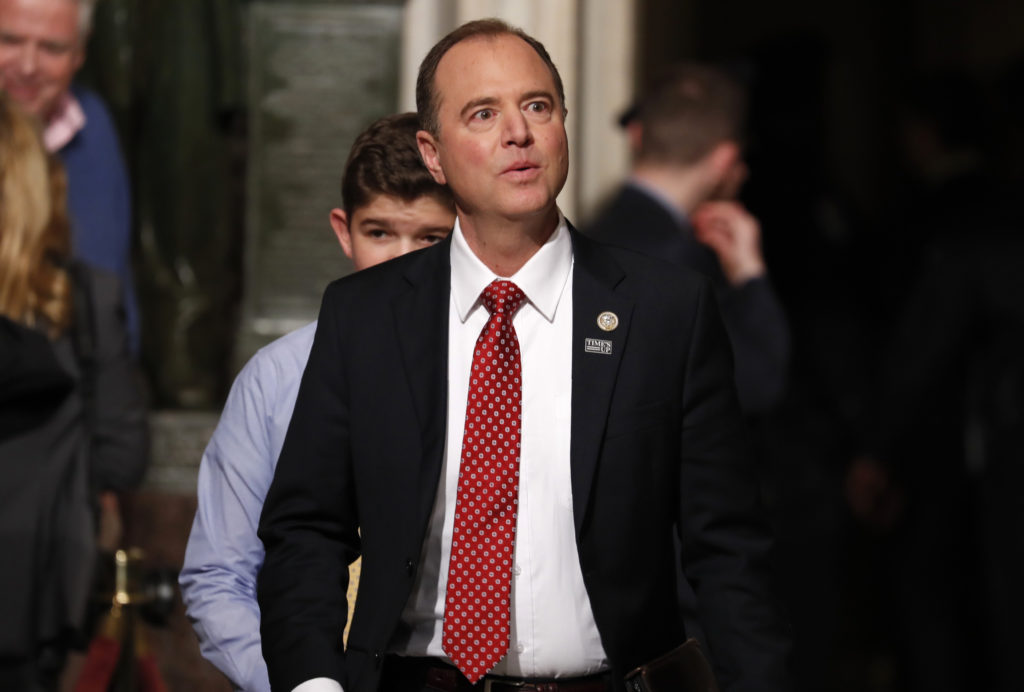 Rep. Adam Schiff, the ranking Democratic member on the House Intelligence Committee, arrives to watch U.S. President Donald Trump deliver his State of the Union address to a joint session of the U.S. Congress on Capitol Hill in Washington, U.S. January 30, 2018. Photo By Joshua Roberts/Reuters

The underlying materials that served as the basis for the warrant application were not made public in the memo. Even as Democrats described it as inaccurate, some Republicans quickly cited the memo — released over the objections of the FBI and Justice Department — in their arguments that Mueller’s investigation is politically tainted.

The memo’s central allegation is that agents and prosecutors, in applying in October 2016 to monitor Page’s communications, failed to tell a judge that the opposition research that provided grounds for the FBI’s suspicion received funding from Hillary Clinton’s presidential campaign and the Democratic National Committee. Page had stopped advising the campaign sometime around the end of that summer.

Steele’s research, according to the memo, “formed an essential part” of the warrant application. But it’s unclear how much or what information Steele collected made it into the application, or how much has been corroborated. Steele was working for Fusion GPS, a firm initially hired by the conservative Washington Free Beacon to do opposition research on Trump. Steele didn’t begin work on the project until after Democratic groups took over the funding.

Republicans say a judge should have known that “political actors” were involved in allegations that led the Justice Department to believe Page might be an agent of a foreign power — an accusation he has consistently and strenuously denied.

The memo confirms the FBI’s counterintelligence investigation into the Trump campaign began in July 2016, months before the surveillance warrant was sought, and was “triggered” by information concerning campaign aide George Papadopoulos. He pleaded guilty last year to lying to the FBI.

The confirmation about Papadopoulos is “the most important fact disclosed in this otherwise shoddy memo,” Schiff said in a tweet Saturday in response to Trump’s assertion that the document vindicated him.