CHICAGO (AP) — In a surprise announcement, Chicago Mayor Rahm Emanuel said Tuesday that he would abandon his effort to seek a third term next year and gave no reason for his sudden change of heart.

“This has been the job of a lifetime, but it is not a job for a lifetime.”

The 58-year-old former White House chief of staff said only that he and his wife “look forward to writing that next chapter in our journey together.”

“This has been the job of a lifetime, but it is not a job for a lifetime,” Emanuel said in remarks released by his office.

The Chicago Tribune said Emanuel he had already raised more than $10 million for another run for a four-year term.

Emanuel was a Democratic congressman and chief of staff to President Barack Obama before becoming mayor in 2011. He followed Richard M. Daley, who was mayor for more than 20 years. His won a second term in a 2015 runoff. 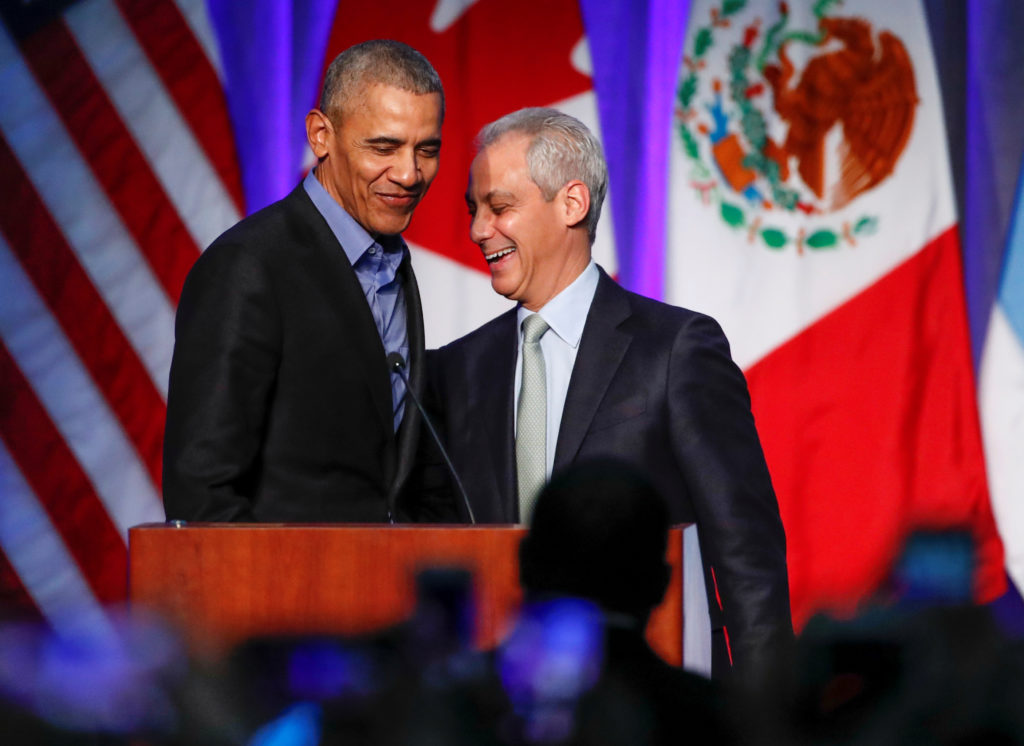 His announcement comes the day before the start of one of the biggest police-shooting trials in Chicago history — the murder trial of police officer Jason Van Dyke. The release of a dashcam video almost three years ago of the white officer shooting black teenager Laquan McDonald 16 times in 2014 drew the sharpest criticism of Emanuel in his two terms as mayor.

Many questioned whether his office delayed releasing the video to lessen political damage on Emanuel. The trial is expected to bring added scrutiny of how the city, and Emanuel, dealt with the case.

READ MORE: A rare conviction, an upcoming murder trial and other major updates in police shooting cases this week

Emanuel grew up in the ritzy Chicago suburb of Wilmette, the son of an Israeli physician who moved to the United States. His start in politics came after college, when he worked for Paul Simon’s 1984 Senate campaign and Richard Daley’s run for Chicago mayor in 1989.

Then he went to work for a little-known Arkansas governor who wanted to be president.

Clinton made him his political director in the new administration but internal tensions led to his comeuppance a year later at the hands of Hillary Rodham Clinton, when he was demoted to a policy adviser.

Midway through Clinton’s second term, Emanuel left for Chicago to work in investment banking. The firm he joined was soon sold and Emanuel made millions, giving him the financial security to get back into politics.