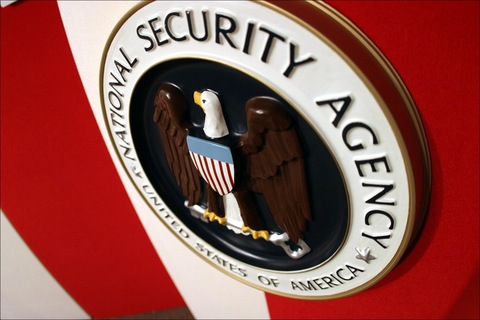 Hours after President Barack Obama named Susan Rice to be his new national security adviser, another Washington “NSA” was thrust into the spotlight over reports it is secretly collecting phone records of millions of Americans.

The revelations about the National Security Agency have reignited a debate over civil liberties and how much power the government should be allowed for domestic spying.

Late Wednesday The Guardian broke the story that the government was granted “unlimited authority” to collect phone records of millions of Verizon customers, according to an order issued in April by the secret Foreign Intelligence Surveillance Court authorized by the Patriot Act. It’s set to expire in July, but it’s not clear if there are broader orders that extend to other providers or for longer periods of time.

From the story by Glenn Greenwald:

The order, a copy of which has been obtained by the Guardian, requires Verizon on an “ongoing, daily basis” to give the NSA information on all telephone calls in its systems, both within the US and between the US and other countries.

The document shows for the first time that under the Obama administration the communication records of millions of US citizens are being collected indiscriminately and in bulk – regardless of whether they are suspected of any wrongdoing.

It is similar to the 2006 revelations that the government had obtained phone records for millions of clients of the major cell phone providers as part of a massive database, all in the name of fighting terrorism.

Kate Martin of the Center for National Security Studies, a civil liberties advocacy group, told the New York Times her group’s concern about the order. “[A]bsent some explanation I haven’t thought of, this looks like the largest assault on privacy since the N.S.A. wiretapped Americans in clear violation of the law” under the Bush administration, Martin told the paper, adding: “On what possible basis has the government refused to tell us that it believes that the law authorizes this kind of request?”

The Washington Post’s Ellen Nakashima spoke with a legal expert who put the policy into context:

An expert in this aspect of the law said Wednesday night that the order appears to be a routine renewal of a similar order first issued by the same court in 2006. The expert, who spoke on the condition of anonymity to discuss sensitive issues, said that the order is reissued routinely every 90 days and that it is not related to any particular investigation by the FBI or any other agency.

The expert referred to such orders as “rubber stamps” sought by the telephone companies to protect themselves after the disclosure in 2005 that widespread warrantless wiretaps could leave them liable for damages.

And you can expect a new term to enter in the political lexicon: “meta data.” The Guardian detailed what it means, exactly, under the order:

The order, signed by Judge Roger Vinson, compels Verizon to produce to the NSA electronic copies of “all call detail records or ‘telephony metadata’ created by Verizon for communications between the United States and abroad” or “wholly within the United States, including local telephone calls”.

The order directs Verizon to “continue production on an ongoing daily basis thereafter for the duration of this order”. It specifies that the records to be produced include “session identifying information”, such as “originating and terminating number”, the duration of each call, telephone calling card numbers, trunk identifiers, International Mobile Subscriber Identity (IMSI) number, and “comprehensive communication routing information”.

The information is classed as “metadata”, or transactional information, rather than communications, and so does not require individual warrants to access. The document also specifies that such “metadata” is not limited to the aforementioned items. A 2005 court ruling judged that cell site location data – the nearest cell tower a phone was connected to – was also transactional data, and so could potentially fall under the scope of the order.

What it doesn’t do, however, is collect the content of the calls.

Administration officials Thursday told reporters the order printed by the Guardian “does not allow the government to listen in on anyone’s telephone calls,” and said the process, allowed under the law, is a “critical tool” to protect the country.

Progressives were already mobilizing in anger, with at least one group circulating a petition demanding that Congress investigate.

Many liberal members of Congress — and even then-Senator Obama — raised concerns about the FISA courts, and the slippery slope of government intrusion. One thing that’s changed since then is a new contingent of tea party lawmakers who have made a cause out of civil liberties issues.

Attorney General Eric Holder is on Capitol Hill Thursday to testify at a Senate hearing about the Justice Department budget, and no doubt he’ll face questions about the issue. We’ll be livestreaming the hearing.

Earlier Wednesday, Mr. Obama elevated Rice to replace National Security Adviser Tom Donilon. It was a choice that pokes at Republicans critical of Rice over the issue of Benghazi — and the position does not require a confirmation vote. The president named longtime friend and adviser Samantha Power to replace Rice, and she will face Senate confirmation.

Donilon told the president at the event that he’s seen Mr. Obama “make the most difficult decisions a Commander-in-Chief can make,” including sending troops to war. He continued:

When confronted with competing agendas and interests, you always bring the discussion back to one question: What’s in the national interest, what’s best for America? I’ve seen your abiding commitment to the core values that define us as Americans, our Constitution, civil liberties, the rule of law. Time and time again, you have reminded us that our decisions must stand up to the judgment of history.

Politico’s Glenn Thrush and Reid Epstein explored what the Rice pick means for the West Wing and what it says about the president’s management style. The Washington Post’s Scott Wilson wrote that the new team signals a more aggressive stance from Mr. Obama, and the New York Times’ Peter Baker labeled it a “defiant” move.

The NewsHour examined the Cabinet choices as the lead of the show Wednesday night. Judy Woodruff talked with Richard Haas and Anne-Marie Slaughter.

I’ve marked my calendar RT @rickklein: no worries, the FISA court order will be declassified. On “12 April 2038.”

Casket of late-Sen. Frank Lautenberg (D-NJ) comes to the Capitol today. He will lie in repose in the Senate chamber this afternoon.

QB @kaepernick7 made a surprise visit to his high school last week to thank his former coach. Check out his speech: 49rs.me/lKh7L

Katelyn Polantz and Simone Pathe contributed to this report.