On Comey’s firing, the White House keeps changing its story

In a letter removing Comey as the agency’s director, Trump wrote that he agreed with a Department of Justice assessment that the director was “not able to effectively lead the Bureau.”

READ MORE: Everything we know about Trump’s firing of FBI director James Comey

But when and how Trump reached that conclusion is a moving target.

The story from the administration has changed several times over the past 48 hours. Here are some of the narratives pushed by the White House this week.

The decision came from the Department of Justice 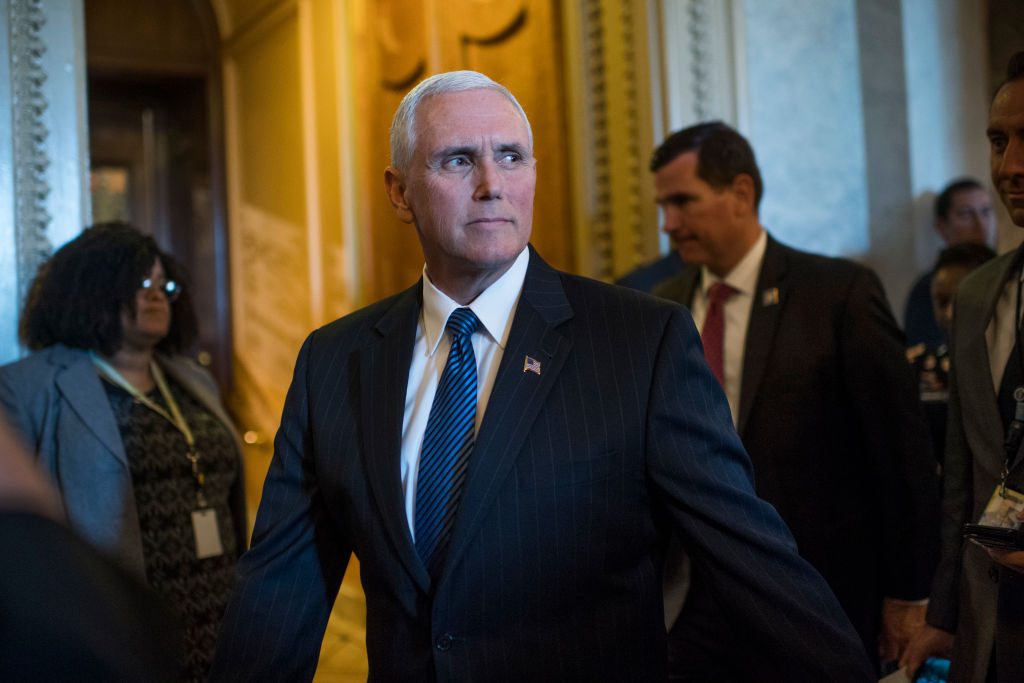 On Tuesday night, White House press secretary Sean Spicer told reporters the firing came after a sudden flashpoint earlier that day with Rosenstein, who was confirmed just two weeks ago.

“It was all him,” Spicer told reporters. “No one from the White House. That was a DOJ decision,” he said, using the Justice Department’s initials.

Vice President Mike Pence repeated that line Wednesday morning on Capitol Hill, saying the president had decided “to accept the recommendation of the deputy attorney general to remove Director Comey.”

The decision was reached by Trump and the DOJ 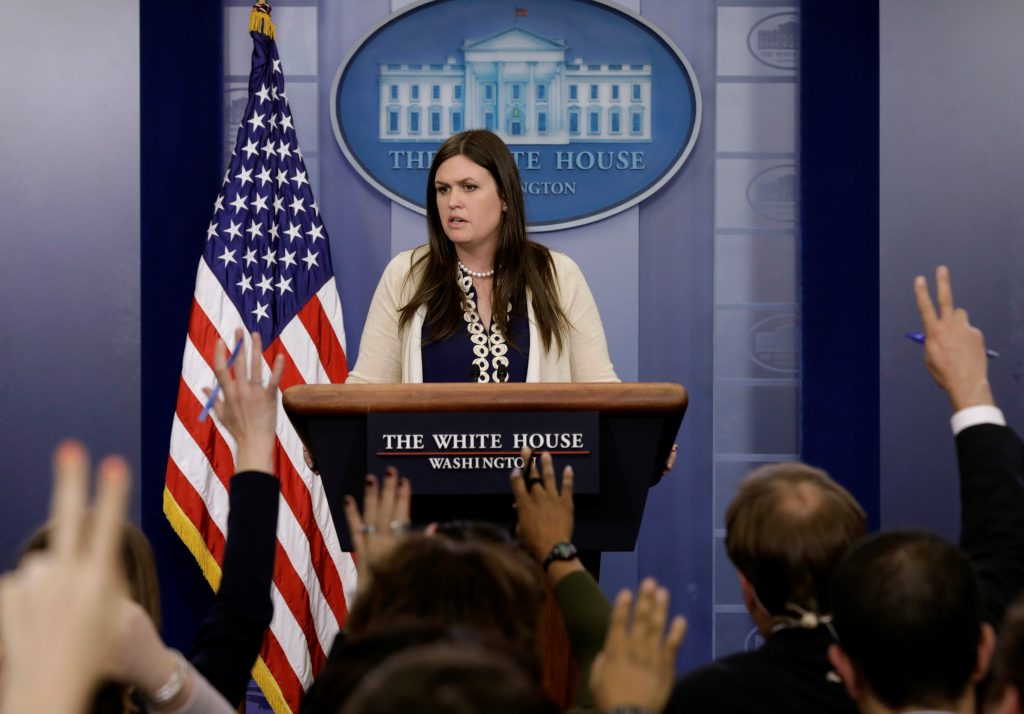 While she said Trump had been considering firing Comey since taking office, Sanders said it was Sessions and Rosenstein who raised the matter during a meeting on other topics.

“They had come to express their concerns,” he said. “The president asked that they put those concerns and their recommendation in writing.”

Trump decided to remove Comey after watching his testimony on Russia

Later that evening, the White House made another tweak to the timeline, adding that “the president was strongly inclined” to remove Comey after watching his congressional testimony last week.

The administration also said the president and the two top Justice Department officials “discussed reasons for removing the director” in their Monday meeting without specifying who raised the issue.

The president asked the DOJ about firing Comey 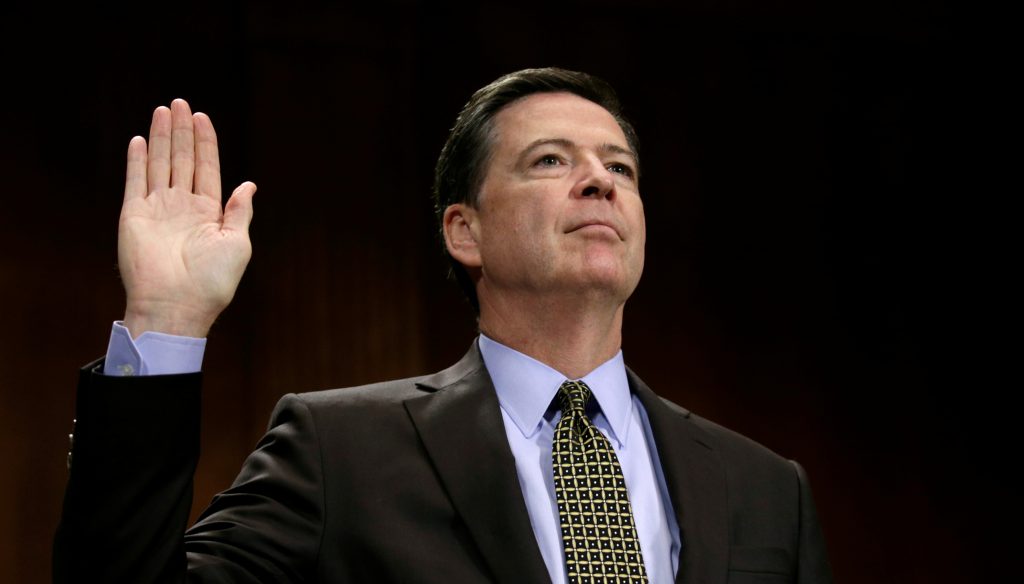 FBI Director James Comey is sworn in to testify May 3 before a Senate Judiciary Committee hearing on “Oversight of the Federal Bureau of Investigation” on Capitol Hill in Washington, D.C. Photo by REUTERS/Kevin Lamarque.

Then, appearing on NBC’s “Today” program Thursday morning, Sanders suggested it was the president who asked Sessions and Rosenstein about firing Comey, because “he wanted to get their feedback.”

At Thursday’s briefing, Sanders berated reporters for focusing on these details, saying they were bogged down in irrelevant “process.”

“We were attempting to give the best information we could at that time,” she said of the early inaccurate accounts. “It was a fast-moving situation.”

What matters, she said, was that the president, Sessions and Rosenstein all agreed that Comey should be fired.

Some lawmakers and agency officials have challenged that statement, saying Rosenstein’s letter cherry-picked statements criticizing the FBI director out of context. Officials interviewed by the Post said that while those cited in the letter questioned Comey’s handling of the investigation into Hillary Clinton’s emails, they did not suggest he be fired.

The decision came from Trump alone 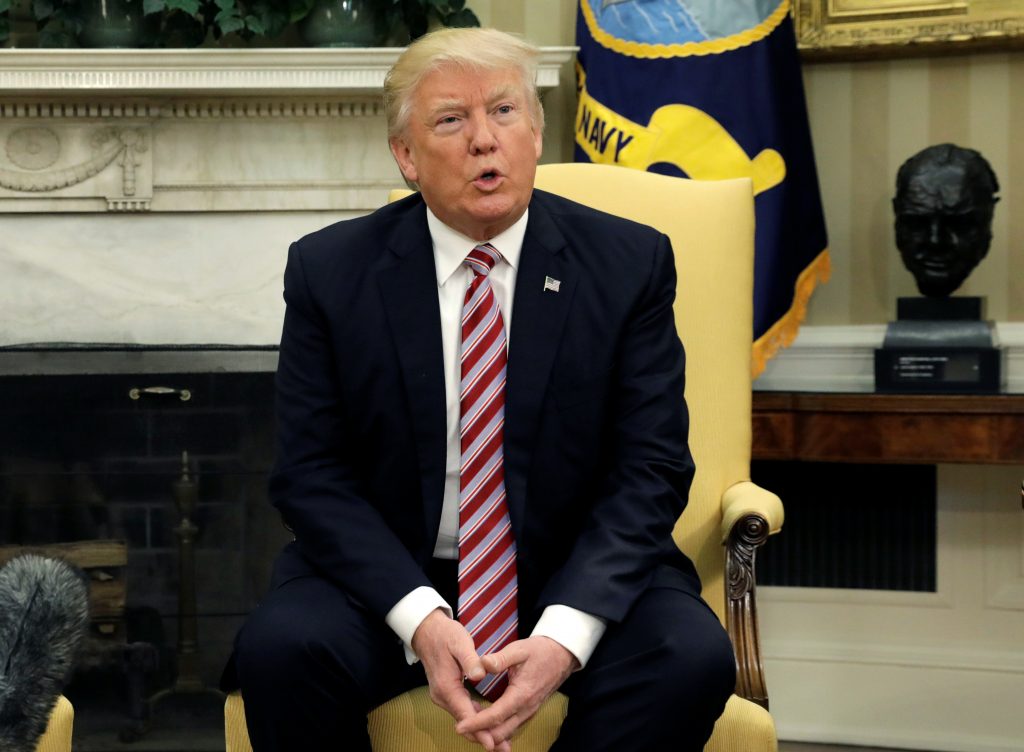 President Donald Trump speaks to reporters at the White House in Washington, D.C. Trump told NBC News on Thursday that he would have fired Comey regardless of the DOJ’s recommendations. Photo by REUTERS/Kevin Lamarque.

“Oh, I was gonna fire regardless of recommendations,” he said in the Cabinet Room interview.

“And in fact, when I decided to just do it, I said to myself — I said, you know, this Russia thing with Trump and Russia is a made-up story. It’s an excuse by the Democrats for having lost an election that they should’ve won,” he added.

On Friday morning, Trump tweeted that Comey “better hope that there are no ‘tapes’ of our conversations before he starts leaking to the press!”

In a briefing with reporters later that afternoon, Spicer would neither confirm nor deny whether Trump had tapes of his conversations with Comey, or whether such recordings were regularly conducted in the White House.

Left: White House spokeswoman Sarah Huckabee Sanders addresses questions about the firing of James Comey during a May 11 press briefing at the White House in Washington, D.C. Photo by REUTERS/Kevin Lamarque.