Debate takeaways: Rubio stuck in a loop, Christie on the attack

MANCHESTER, N.H. — There have been no higher stakes on a Republican debate stage in the 2016 campaign for president than there were Saturday night.

Seven GOP Republican hopefuls faced off just three days before a make-or-break New Hampshire primary that some of them are not likely to survive.

At the same time, the candidates on the still-crowded stage seemed unwilling to mix it up with Donald Trump, the national front-runner for months who needs a win in New Hampshire on Tuesday to avoid starting the 2016 race with two consecutive losses.

And then there was Texas Sen. Ted Cruz, the champion college debater who shared a deeply personal moment during an otherwise forgettable night while trying to build on his victory in the Iowa caucuses.

Here are some takeaways from Saturday night’s GOP debate:

RUBIO STUCK IN A LOOP 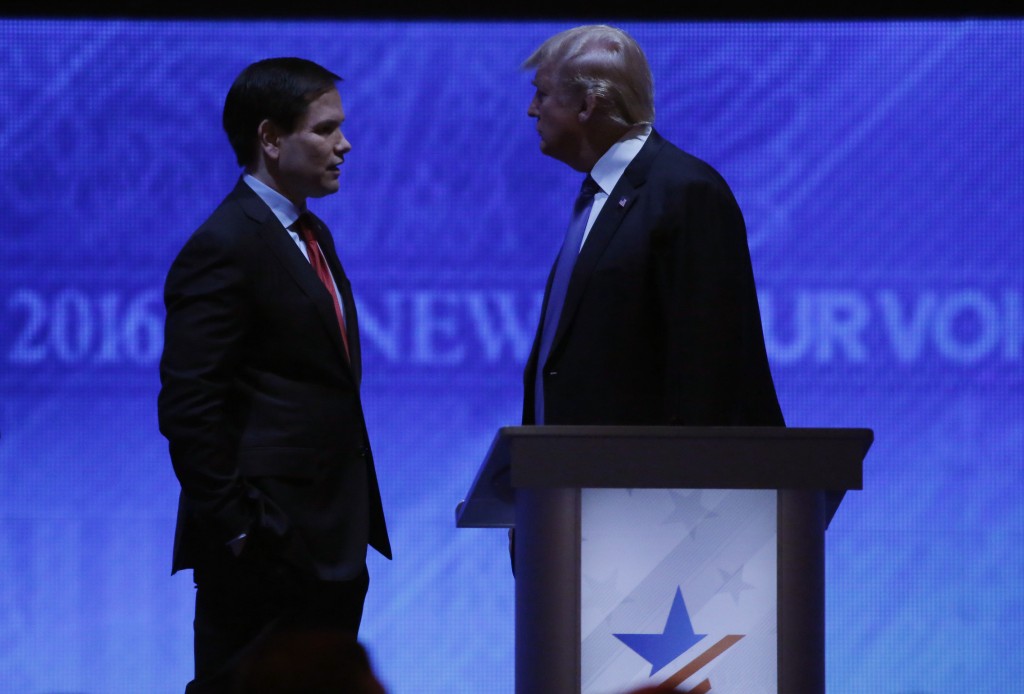 Rubio experienced his worst moment in a presidential debate at the worst time, stumbling badly when forced to answer the fundamental question posed by rivals of his candidacy: whether he has the experience necessary to lead the nation.

As a first-term senator with no executive experience, Rubio’s resume is remarkably similar to Barack Obama before he became president. Rubio tried to turn the question around by charging that Obama “knows exactly what he’s doing” by “undertaking a systematic effort to change this country.”

The answer was quickly challenged by Christie: “I like Marco Rubio, and he’s a smart person and a good guy, but he simply does not have the experience to be president of the United States.”

A clearly rattled Rubio responded by delivering the same line about Obama not once, but twice. And Christie made sure New Hampshire voters knew it: “There it is. The memorized 25-second speech. There it is, everybody.”

It was a cringe-worthy moment for Rubio three days before a New Hampshire contest in which he hopes to knock Christie, Bush and Ohio Gov. John Kasich from the race. Even if it doesn’t significantly change the contest in New Hampshire, the moment raises questions about Rubio’s readiness to take on Democrat Hillary Clinton in a general election debate. 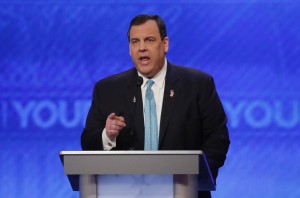 He is barely registering in recent preference polls, but the New Jersey governor was the toughest candidate on the debate stage Saturday night. And that’s no small feat with the tough-talking Trump at center stage.

At seemingly every turn, Christie zeroed in on Rubio, pelting him with zingers about his inexperience and record in Washington. Calling out Rubio on his missed votes in the Senate, Christie charged, “That’s not leadership. That’s truancy.”

And when Rubio didn’t answer a moderator’s question about why he backpedaled on an immigration proposal he’d helped write when it appeared to become politically unpopular, Christie called him out.

“The question was, did he fight for his legislation. It’s abundantly clear that it he didn’t.” Then he twisted the knife: “That’s not what leadership is. That’s what Congress is.”

It was a performance Christie badly needed as he teeters on the edge of irrelevancy in the crowded Republican contest. Is it too little too late to rescue his campaign? 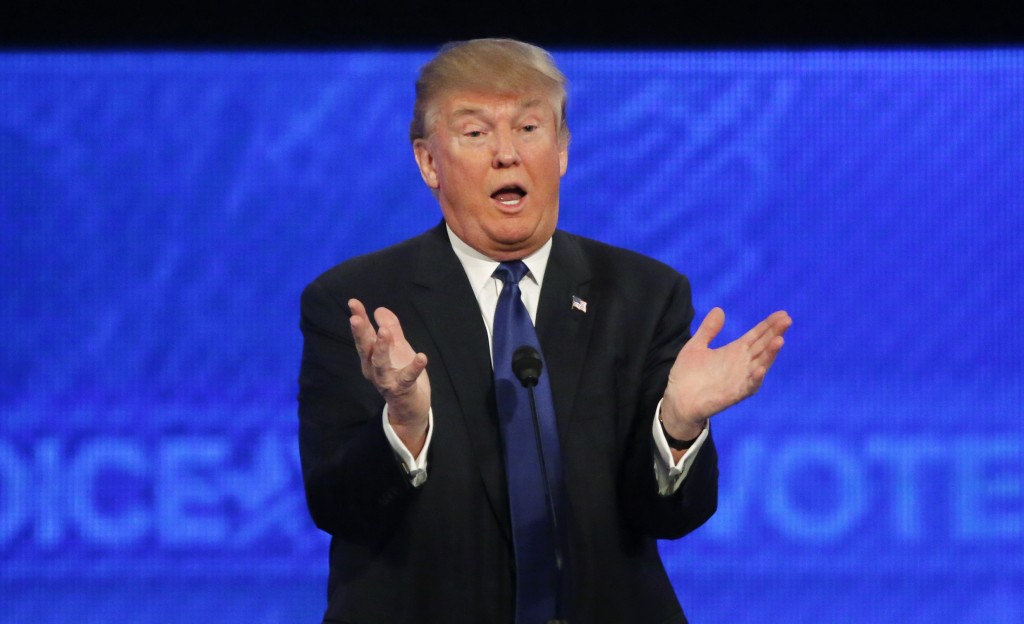 The decision to withhold fire was evident right from the start, when Cruz declined to repeat his assertion this week that Trump didn’t have the temperament to be commander in chief. Cruz dodged, saying everyone on the stage would be better leader of the U.S. military than Obama and Democratic contenders Hillary Clinton and Bernie Sanders.

Pressed by a moderator whether he stood by his words that Trump was too volatile to be president, Cruz said simply, “I think that is an assessment the voters are going to make.” Trump noted that Cruz refused to answer the question.

Bush was the only one who took it directly to Trump. After the billionaire real-estate developer defended the use of eminent domain as a necessary tool of government, Bush said the businessman was “downright wrong” when his company tried to use eminent domain to build an Atlantic City casino.

Trump scoffed, saying Bush “wants to be a tough guy.”

Bush fired back, “How tough is it to take property from an elderly woman?”

It was the only moment in which Trump flashed any of the rhetorical jabs he’s become known for on Twitter. For the most part, Trump was content to lay back and let those chasing him in the preference polls fight amongst themselves. 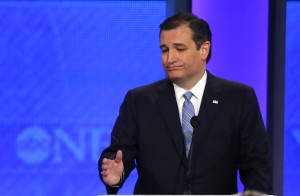 The champion college debater wasn’t much of a factor after a rough start to the debate, when he was asked about Trump’s temperament and allegations his campaign team engaged in “deceitful behavior” by suggesting in the moments before the Iowa caucuses started that retired neurosurgeon Ben Carson was leaving the race.

“When this transpired, I apologized to him then and I do so now,” Cruz said. “Ben, I’m sorry.”

Cruz returned to prominence when asked about substance abuse, and gave an answer that will be hard for some voters to forget.

The Texas senator shared the deeply personal story of his sister’s overdose death. He told New Hampshire voters, and a national television audience, that he and his father pulled his older sister out of a crack house. They pleaded with her to straighten out for the good of her son. But she didn’t listen.

It was a very human moment for a candidate sometimes criticized for not being likable.

And it was in line with his tone all night long, as he consistently rose above the mud-slinging, despite his near-daily attacks on his rivals on the campaign trail.