Democrat Joe Biden has won the District of Columbia.

He was awarded its three electoral votes on Tuesday. 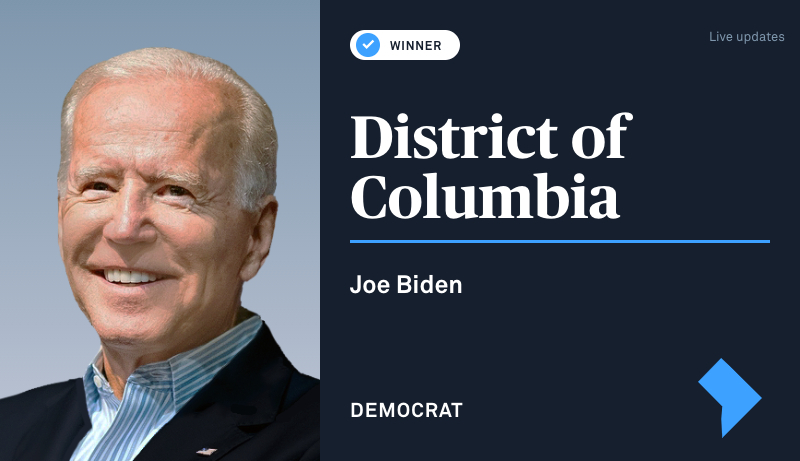 District voters have been allowed to cast presidential ballots since 1964 and have always voted overwhelmingly Democratic. Hillary Clinton’s win in the District over Republican Donald Trump in 2016 was the widest margin ever.

Left: Democratic presidential candidate Joe Biden gives a thumbs up when asked about how Kamala Harris will do in tonight's vice-presidential debate, as he arrives to record campaign messages in Wilmington, Delaware. Photo by Kevin Lamarque/Reuters