The former astronaut defeated Republican Sen. Martha McSally, who was appointed to the seat after McCain’s death in 2018.

It’s the second election night contest in which a Democrat beat a GOP incumbent. The other was in Colorado.

The Arizona race was a a special election to finish McCain’s term, so Kelly could be sworn in as early as Nov. 30, when the results are officially certified.

Kelly flew combat missions for the Navy during Operation Desert Storm before becoming a test pilot and later an astronaut. He flew four missions to the International Space Station. 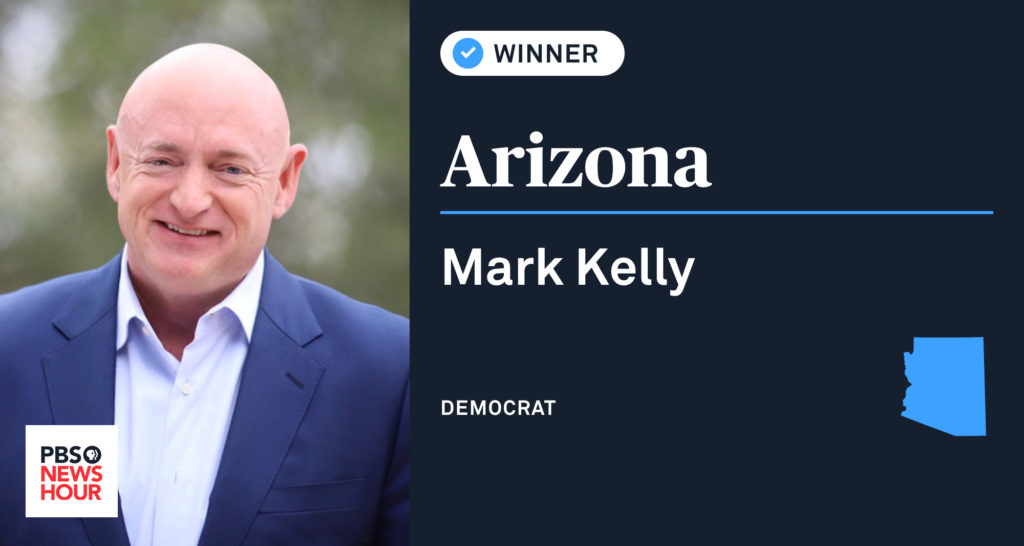 He is the husband of former Democratic U.S. Rep. Gabrielle Giffords, who was shot in the head and wounded in an attempted assassination during a constituent event in Tucson in 2011.

Kelly’s victory gives Democrats both Senate seats in Arizona. He will join Kyrsten Sinema in Washington.