Democrats focus on unity as tensions from 2016 linger

NORTH LIBERTY, Iowa — Democratic presidential candidates promised voters in Iowa on Saturday they would unify the party to take on President Donald Trump even as they kept up their criticism of each other and navigated the lingering divides from the 2016 campaign.

“I’m confident Americans, Republican voters, Democratic voters and independent voters want us to come together,” former Vice President Joe Biden said in North Liberty. “I’m going to do whatever it takes to make progress in the areas that matter most.”

About 20 miles away in Cedar Rapids, Massachusetts Sen. Elizabeth Warren updated her stump speech to include a more explicit call for unity.

“We’re down to the final strokes here,” she said. “But we understand that, we will and we must come together as a party to beat Donald Trump and I’ve got a plan for that.”

And Bernie Sanders insisted he would back the ultimate Democratic nominee even if it’s not him.

“Let me say this so there’s no misunderstanding,” the Vermont senator said in Indianola. “If we do not win, we will support the winner and I know that every other candidate will do the same.” 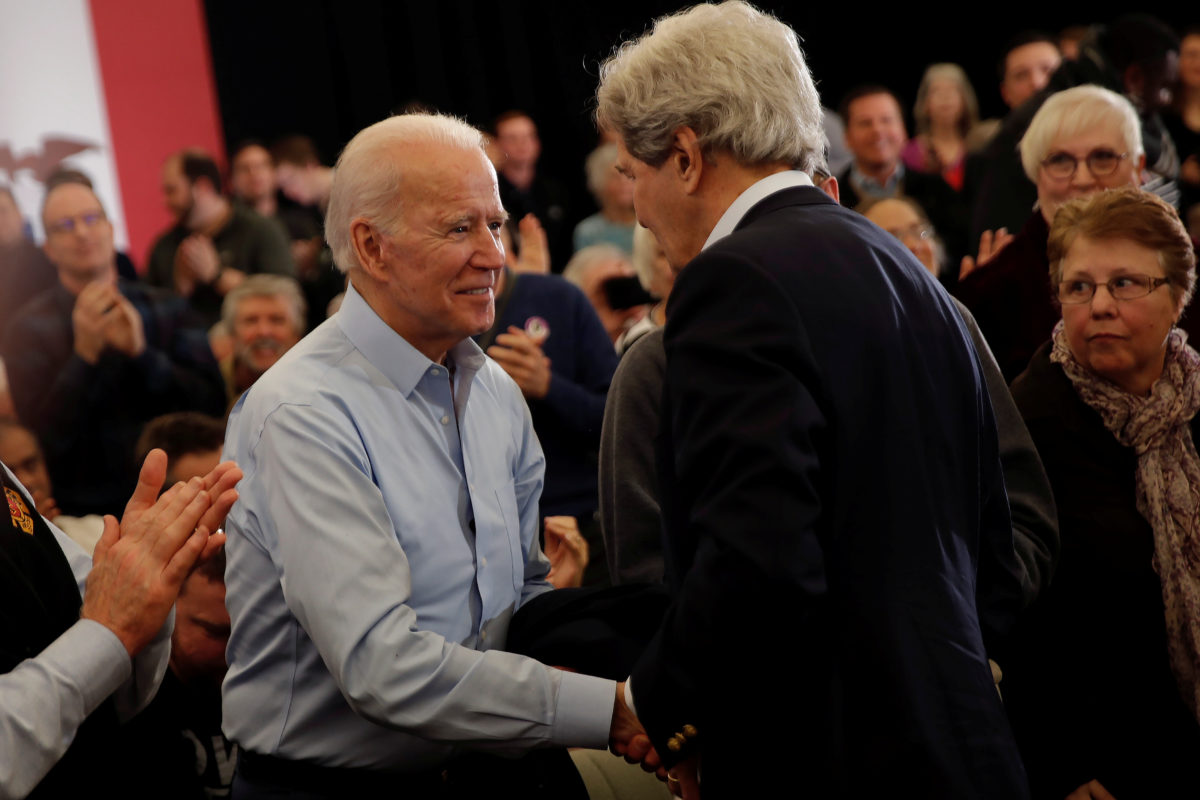 The candidates made the pledges during a frenetic final weekend of events ahead of Monday’s caucuses. After a year of campaigning, most polls show a tight race between Biden, Warren, Sanders and Pete Buttigieg, the former mayor of South Bend, Indiana. Those candidates, along with Sen. Amy Klobuchar of Minnesota and businessman Andrew Yang, crisscrossed Iowa on Saturday seeking a breakout victory that would propel them deeper into the contests that will decide the Democratic nomination.

The White House hopefuls have focused on a wide variety of policy issues ranging from free college tuition to the role of government in health care, criminal justice reform, gun control and solutions to climate change. But the biggest issue on the minds of many voters is landing on a candidate who can beat Trump.

That’s one of the reasons the White House hopefuls stepped up their commitment to swiftly unite the party after the primary. Worries remained that the bitter fight between Sanders and Hillary Clinton in 2016 helped Trump win the White House that year. That anxiety grew over the past two weeks after Clinton twice criticized Sanders for not doing enough to bring the party together after their bruising battle.

The divide was on display Friday when Rep. Rashida Tlaib, D-Mich., appeared at a Sanders event in Iowa and booed at the mention of Clinton. She later issued a statement saying she “allowed my disappointment with Secretary Clinton’s latest comments about Senator Sanders and his supporters get the best of me” and would “strive to come from a place of love and not react in the same way of those who are against what we are building in this country.” 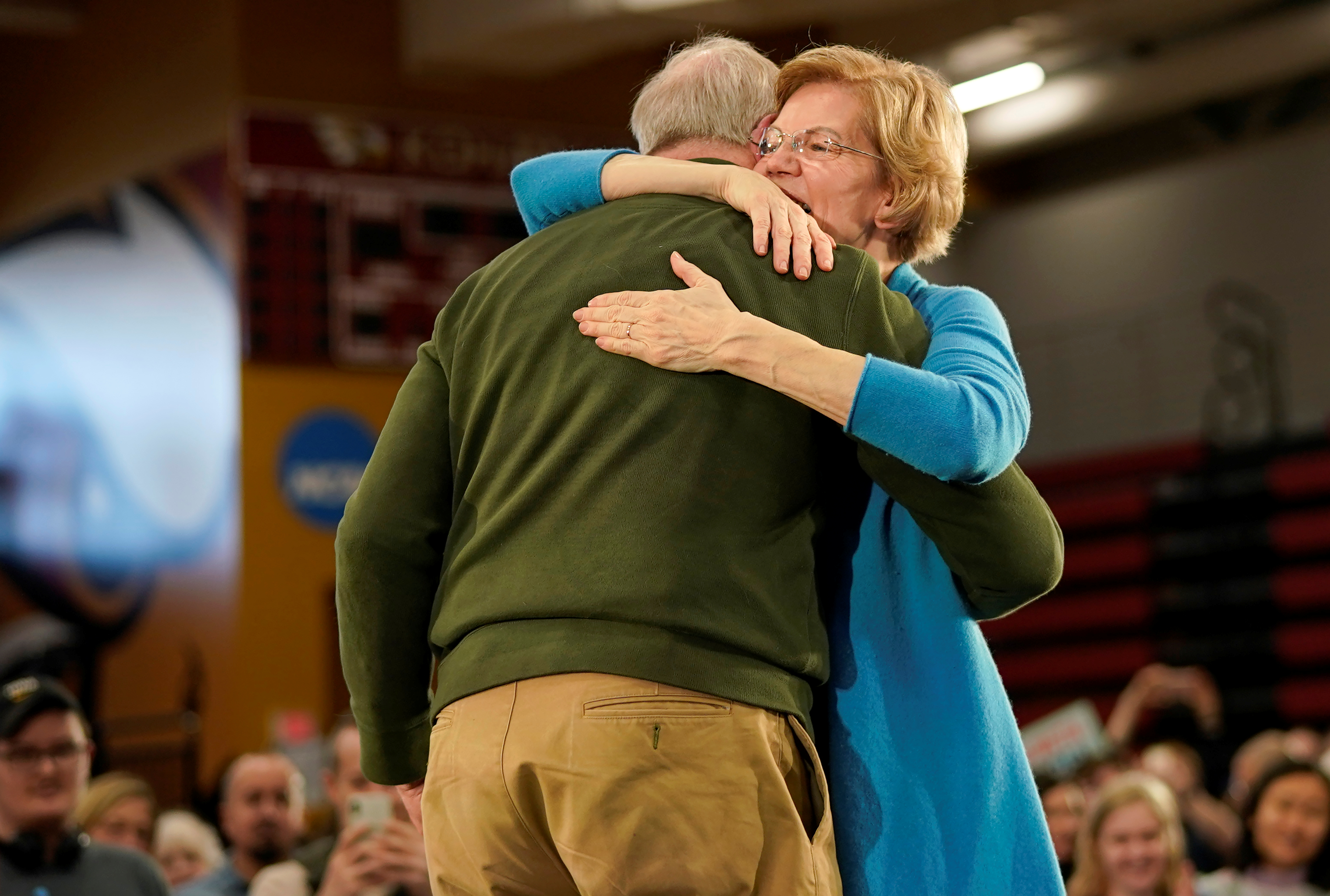 Sanders’ campaign manager retweeted her statement and said: “We love your passion and conviction. Don’t change.”

Still, the incident underscored questions about how Democrats can thread together vying factions to develop a coalition that spans generations, races and economic status to defeat Trump. With Sanders showing some signs of strength in Iowa, some voters said they wouldn’t support him because of concerns he would divide the party.

Sanders was not on the list for a few reasons. He was too “socialistic,” she worried about his health and age — Biden’s too, she added — and she’s wasn’t confident Sanders could unite the party. Stolba, 59, noted she was still smarting over whether he told Warren that a woman can’t win. Sanders denied the comment. “I think that he said it,” she said.

But Stolba said she’ll still vote for Sanders if were the the nominee. “If he’s the only one, yeah, I’m not going to vote for Trump.”

Sanders, for his part, has drawn crowds stretching into the thousands at his events, a clear demonstration of the enthusiasm surrounding his campaign. It’s that energy, he and his supporters argue, that will bring the party together and inspire voters across the spectrum to support his candidacy in November.

Some candidates saw an opportunity in the infighting. The 38-year-old Buttigieg has made generational change a central argument of his campaign and said Saturday that the divides underscore his point.

“I didn’t much enjoy as a Democrat living through the experience of 2016 and I want to make sure 2020 resembles 2016 as little as possible,” he told reporters after a rally in Waterloo.

Buttigieg went on to emphasize that the candidates “are much more aligned than you would think.”

But on stage later in the day, he revived his criticism of Biden and Sanders, outlining what he called “a respectful difference of approach among people who share the same values, share the same goals.”

Buttigieg criticized Sanders for “offering an approach that suggests it’s either revolution or it’s the status quo, and there’s nothing in between.”

Some voters said they felt that, regardless of the divisions within the party, Trump was enough of a unifying factor on his own that Democrats will have no issues after the primary. Tom Taiber, a 73-year-old from Waverly, said he wasn’t worried about Democrats coming together to rally around the party’s eventual nominee, even if the primary becomes divisive.

“The family of Democrats, we’re going to have differences of opinion,” he said.

Left: Democratic U.S. presidential candidate Senator Bernie Sanders speaks to a crowd gathered to see him on the street as he arrives for a campaign appearance at a coffee shop in the small town of Grinnell, Iowa, U.S., February 1, 2020. Photo by Mike Segar/Reuters.