COLUMBIA, S.C. — Almost the entire sprawling Democratic presidential field of more than 20 candidates took the same stage in the South’s first primary state, looking to make connections in a primary battleground that has helped propel the party’s last two nominees.

Former Vice President Joe Biden reintroduced himself to South Carolina voters at gatherings he’s attended many times before. His rivals tried to convince a boisterous throng at a Friday event to consider a new path.

“I think I’ve been in every one of your counties over the years,” Biden said at House Majority Whip Jim Clyburn’s annual fish fry, a longstanding event that this year has blossomed into a centerpiece ahead of the 2020 election.

The 76-year-old Biden touted his friendship with Clyburn and other South Carolina politicians, including former Sen. Fritz Hollings, whom the Democratic front-runner eulogized earlier this year.

Massachusetts Sen. Elizabeth Warren, meanwhile, made her usual detailed policy pitch. Sen. Kamala Harris of California, one of two major black candidates, called attention to civil rights heroes in a state where black voters typically make up a majority of Democratic primary electorates. And lesser known candidates tried to capitalize on the spotlight, with the likes of entrepreneur Andrew Yang getting a boisterous welcome despite barely registering in national polls.

The fish fry is a highlight of a big political weekend in South Carolina. Candidates also attended the state party’s annual fundraising gala Friday evening ahead of the Clyburn party. The state party convention and a Planned Parenthood forum on abortion rights follow on Saturday.

A woman walks past a variety of campaign banners for Democratic presidential candidates at the entrance of “Jim Clyburn’s World Famous Fish Fry” in Columbia, South Carolina, U.S., June 21, 2019. Photo By Randall Hill/Reuters

For South Carolina Democrats, it’s the culmination of several decades of work raising the state’s profile to compete with the attention afforded to Iowa and New Hampshire, the two states that for decades have led off presidential voting.

The itinerary gives candidates a key opportunity to court the black voters who are crucial in South Carolina politics, while also reaching a sometimes underappreciated block of moderate whites. The electorate here reflects those in other Southern states that follow quickly on the nominating calendar, offering candidates a proving ground to test their message.

Biden leads most national and early nominating state polls, with notable strength among South Carolina’s older black voters and moderate whites that dominate the Democratic primary here. But locals point to this weekend as a way for candidates to help reset the race ahead of the first debates next week in Miami.

“People see Vice President Biden as one of us, but most people are wide open,” said former state party Chairwoman Carol Fowler, who is uncommitted in the primary. “They just want to be part of the process of defeating Donald Trump.”

Neither Warren nor Harris — two of Biden’s top rivals —mentioned the front-runner, but both drew a contrast in style.

“We need big, structural change in this country, in this economy. And big structural change starts with big ideas,” Warren said, offering a list of ways she’d spend new revenue from her proposed tax on the wealthiest American fortunes.

Harris, one of two top candidates who is black, called attention to the recent fourth anniversary of a white supremacist massacre of nine black men and women at a Charleston, South Carolina, church. And she mentioned generations of civil rights activists who preceded her candidacy. Both groups, she said, were “heroes who fought and died for equality.” 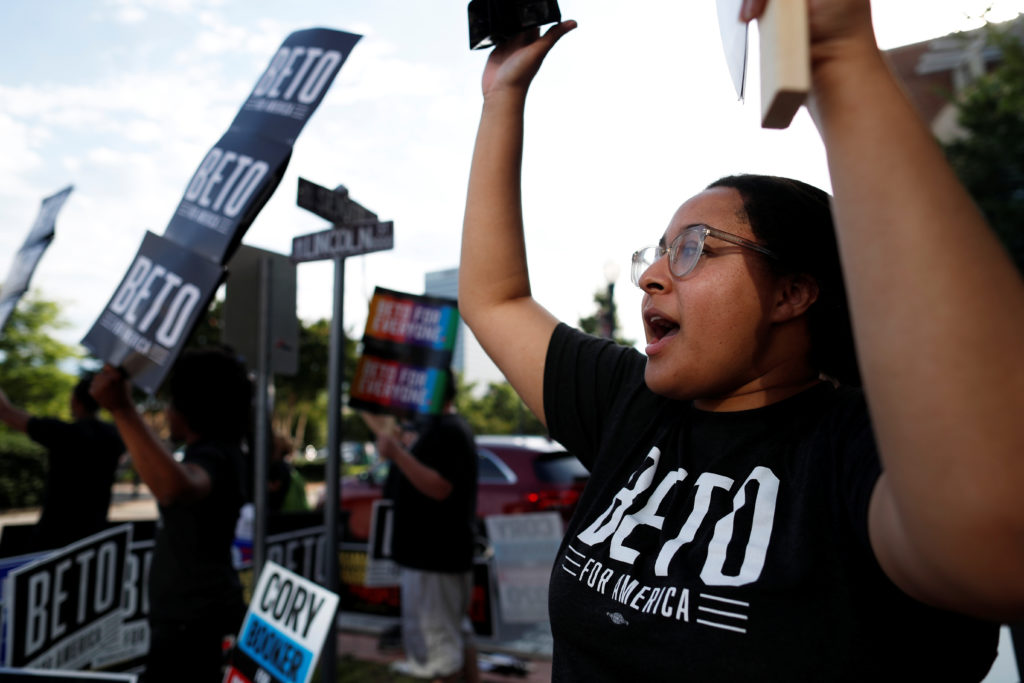 Most candidates Friday stuck to praising Clyburn, the highest-ranking black member of Congress, and promised to focus on marginalized Americans and the middle class.

“If we bring everyone’s story into the story of this country, it is only then that we will achieve the great things we want to do,” said former Texas Rep. Beto O’Rourke, mentioning that he’s already campaigned in economically struggling areas of the state that don’t often see presidential candidates.

Minnesota Sen. Amy Klobuchar emphasized her desire to enact again provisions of the Voting Rights Act struck down by the Supreme Court.

Some of the lagging candidates encountered the realities of such a large field. When Colorado Sen. Michael Bennet greeted one dinner patron, the man asked politely, “Are you one of the candidates?”

Clyburn, meanwhile, is enjoying a bump in his already considerable influence. He’s the third-ranking Democrat in the House and the most senior black lawmaker on Capitol Hill. His fish fry began in 1992 in a parking deck near the South Carolina Statehouse as a way to thank volunteers who helped him secure his first congressional victory. It was also an alternative for activists who couldn’t afford to attend the party fundraiser.

“It’s kind of like a family reunion for those of us in South Carolina,” said Rep. Russell Ott, a Democrat in the state legislature, “the pep rally before the big game.”