LAS VEGAS — As the Democratic presidential race hurtles toward Nevada, candidates in the still-crowded field are jumping into their first test in a racially diverse state with solid union muscle and shaky plans for a presidential caucus.

Nevada has no obvious front-runner, though Vermont Sen. Bernie Sanders heads into the contest on strong footing. The state has received only a sliver of the attention of the first two states on the primary calendar, Iowa and New Hampshire. Looking at the jumbled field, the state’s most powerful union decided to take a pass on endorsing a candidate, rather than make a divisive choice or risk picking a loser. Most of the state’s most prominent officials have stayed neutral.

The open race has every Democrat spending much of the next week searching for fortunes in the state’s working-class neighborhoods, union halls, casino convention halls and stuccoed suburbs. For Sanders and former South Bend, Indiana, Mayor Pete Buttigieg, it’s a chance to prove their staying power after strong finishes in Iowa and New Hampshire. For former Vice President Joe Biden and Massachusetts Sen. Elizabeth Warren, it could be a life preserver to rescue their bids after disappointing starts. For Minnesota Sen. Amy Klobuchar, it’s a chance to prove her third-place finish in New Hampshire wasn’t a fluke.

Candidates are making a get-out-the-vote push Saturday morning as early voting starts, and they plan to attend a Saturday night fundraising gala for the Las Vegas-based Clark County Democratic Party. Several candidates are making the hourlong flight up to Reno, a city newly flush with tech money and California transplants, and are due back in Las Vegas on Wednesday for the ninth Democratic debate. 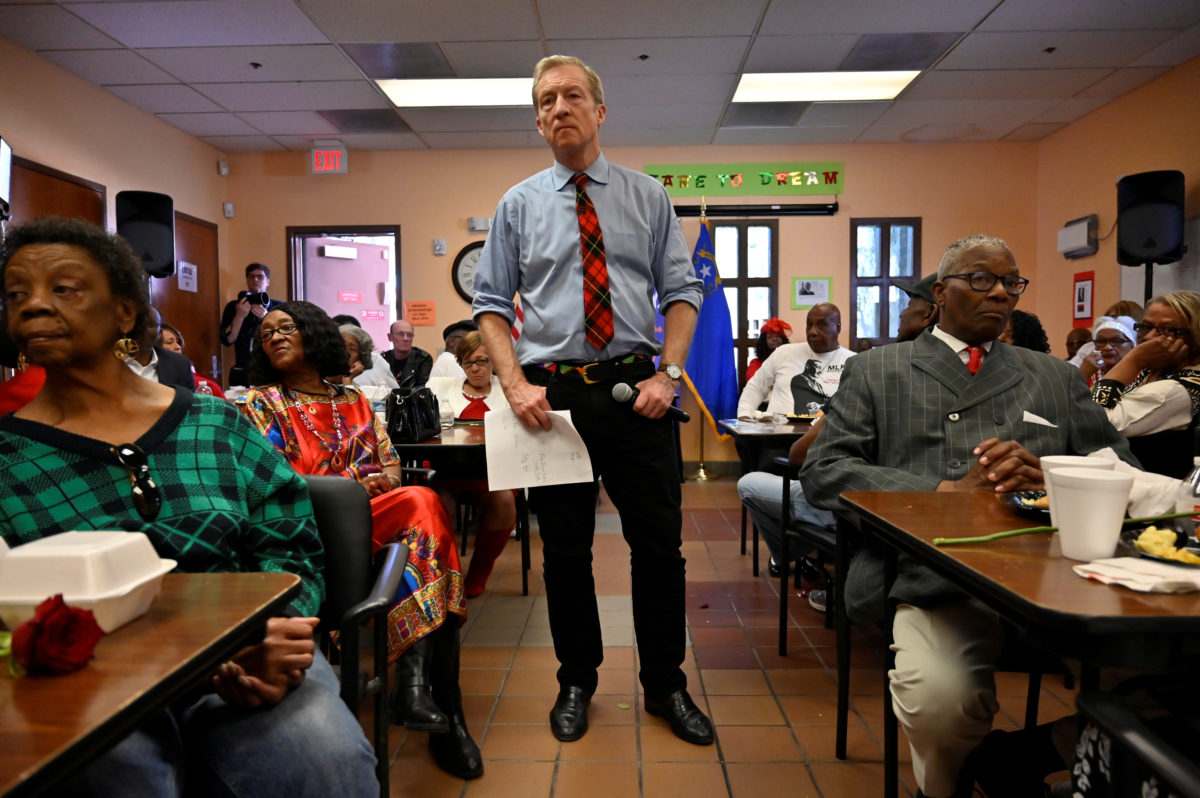 This year, with the results of Iowa’s caucuses muddled by technology and reporting problems, Nevada is under pressure to pull off a problem-free caucus. The Nevada State Democratic Party abandoned its original plans to use an app like the one that caused trouble in Iowa and has scrambled to come up with a new system to tabulate results.

The state party said this week that it will try to use simpler technology and a backup paper record, though election experts have warned that deploying new technology and processes without sufficient training can cause problems.

The party has been fortified and professionalized over the years by former Senate Majority Leader Harry Reid. The organizing force of the party and its allies is still referred to as the “Reid Machine,” and many of his former staffers hold key roles on the presidential campaigns.

The 80-year-old former senator, who retired in 2016 and has been battling cancer, has repeatedly said he won’t endorse before Nevada’s caucuses. His decision not to back a candidate in the still-volatile field has been echoed by many of Nevada’s top elected officials, including the governor, two Democratic senators and two of three Democratic members of the House.

The state’s most powerful union also decided not to endorse. The 60,000-member casino workers’ Culinary Union announced Thursday it would work instead to get out the vote and defeat President Donald Trump in 2020. The decision was a particular blow to Biden, who has long-standing ties to the union and needed an extra boost heading into Nevada.

While no candidate has earned its backing, the union hasn’t been shy about discouraging support for Sanders and Warren, whose “Medicare For All” plans would move to a government-run insurance system. The union, which prizes the health care plans its members bargained hard for over the years, said its insurance would be doomed under Medicare for All.

Early on in the race, Biden seemed to have an advantage in Nevada, with early support in Nevada’s communities of color and long ties to the state. He topped polls into early 2020, but Nevada polling has been scarce since voting in the race began.

“This is his chance to shine. He’s put together a broad cross section of voters who support him,” said Rep. Dina Titus, who represents Las Vegas and has endorsed Biden. 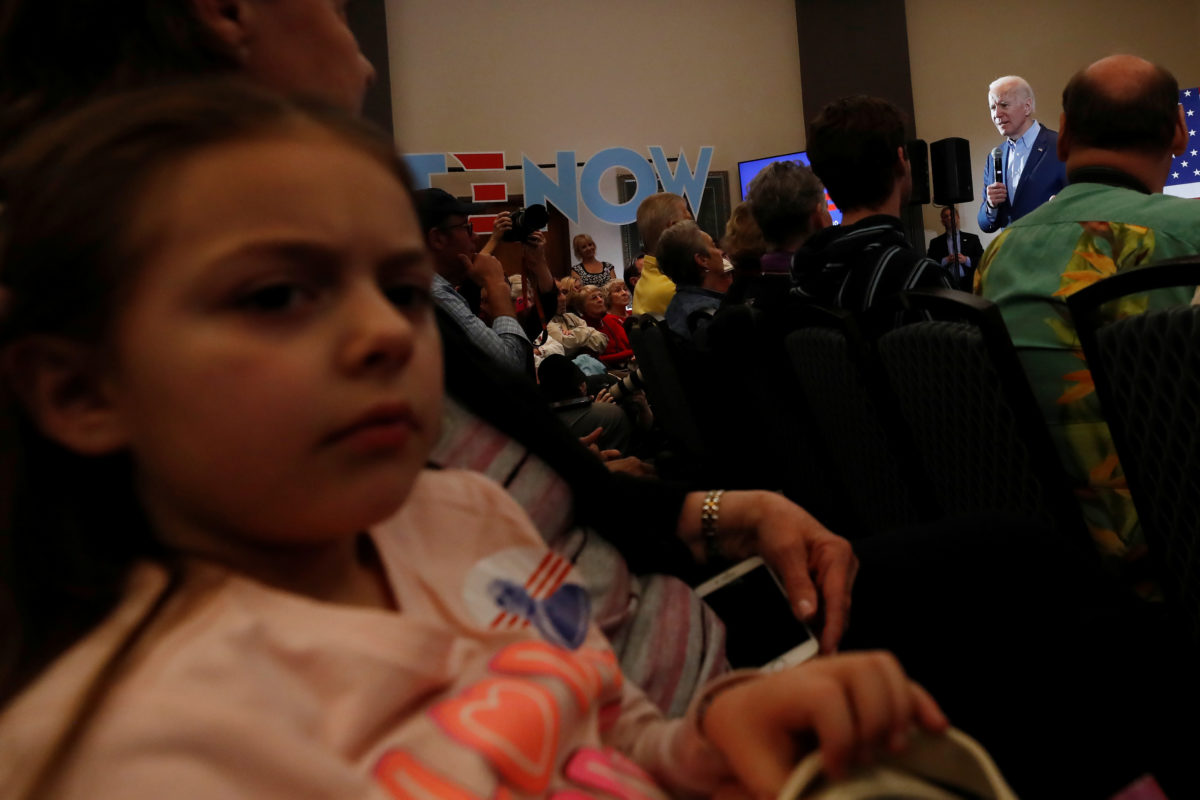 “I’m seeing less than I thought I would see from Biden,” he said. “I just assumed I’d see more.”

And while many candidates have reached out to Nevada’s Latinos, who make up 29% of the state’s population, Sanders has reached deep into Hispanic neighborhoods. He also has a well of support in northern Nevada and on college and university campuses.

Sanders’ operation is also targeting voters in Nevada’s far-flung places, with plans to bus voters to caucus sites. Barack Obama’s 2008 win is often attributed to his focus on rural voters, who have extra influence in a complicated caucus system.

Kimi Cole, the chair of the Rural Nevada Democratic Caucus, said when it comes to hitting rural voters, “Sanders is more consistent, but Buttigieg is hitting it very, very hard.”

“I talk to a lot of people who are just flat undecided at this point,” Cole said.

Buttigieg didn’t start building up his team in Nevada until August but has worked to catch up. He now has the second-biggest campaign in the state after Sanders, though he’s still struggled to win over black and Hispanic voters.

Warren built up one of the first campaigns in the state, giving the Massachusetts senator’s team more time to connect with Nevadans and try to get them to the polls. Klobuchar is still largely unknown in Nevada but has tried to build up a skeleton staff quickly.

She held a late-night town hall at a downtown Las Vegas movie theater Thursday night, telling several hundred attendees that people have counted her out, but she’s kept working.

“Talk to your friends. Say, ‘You know what? That woman from Minnesota — she can do this. She can build this coalition. She needs your help. She needs our help.’ So I’m asking you to do that. Call everyone you know,” Klobuchar said.

While billionaire philanthropist Tom Steyer fared poorly in Iowa and New Hampshire, he could be a contender in Nevada, where he’s blanketed the state with ads and billboards. Steyer’s past political activism established some connections for him in the state, but it’s unclear whether his smaller campaign staff can convert the name recognition into votes.

Clark County Commissioner Tick Segerblom, who is backing Sanders, said he thinks his candidate is going to come in first or second in the state, but Steyer could surprise people and do better than expected.

“He’s spent a lot of time and money educating and bringing people in,” Segerblom said.

With Sanders trying to consolidate the most liberal voters, “our real battle is with Warren,” Segerblom said. He then amended that statement, saying, “It’s not a battle because we’re on the same side.”

The other billionaire in the race, former New York City Mayor Mike Bloomberg, failed to file in time for Nevada’s caucuses and isn’t eligible to receive votes.