SEOUL, South Korea — President Donald Trump issued a Twitter invitation Saturday to North Korea’s Kim Jong Un to meet for a handshake at the Demilitarized Zone that separates the North and South, and expressed a willingness to cross the border for what would be a history-making photo opportunity.

The invitation, while long rumored in diplomatic circles, still came across as an impulsive display of showmanship by a president bent on obtaining a legacy-defining nuclear deal. North Korea responded by calling the offer a “very interesting suggestion.”

Presidential visits to the DMZ are traditionally carefully guarded secrets for security reasons. White House officials couldn’t immediately say whether Kim had agreed to meet with Trump. The president himself claimed before flying from Japan to South Korea that he wasn’t even sure Kim was in North Korea to accept the invitation.

“All I did is put out a feeler, if you’d like to meet,” Trump said later of the message to Kim. He added, somewhat implausibly: “I just thought of it this morning.” 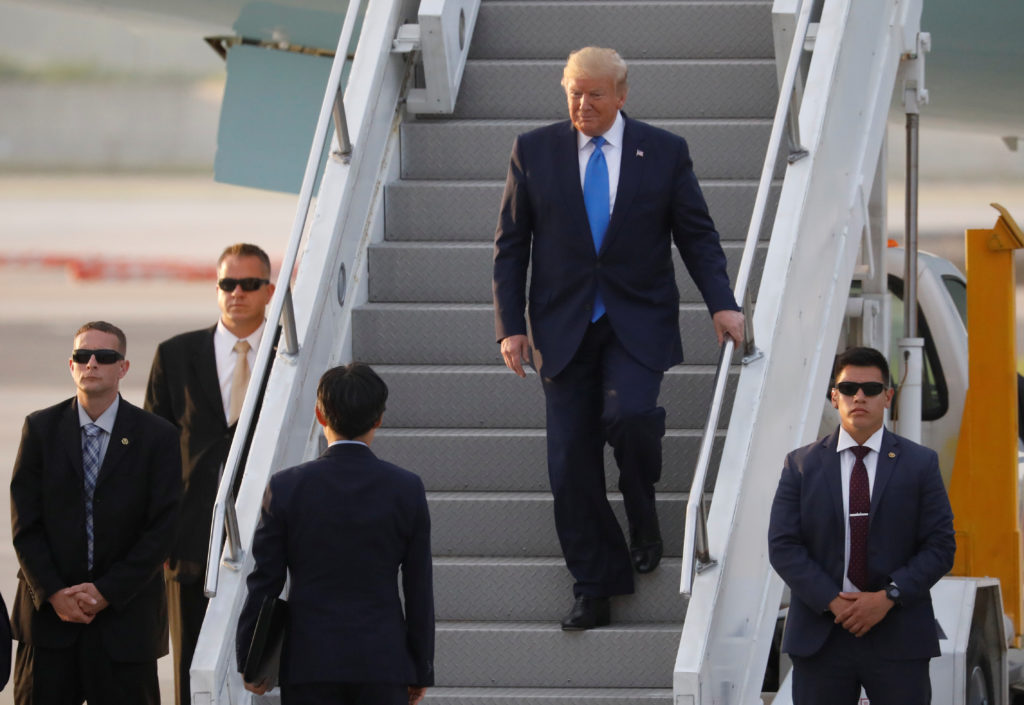 Later, after arriving in Seoul from a summit in Osaka of world leaders, Trump offered no further insight into his planned trip to the heavily fortified border. “It will be very interesting,” he said.

While in Japan, Trump said at a news conference that he was “literally visiting the DMZ,” but wasn’t sure whether Kim would meet him.

His comments followed hours after Trump asked for Kim to meet him there. “If Chairman Kim of North Korea sees this, I would meet him at the Border/DMZ just to shake his hand and say Hello(?)!” he wrote.

It was not immediately clear what the agenda, if any, would be for the potential third Trump-Kim meeting.

“If he’s there we’ll see each other for two minutes,” Trump predicted.

Such a spectacle would present a valuable propaganda victory for Kim, who, with his family, has long been denied the recognition they sought on the international stage.

Despite Trump’s comments Saturday, he had told The Hill newspaper in Washington in an interview this past week that he would be visiting the DMZ and “might” meet with Kim. The paper reported it had withheld Trump’s comments, citing security concerns by the White House. 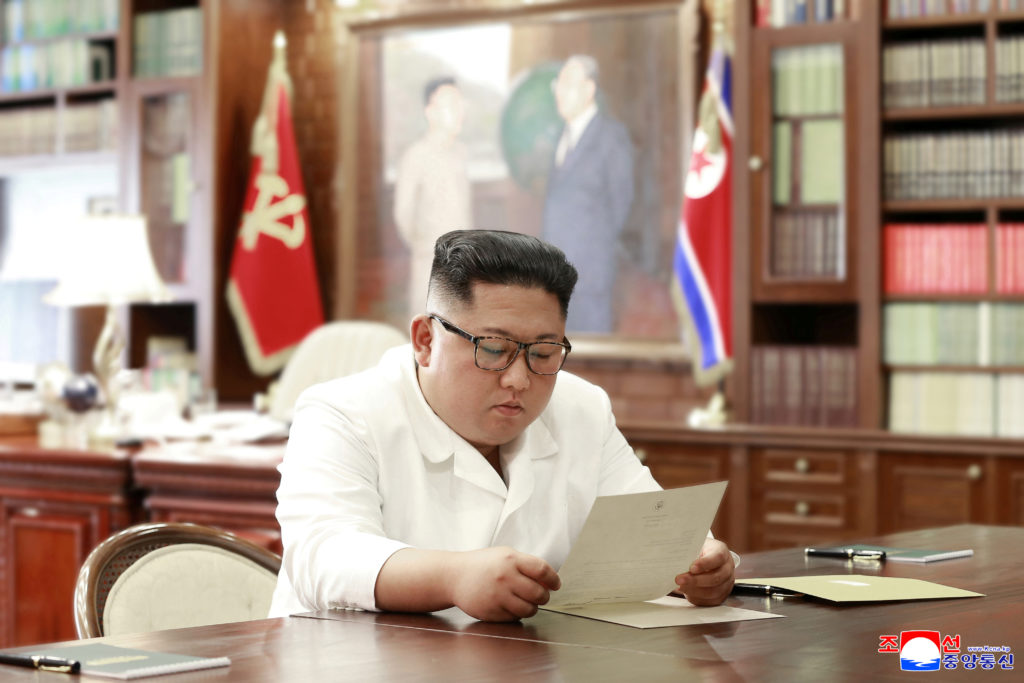 North Korea’s first vice foreign minister, Choe Son Hui, said the meeting, if realized, would serve as “another meaningful occasion in further deepening the personal relations between the two leaders and advancing the bilateral relations.”

South Korea’s presidential Blue House said in a tweet that Trump asked South Korean President Moon Jae-in at the Group of 20 meetings whether he’d seen Trump’s Twitter message to Kim. When Moon replied he had, Trump said “(Let’s) try doing it” and raised his thumb, the Blue House said.

A Moon aide told reporter after the presidents had dinner that they agreed a possible Trump-Kim meeting would be a “good thing.” Moon talked about Kim’s commitment to denuclearization, while Trump expressed his “amicable” views on Kim, according to the official, Yoon Do-han, who added that a meeting would help pave the way for the resumption of nuclear diplomacy.

Trump’s summit with Kim in Vietnam earlier this year collapsed without an agreement for denuclearizing the Korean Peninsula. He became the first sitting U.S. president to meet with the leader of the isolated nation last year, when they signed an agreement in Singapore to bring the North toward denuclearization.

Substantive talks between the nations have largely broken down since then. The North has balked at Trump’s insistence that it give up its weapons before it sees relief from crushing international sanctions.

Still, Trump has sought to praise Kim, who oversees an authoritarian government, in hopes of keeping the prospects of a deal alive, and the two have traded flowery letters in recent weeks.

Every president since Ronald Reagan has visited the 1953 armistice line, except for George H.W. Bush, who visited when he was vice president. The show of bravado and support for South Korea, one of America’s closest military allies, has evolved over the years to include binoculars and bomber jackets.

Trump, ever the showman, appears to be looking to one-up his predecessors with a Kim meeting.

As he left the White House for Asia earlier this week, Trump was asked whether he’d meet with Kim.

“I’ll be meeting with a lot of other people … but I may be speaking to him in a different form,” Trump said.

Such trips to the demilitarized zone are usually undertaken under heavy security and the utmost secrecy. Trump tried to visit the DMZ when he was in Seoul in November 2017, but his helicopter was grounded by heavy fog.

Trump has staked his self-professed deal-making reputation on his rapprochement with the North and has even turned it into a campaign rallying cry. Trump has repeatedly alleged that if he had lost the 2016 presidential campaign, the U.S. would be “at war” with North Korea over its nuclear weapons and ballistic missile programs.

The meeting would come at a time of escalating tensions. While North Korea has not recently tested a long-range missile that could reach the U.S., last month it fired off a series of short-range missiles. Trump has brushed off the significance of the tests, even as his own national security adviser, John Bolton, has said they violated U.N. Security Council resolutions.