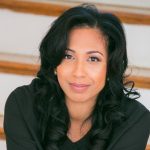 Column: Don’t be fooled. Clinton and Democrats have their own race problem

Editor’s Note: On Thursday, Aug. 18, at 5 p.m. EDT, the PBS NewsHour along with the Hutchins Center for African and African-American Research will present a special forum on “Race & the Race to the White House.” Leah Wright-Rigueur, assistant professor of public policy at Harvard University will join as a panelist. You can watch live and join in the discussion here.

We are in a curious historic moment. The nation’s first black president is ending his second term in office, the Democratic presidential nominee uses rhetoric that incorporates phrases like “systemic racism” and “intersectionality”, and the Republican presidential nominee is a man who makes explicit appeals to racial and economic anxieties under the banner of “Making America Great Again.”

To call race an “important” aspect of the 2016 presidential election would be an understatement. Race (and all of the nuances that come along with it) is so tightly intertwined with the politics of this election cycle that to dismiss it is to be stubbornly negligent.

For many voters, Donald Trump’s campaign offers an illustration of the centrality of race to the 2016 presidential election; instead of employing the usual dog-whistle politics, the New York businessman offers a bullhorn to broadcast his appeal.

READ MORE: Is Donald Trump losing his party with his rhetoric and leadership style?

Over the last year or so, much ink and digital space has been devoted to analyzing his campaign’s explicitly racialized appeals; the result is a lengthy list of antagonisms that is as troubling as it is exhausting. Trump’s campaign highlights the cataclysmic divide that exists between the GOP and minority voters. And such antagonisms undermine the already anemic minority outreach efforts of the Trump campaign and the Republican National Committee.

“The GOP has taken its racial woes to new levels by nominating a candidate who invites comparisons to George Wallace and Barry Goldwater.”

Although the party’s issues with race are far from new, the GOP has taken its racial woes to new levels by nominating a candidate who invites comparisons to presidential candidates George Wallace and Barry Goldwater.

In fact, in 1964, Martin Luther King Jr. argued that Goldwater, then the Republican presidential nominee, represented a threat to the “health, morality and survival of our nation.” More than 50 years later, his daughter, Bernice King, channeled her father’s angst when she called Donald Trump’s rhetoric “distasteful, disturbing, dangerous.” By nearly all accounts, racial minorities agree with this assessment, as do college-educated white voters, a group that has historically supported the Republican presidential nominee.

Yet, it is worth considering that the extremism of Donald Trump somewhat obscures the complex role that race has played in Hillary Clinton’s campaign for the presidency. This is particularly true for black voters, 83–95 percent of whom currently support the Democratic nominee.

Black voters had the highest turnout of any demographic in the 2012 presidential election and are credited with providing President Obama with his margin of victory in several battleground states. In total, more than 80 percent of racial minorities cast ballots for the president in 2012. Clinton clearly needs the support of this broad coalition if she wants to win the White House, and by all metrics, it appears that she will win that support.

This minority partisanship, however, tells us little about minorities’ actual support for the politics and policies of Clinton or about minority voters’ frustrations and needs. Even as Clinton tallies high levels of support from black, Latino and Asian voters, simmering tensions continue to bubble under the political surface and highlight fractures of major concern.

“The extremism of Donald Trump somewhat obscures the complex role that race has played in Hillary Clinton’s campaign.

Recurrent protests, domestic riots and the emergence of vocal reform movements like “Black Lives Matter” and “We the Protesters” illustrate substantial frustration with the politics and policies of both political parties. In some respects, it feels like a contradiction of sorts: as minority voters indicate high favorability ratings for Hillary Clinton, they simultaneously criticize her on a number of significant issues, including crime, welfare reform, foreign policy and her approach to continuing economic and racial inequality.

Such paradoxes are less puzzling when we consider that racial minorities aren’t politically monolithic, and that forcefully articulating political and policy grievances has long been used as a technique to push for social change.

Some of this friction also hints at a generational divide and differing approaches to two-party politics. Older voters of color may see their vote as a pragmatic one whereas younger voters tend to be highly critical of the boundaries of the two-party system. This is not a new phenomenon — the 1972 Gary Convention and minority voter abstention are but two examples — but this year, the criticisms appear especially sharp and carry significant weight.

In a recent GenForward survey, the majority of young black, Latino and Asian voters stated that a “third major party is needed,” because the Republican and Democratic parties had done a poor job of meeting the needs of the American public. The survey analysts even warned that the Democratic Party “cannot take the support of young adults of color for granted,” given this “strong desire” for an alternative.

As we shift into the final months of the 2016 presidential battle, we must wrestle with the nuances of race and the election. Even as the impact of race on this presidential contest may appear clear, it’s not so obvious what future elections will hold for both political parties.

This column is the second of a five-part series related to the 2016 Hutchins Forum on Race and the Race to the White House. In part one, conservative talk show host and GOP analyst Armstrong Williams explores whether the Republican party is hurt by nominee Donald Trump’s rhetoric and leadership style. Check out all the columns in this series by clicking here.

Leah Wright Rigueur is an Assistant Professor of Public Policy at the Harvard Kennedy School of Government. Link to my twitter handle: @leahrigueur ; Link to my website: www.leahrigueur.com.