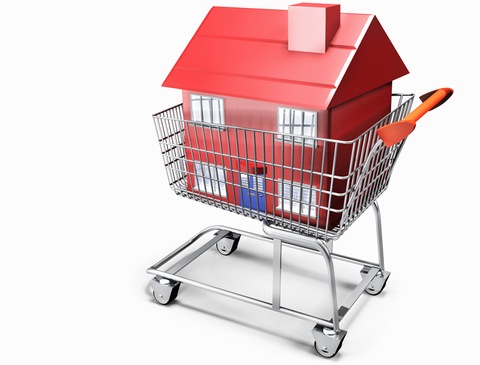 Image by Fusion via Getty Images.

Making Sen$e reporter/producer Elizabeth Shell files most of this post on Tuesday’s Case-Shiller housing index. The punchline: housing prices declined in September — not a good sign. Here’s her summary of the data (including her own partisan reaction to Detroit’s numbers) and a brief roundup of what others are making of the latest numbers:

Prices for the 20-city composite dropped 0.6 percent from their August level and also dropped 3.6 percent from their level a year ago — September 2010. Third quarter data also released show that overall, U.S. home prices are back to the level they were at in the first quarter of 2003.

This means national home prices are down 31.3 percent from their peak in the second quarter of 2006. And we’re up nearly 30.4 percent since the first quarter of 2000, which the index uses as a baseline.

As a Michigander rooting for Detroit’s economic health, I was excited to see that home prices there are up again. This makes three consecutive months of improvement over last year’s respective monthly readings. It’s the only U.S. metropolitan area of the 20 the index tracks to have that consecutive annual growth. According to the index, it’s up 3.7 percent annually.

Use this interactive to see how prices have changed since 2000 in these 20 metro areas:

As to what others are noting about the latest figures:

The long chain of better-than-expected economic data that helped drive stocks higher in October seems to have been broken. The latest example is the Case-Shiller home-price index for September. It fell 0.6% from August, a harder drop than the 0.1% economists expected. … This news is ancient and probably somewhat to be expected, but it’s still unwelcome. There was a brief period there when people thought housing was actually going to be a bright spot in the economy. It’s harder to see that happening these days, though conceivably it couldn’t get a whole lot worse. Knock on wood!

Eighteen of the 20 cities in the index showed a year-over- year decline, led by a 9.8 percent drop in Atlanta. Detroit showed the biggest year-over-year increase, with prices rising 3.7 percent in the 12 months to September. Property values in Washington were up 1 percent.

[The continued sliding housing prices] also highlights how US policymakers have failed to resolve the three interlinked crises gripping the housing market: the lack of credit or refinancing options for borrowers with lower credit scores, the continued overhang of foreclosed properties, and a plague of distressed or unoccupied homes that are dragging whole neighbourhoods down with them.