For Trump, a high-velocity threat like none he’s ever faced

WASHINGTON — From the moment Donald Trump became a national political figure, he has been shadowed by investigations and controversy.

They have been layered, lengthy and often inconclusive, leaving many Americans scandal-weary and numb to his behavior. And with each charge against him, Trump has perfected the art of deflection, seemingly gaining strength by bullying and belittling those who have dared to take him on.

Now Trump is facing a high-velocity threat like none he’s confronted before.

It has rapidly evolved from a process fight over a whistleblower complaint to an impeachment inquiry within two weeks. Much of the evidence is already in public view. A rough transcript of a phone call in which Trump asks Ukraine’s president to help investigate Democratic rival Joe Biden. The whistleblower’s detailed letter alleging the White House tried to cover up the call, and possibly others. 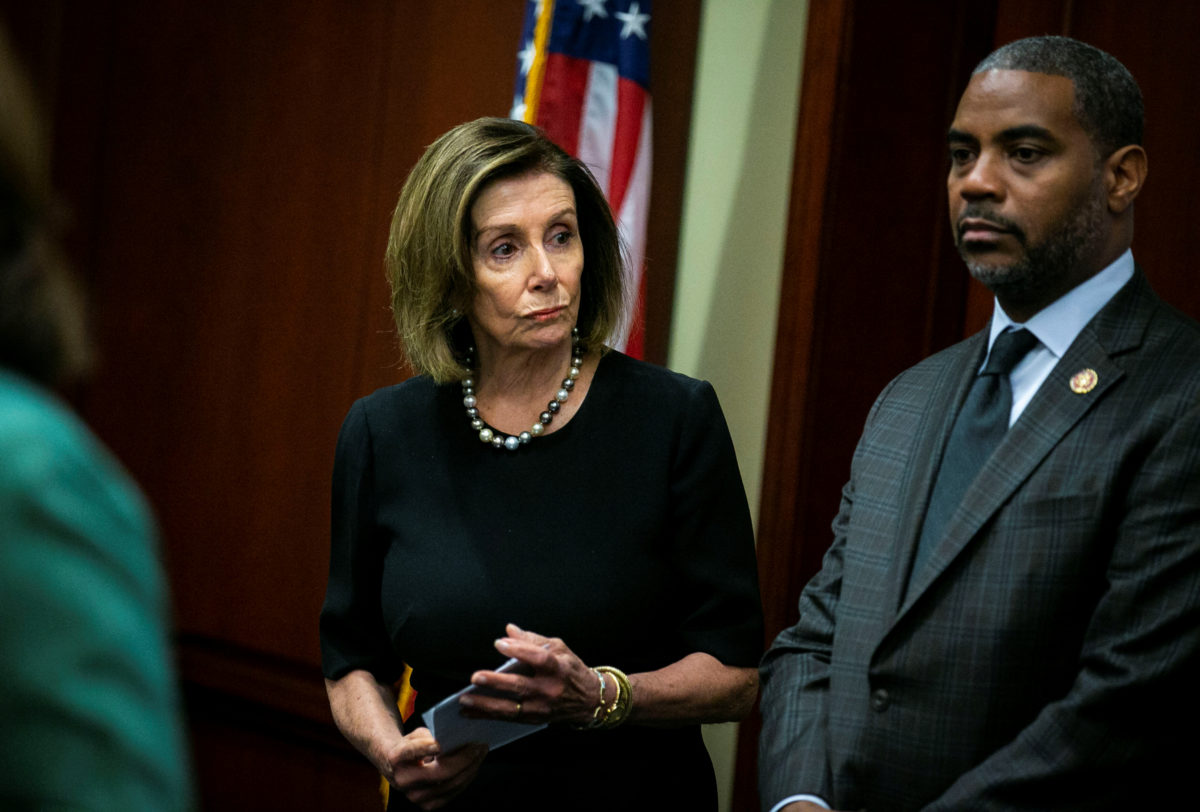 Unlike special counsel Robert Mueller’s two-year investigation, which circled an array of people in Trump’s orbit but not always the president himself, Trump doesn’t have the benefit of distance. His words and his actions are at the center of this investigation.

“The Mueller report , it was always Manafort this and his son that. There was a cascade of players,” said presidential historian Douglas Brinkley, referring to former Trump campaign chairman Paul Manafort and Donald Trump Jr. “This was just Donald Trump and a disturbing conversation with another world leader.”

So, suddenly, Washington is different and the history of Trump’s presidency has changed. By year’s end, he could become only the third American president impeached by the House of Representatives.

That new reality caught Trump and his advisers off guard, according to people close to the president. If anything, they thought the specter of impeachment had been lifted after the Mueller investigation ended without a clear determination that Trump had committed a crime.

The contours of that investigation played to Trump’s strengths. Mueller spent two years in silence, allowing the president to fill the vacuum with assertions that the investigation was a “hoax” and a “witch hunt.” The details of the investigation that did leak out were often complicated and focused on people in Trump’s sphere. Even Mueller’s pointed statement that he had not exonerated Trump did not seem to stick. There was ultimately plenty of smoke, but no smoking gun.

Numerous other Democratic inquiries appeared likely to meet a similar fate, including House investigation into Trump’s business dealings, his tax returns and a variety of administration scandals. For many Americans, they were one big blur of investigations without any clarity of purpose.

Then the whistleblower gave the Democrats what they needed: a simple, easily explainable charge — that the president sought a foreign government’s help for personal political gain — and his words to back it up. 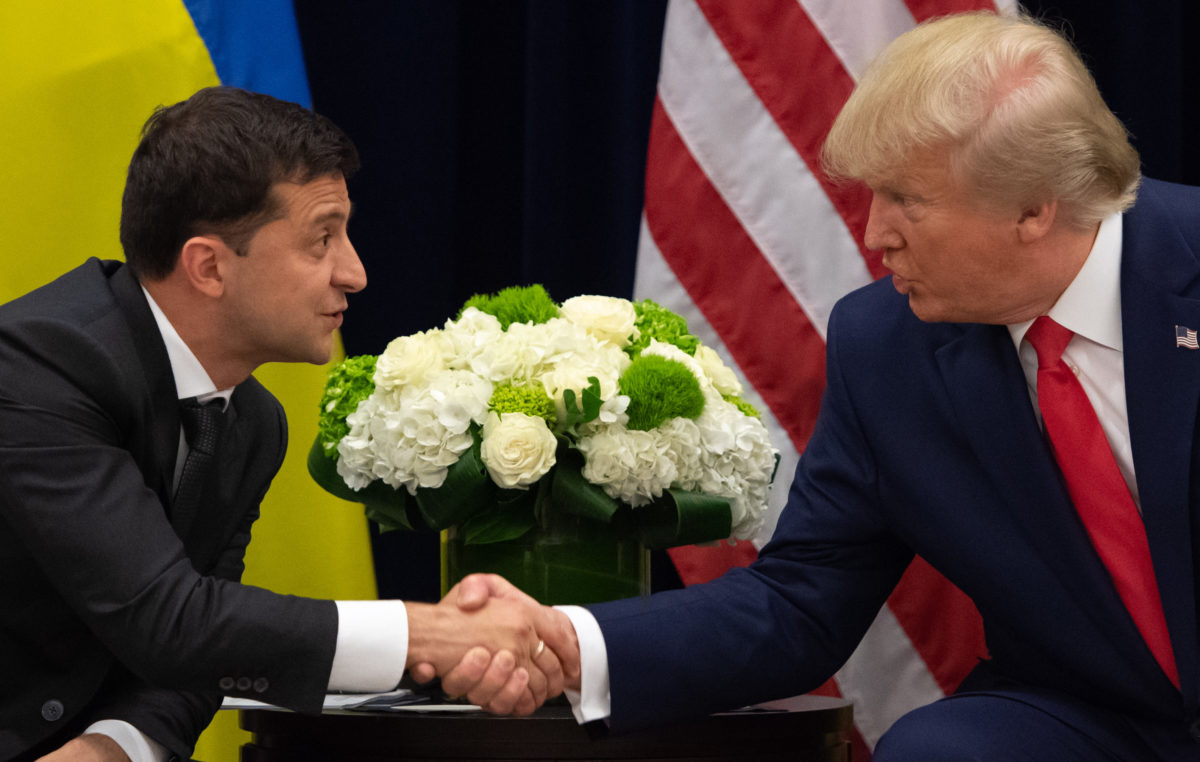 President Donald Trump and Ukrainian President Volodymyr Zelensky shake hands during a meeting in New York on the sidelines of the United Nations General Assembly. Photo by Saul Loeb/AFP/Getty Images

For House Speaker Nancy Pelosi , D-Calif., and several Democratic moderates who had resisted calls for impeachment, the calculus shifted . It was now more of a risk to recoil from impeachment than charge ahead.

“What we’re seeing right now is a completely different moment in the history of this country,” said Rep. Debbie Mucarsel-Powell, D-Fla.

One thing that didn’t change — at least not immediately — was the clear partisan divide over Trump’s actions, both in Washington and across the country.

According to a one-day NPR/PBS NewsHour/Marist poll conducted Wednesday, 49% of Americans approve of the House formally starting an impeachment inquiry into Trump. Among Democrats, 88% approve of the investigation, while 93% of Republicans disapprove.

Mike Staffieri, a retiree and Republican who lives just outside of Richmond, Virginia, said Democrats were trying to “throw enough poop at the wall and hope something sticks.”

On Capitol Hill, some Trump allies concurred, confidently dismissing the impeachment inquiry as just another partisan effort to take down a president who is despised by many Democrats. That rough transcript of a phone call in which Trump presses Ukraine’s president, Volodymyr Zelenskiy, to work with Attorney General William Barr and personal lawyer Rudy Giuliani on an investigation into Biden? It’s just Trump being Trump, according to his backers.

Mark Updegrove, a presidential historian and president of the LBJ Foundation in Austin, Texas, said it’s that enduring support from Republican lawmakers that currently separates Trump from Richard Nixon, who resigned in the midst of the Watergate impeachment inquiry because his party began to abandon him.

“The big difference between this and Watergate is that you had both Republicans and Democrats being deeply concerned about the president being involved in criminal wrongdoing,” Updegrove said. “It was a bipartisan effort and you certainly don’t have that here.”

But it is early, compared with Watergate. There were small signs that some Republicans were trying to keep some measure of distance from the president. Some GOP lawmakers fled Washington for a fall break claiming they hadn’t yet read the whistleblower’s complaint. Others said they were open to learning more about the situation.

Trump’s hold on the Republican Party makes it nearly impossible to foresee a scenario in which the GOP-controlled Senate convicts Trump if he were impeached by the Democratic-run House.

The president is acutely well aware that it’s his party alone that can protect him. In the midst of the past week’s firestorm, he tweeted to Republicans: “Stick together, play their game and fight hard Republicans.”

Left: President Donald Trump walks to address the media before boarding Marine One for a trip to New Mexico, on the South Lawn of the White House on September 16, 2019. Photo by Sarah Silbiger/Reuters