TOKYO — South Koreans cheered, Japanese snapped up a newspaper special edition and China made a suggestion Donald Trump may not like as the U.S. president held an unprecedented summit Tuesday with the leader of North Korea.

Trump became the first sitting American president to meet a North Korean leader when he and Kim Jong Un sat down to talk at a resort hotel in Singapore.

Around Asia and the world, many have welcomed a flurry of diplomacy between the two adversaries in recent months, after a year of mounting tension and threats. Hopes for peace on the long-divided Korean Peninsula, however, remain tempered by the many failed attempts in the past.

“The United States and North Korea have been in a state of antagonism for more than half a century,” Chinese Foreign Minister Wang Yi said. “Today, that the two countries’ highest leaders can sit together and have equal talks, has important and positive meaning, and is creating a new history.” 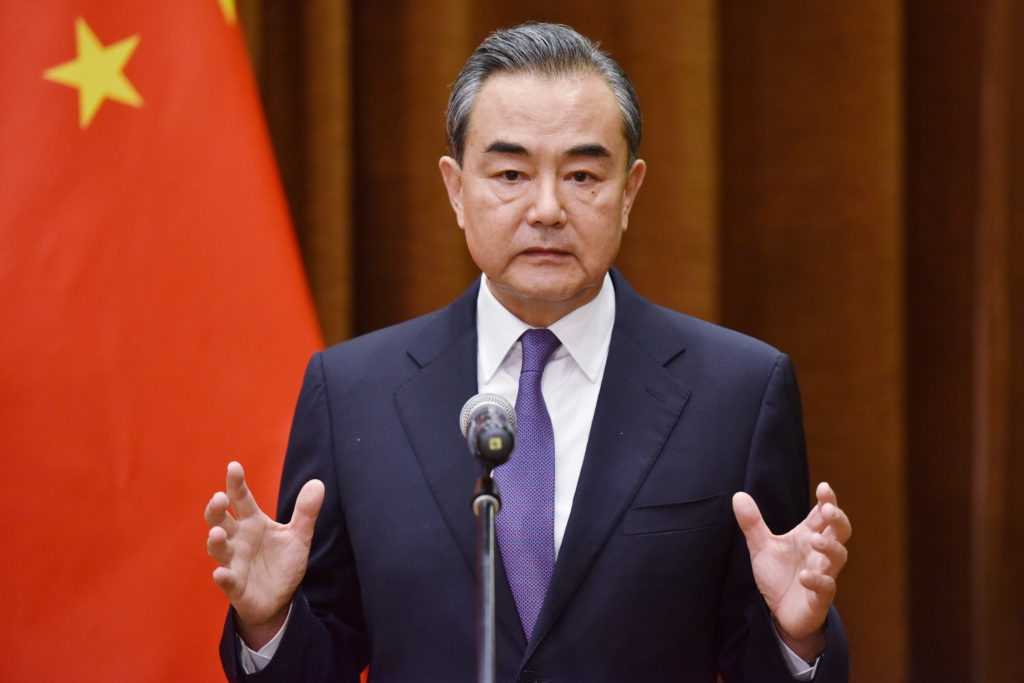 Chinese Foreign Ministry spokesman Geng Shuang later said that U.N. sanctions against North Korea could be suspended or lifted in accordance with the North’s actions. “We believe the Security Council should make efforts to support the diplomatic efforts at the present time,” he said.

Trump said at a post-summit news conference that he has held off from imposing additional sanctions, but that the U.S. would remove sanctions that are in place when the North’s nuclear weapons “are no longer a factor.”

The leaders of South Korea, Japan and Malaysia were among those wishing for a successful summit.

MORE: Read the document signed by Trump and Kim after the summit

The semi-official Fars news agency quoted government spokesman Mohammad Bagher Nobakht as saying: “We are facing a man who revokes his signature while abroad.”

South Korean President Moon Jae-in said he “could hardly sleep last night” in anticipation of the meeting and expressed hope for “complete denuclearization and peace.”

Japanese Prime Minister Shinzo Abe welcomed Kim’s written commitment to complete denuclearization in an agreement signed with Trump at the end of their meeting in Singapore. 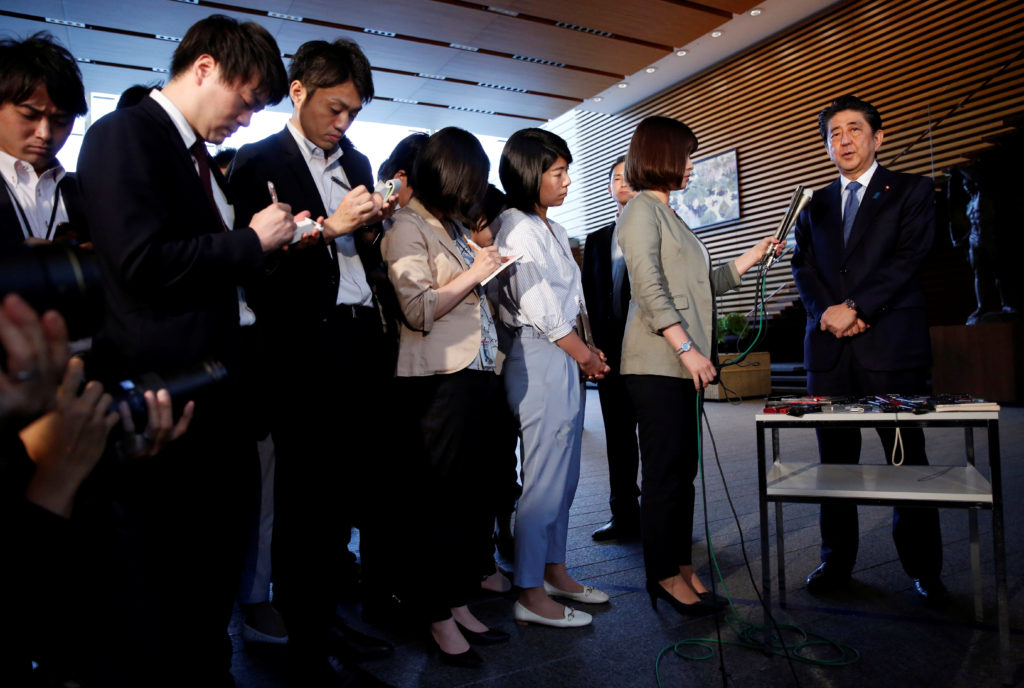 Japan’s Prime Minister Shinzo Abe speaks to media after the news conference by the President Donald Trump after the summit between the U.S. and North Korea in Singapore, at Abe’s official residence in Tokyo, Japan. Photo by Issei Kato/Reuters

New Malaysian Prime Minister Mahathir Mohamad, on a visit to Tokyo, said that “both sides must be prepared to give in certain issues if they expect to reach a good conclusion.”

At a train station in Seoul, the South Korean capital, people cheered and applauded as televisions screens broadcast the Trump-Kim handshake live.

“I really, really hope for a good outcome,” said Yoon Ji, a professor at Sungshin University in Seoul. “I am hoping for denuclearization and a peace agreement and also for North Korea’s economy to open up.”

Some questioned whether Kim would fully relinquish the weapons he may see as his only guarantee of survival.

“I am still not sure whether the North is willing to denuclearize or not,” said Jo Han-won. “We never knew much about the North Korean regime and it’s hard to distinguish what’s true and what’s false.”

China, which provided a Boeing 747 that flew Kim from Pyongyang to Singapore, wants to ensure its interests are preserved in any negotiations, namely that they don’t result in a unified Korea that is pro-American.

Hu Xijin, the editor of influential Communist Party newspaper Global Times, said that he was “truly happy for this moment.” He dismissed as cynical those Chinese internet users who asked if Beijing had been marginalized in these talks.

“I think these people really grew up in negative energy,” he wrote on his Sina Weibo microblog. “They should see how all the major media outlets around the world are commenting that China’s role in solving the denuclearization question is irreplaceable.” 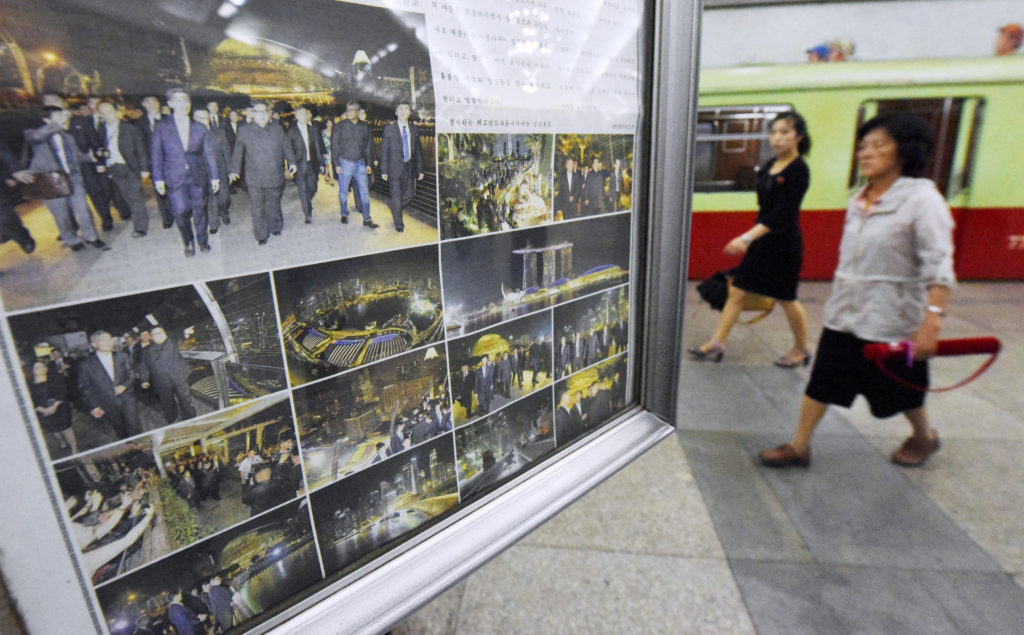 Japan’s largest newspaper, the Yomiuri, printed a one-page “extra” edition in both Japanese and English that was distributed for free in major cities 90 minutes after the meeting began.

Passers-by outside a Tokyo train station snapped up 500 copies in a flash, excited to have a souvenir of the historic event. They generally welcomed the meeting as a good first step but wondered if any progress would be made on the fate of Japanese abducted by North Korea in the 1970s and 1980s.

“My biggest concern is the abduction issue, then the nuclear and missile,” said 70-year-old retiree Tomoaki Kenmotsu. “I have no idea how much the abduction issue is being taken up at the summit, but I hope it will be a good start for that issue too.”

Abe thanked Trump for raising the issue with Kim and said that “Japan will deal firmly with North Korea face-to-face” to resolve it.

The hard work remains to come, said Momoko Shimada, a 20-year-old student: “After the handshake and political show will be the real action. I believe that won’t be easy.”

Left: A TV screen shows a news report about the meeting between U.S. President Donald Trump and North Korea's leader Kim Jong Un at a media center for the summit, in Singapore. Photo by Tyrone Siu/Reuters