What You Need to Know: Dems, GOP tussle over witnesses

WASHINGTON — For only the fourth time in U.S. history, the House of Representatives has started a presidential impeachment inquiry. House committees are trying to determine whether President Donald Trump violated his oath of office by asking Ukraine to investigate political rival Joe Biden and his family and to investigate the country’s involvement in the 2016 U.S. presidential election.

A quick summary of the latest news and what’s to come:

WHAT YOU NEED TO KNOW

Democrats and Republicans are already tussling over which witnesses to call for the public impeachment hearings in the coming week.

On Saturday, Republicans released a list of people they want to hear from. Among them: Biden’s son, Hunter; one of his former associates at a Ukrainian energy company; and the anonymous whistleblower.

But Republicans need the committee’s approval to summon their witnesses and Democrats are in the majority. The committee chairman, California Rep. Adam Schiff, quickly cast doubt on whether Republicans will get their way.

Without getting into specifics, Schiff said he won’t let the hearings serve as a vehicle to conduct “sham investigations” into the Bidens or the 2016 election. Nor will he let the hearings aid Trump’s “effort to threaten, intimate and retaliate against the whistleblower.”

—Altogether, Republicans want to hear public testimony from eight people they identified, some of whom have already testified privately. They also want to hear from anonymous officials who helped the whistleblower prepare his or her complaint.

The top Republican on the committee, California Rep. Devin Nunes, said Democrats are conducting a one-sided inquiry and it’s important to hear from certain people familiar with Ukrainian corruption and political machinations.

Trump says he will release an account of another phone call with Ukraine’s leader. His conversation with Volodymyr Zelenskiy in July sparked the impeachment inquiry against him when he was heard pressing the new president for a political favor.

The two also spoke in April, soon after Zelenskiy won election. Trump said Saturday he has no problem making details of that call public. He says he’ll probably do it Tuesday.

—Investigators in the inquiry on Friday released hundreds of pages of testimony from Fiona Hill, a former White House Russia adviser, and Lt. Col. Alexander Vindman, an Army officer assigned to the National Security Council. Both testified they were concerned Trump was inappropriately pressuring Ukraine to investigate Democrats. 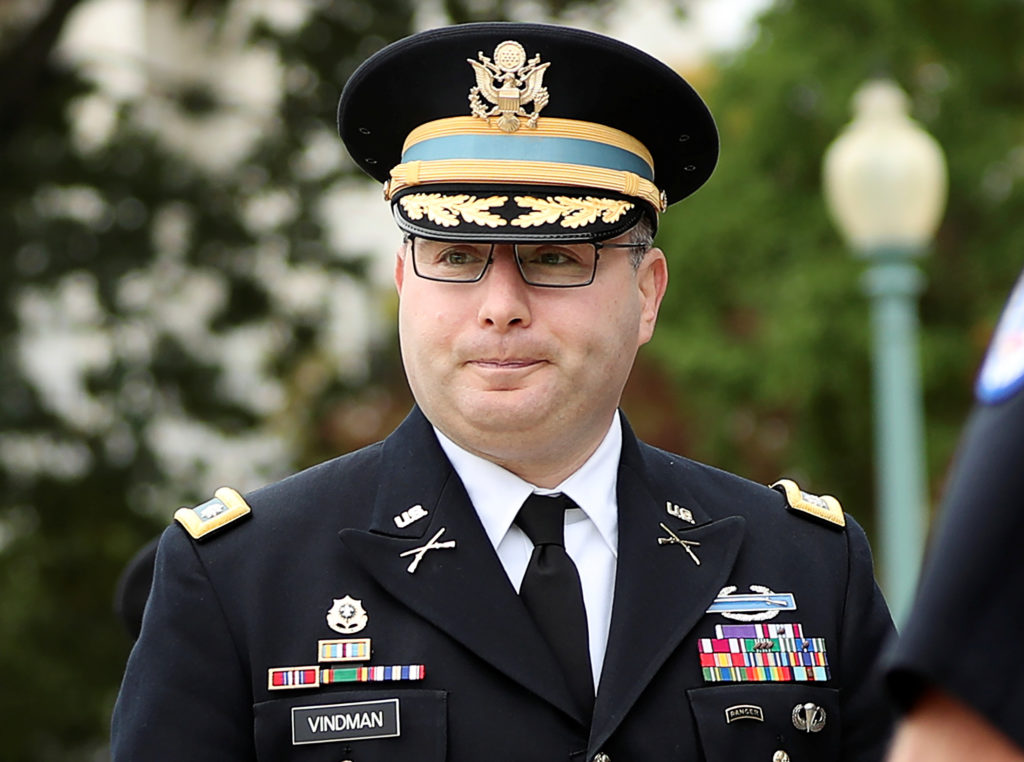 — Ivanka Trump told The Associated Press Friday that the identity of whistleblower is “not particularly relevant” and “shouldn’t be a substantive part of the conversation.” The whistleblower sparked the inquiry into Trump’s efforts to pressure Ukraine to investigate former vice president Joe Biden and his son Hunter Biden.

—John Bolton, Trump’s former national security adviser, was aware of “many relevant meetings and conversations” related to the Ukraine pressure campaign that House impeachment investigators have not yet learned about, his attorney Charles Cooper wrote in a letter to the House general counsel. Cooper wants a federal judge to determine whether Bolton and his former deputy, Charles Kupperman, can be compelled to testify against the White House wishes.

—acting White House chief of staff Mick Mulvaney and Office of Management and Budget associate director Marky Sandy defied House investigator subpoenas and were no-shows for their scheduled depositions. Mulvaney has asked to join a lawsuit brought by another of the president’s advisers challenging a congressional subpoena. That suit, filed by former deputy national security adviser Charles Kupperman, asks a court to decide which of two directives Kupperman must follow — one from Congress ordering him to testify, the other from the White House telling him not to. A lawyer for Mulvaney says his case presents the same legal issues as Kupperman’s and that he is a closer and even more senior adviser to the president than Kupperman was. 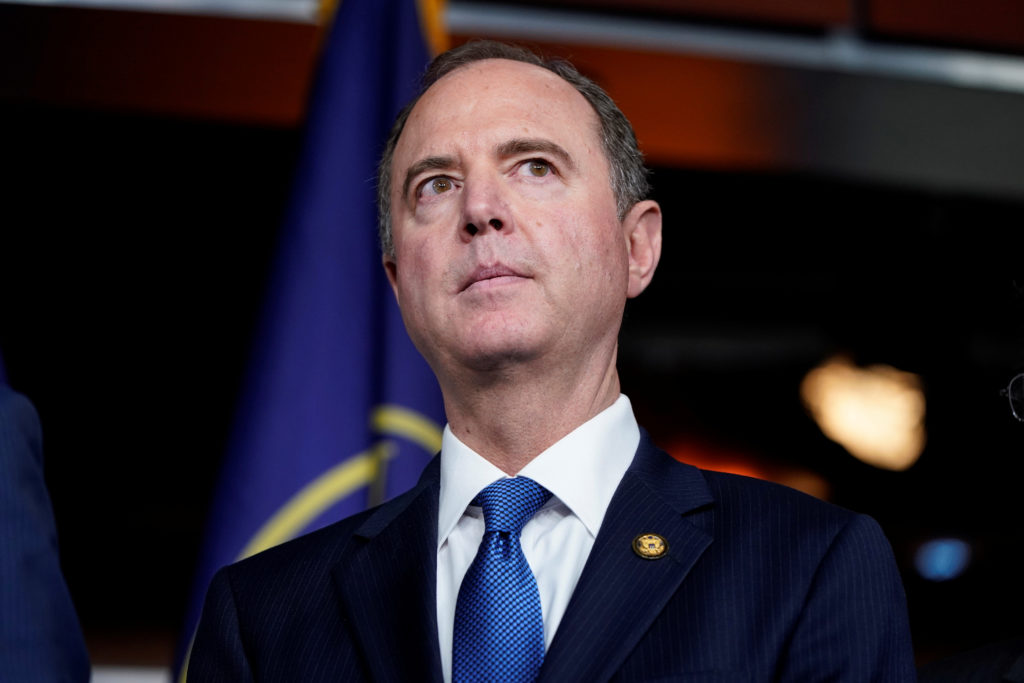 Chairman of the House Intelligence Committee Adam Schiff (D-CA) speaks during a media briefing after a House vote approving rules for an impeachment inquiry into U.S. President Trump on Capitol Hill in Washington, U.S., October 31, 2019. Photo by Joshua Roberts/Reuters

Yovanovitch was ousted in May on Trump’s orders and Taylor replaced her; both have testified about their concerns with the administration’s policy on Ukraine. The committee also must consider whether to summon the witnesses sought by Republicans, who call the impeachment process a sham.

This past week, a dozen Trump administration figures, including big names like Mulvaney and Bolton, declined to appear before the Democratic-led panel. Democrats are wrapping up the closed-door portion of the proceedings.

Trump’s daughter and presidential aide Ivanka Trump granted a rare interview while on a trip to Morocco. Speaking with The Associated Press, she questioned the motives of the anonymous whistleblower whose allegations touched off the Trump impeachment inquiry and suggested that former Vice President Joe Biden profited from his time in public service.